revolving television (not only) for millennials 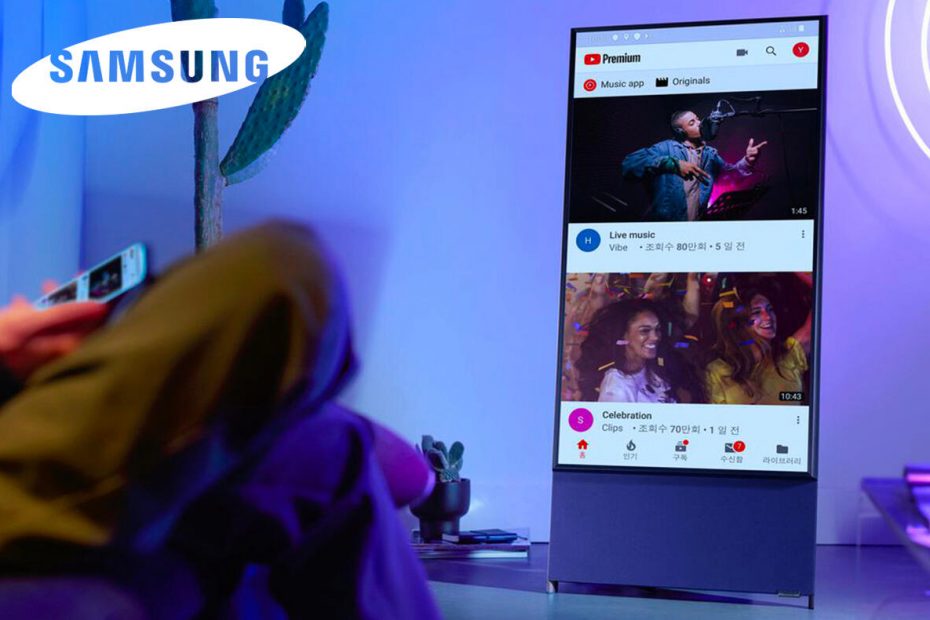 Some time ago, Samsung introduced several new TVs, including the Samsung Sero TV. The first rotating television in the world, which is (as the company itself often claims) intended mainly for millennials. Generation Y is growing up at a time of the greatest technological rise, it is being used extensively, so the South Korean giant thought it would be a good idea to make a television that can be turned into a gigantic phone display. Is it a good idea, or is it just pure geekovine that you will not use? We will answer that in today’s review.

Design and quality of workmanship of Samsung Sero TV

When the Samsung Sero TV was delivered to us, we felt that in addition to the TV, there was also a bag of cement in the box. Really, if you’re buying a TV, you’d better go to the store in two. They weigh the decent 33,3 kg and you simply can’t carry them yourself (assuming you don’t lift tens of kilograms higher on the benchpress). The assembly itself can then be done, but in two it is also better. Samsung Sero TV is unique in several ways. If you have a suitable interior, it can be used like a still life and have a wallpaper, clock or anything else on it. On the other hand, it is sometimes difficult to place it properly. As it is delivered with stand, by the way, where the speakers are located (we’ll talk about that in the next section), you have to carefully choose where you sit it.

If you sit too low, you are unlucky. The TV has a slight tilt and cannot be manipulated in any way. We tried to have her both on the floor and on the table, and in the end we decided on the second option, because we have her in the bedroom and our bed is relatively high. The quality of processing is then in our opinion on high level. If you install everything well, it will not throw anything anywhere and the TV is very solid. If you want, you can buy for easier handling wheels, which, unfortunately, are not part of the package.

You are able to connect up to three different external devices to the Samsung Sero TV using HDMI 2.0. Since the panel has 50/60 Hz, the absence of HDMI 2.1 does not matter. But what we regret is absence Ethernet portu, which would make the internet connection more stable.

reading: 5 minutes ( save for later