In the legends of the Arafinn world, you could learn something about the famous and powerful family of dwarves from the genus Stonebeards, or Stone Beards, if you will. But after these master blacksmiths, the ground collapsed, which only supports your curiosity. In the game Return to Nangrim, you go to their homeland – the bowels of Mount Nimbor, where you try to find out what happened to the famous dwarves.

Return to Nangrim is primarily a first-person adventure in which elements of RPG and survival come into play. A torch will become your most faithful friend in the dark underground corridors, which will both illuminate the path in front of you, warm you, and drive away the horrors that hide in the darkness. 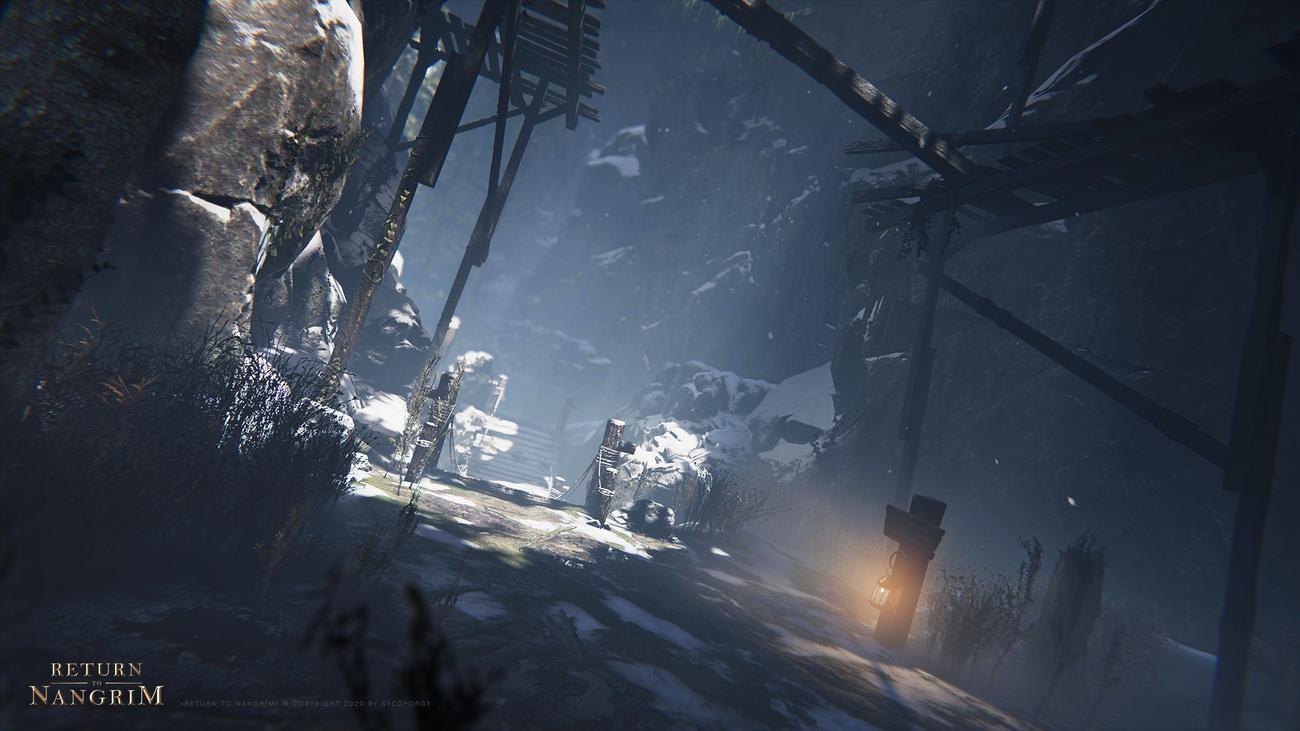 You have to learn how to keep your torch active for as long as possible, so you can further improve it with the help of crafting. But don’t think it’s one of those games where you’re otherwise completely defenseless. You can also grab a war ax.

In the underground maze, a study of the dwarf runes of Hilduir awaits you, with the help of which you gradually put together fragments of a story and solve puzzles. Some of the content is subject to procedural generation, from which the creators promise in particular that each player will experience something different (but we all know how it often turns out with these ambitions as a result).

The Sycoforge studio didn’t show us much about the game itself, but his team has been working for Arafinn’s world for years, where Return to Nangrim takes place. It seems that the creators focus mainly on telling stories from their own world, which should not be to the detriment of a dark first-person adventure. You can read one such story on the official website in an interactive book, or you don’t even have to read it, as its texts are dubbed.

Return to Nangrim has a long way to go. The release date is currently set to 2022 and the creators are developing the game for PC, PlayStation 4 and Xbox One. But who knows, even the new generation consoles will be included in the list.