release date, gameplay, multiplayer, all you need to know about FPS 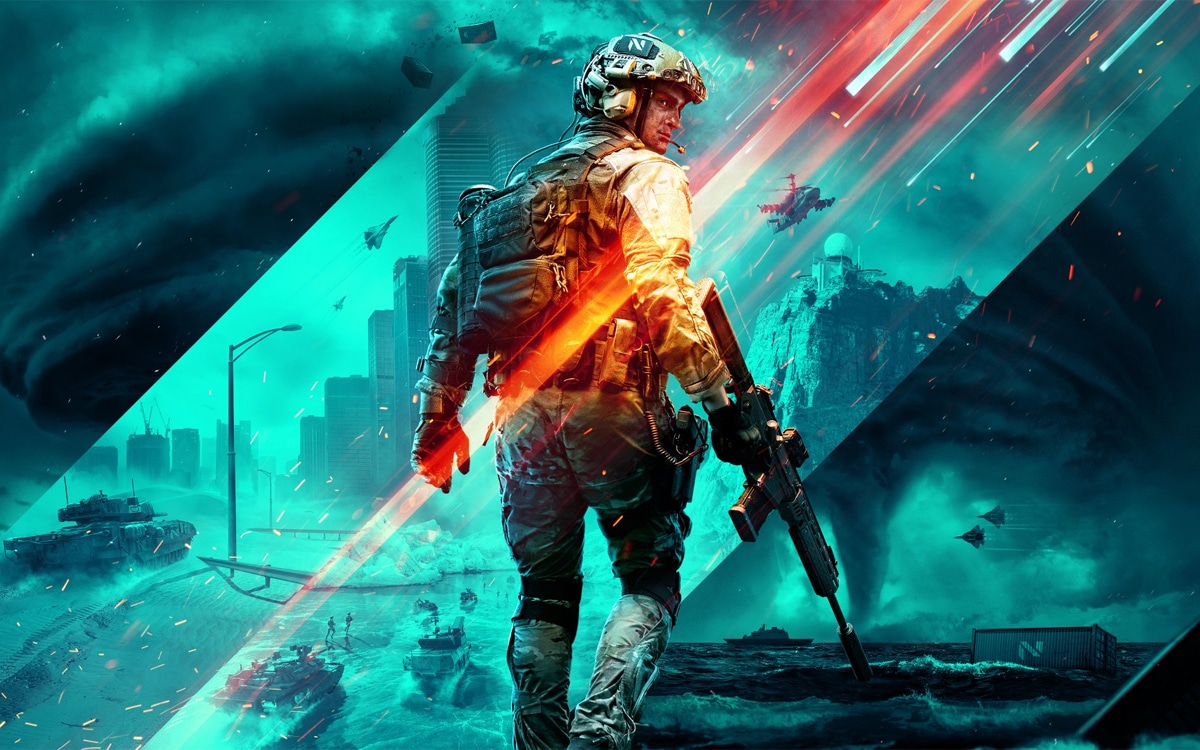 Battlefield 2042, formerly Battlefield 6, will arrive at the end of the year on PC and on consoles of old and new generations. Gameplay mechanics, release date, game modes, we take stock of everything we know about the next FPS from EA and DICE.

It’s official, a new Battlefield is under development. Baptized Battlefield 2042, this opus will take place during a fictitious third world war initiated between Russia and the United States. A direct sequel to Battlefield 3 and 4, Battlefield 2042 will offer players the opportunity to take part in futuristic clashes, where robotics, drones and other high-tech devices will take center stage.

We also recently know that the former director of Call Of Duty games has become the head of the Battlefield franchise, a sign of EA’s ambition for Battlefield 2042, which will have the heavy task of winning against the next one. COD and in Warzone, the famous Battle Royale mode.

Andrew Wilson, CEO of EA, has repeatedly said that the Battlefield 2042 release date is scheduled for “Holyday 2021”, ie the end of the year 2021. While we could expect a release in November 2021, in particular to counter a certain Call of Duty, Battlefield 2042 will finally land in your stores October 22, 2021.

Let’s keep in mind thata postponement is always possible. The video game industry is increasingly marked by lengthening development times and players are no longer even shocked when such announcements occur. And after the Cyberpunk 2077 fiasco, there’s no doubt that the publisher and studio teams will think twice before releasing a game that isn’t quite ready yet. On June 9, 2021, a first official trailer was released on the Internet.

🕹 What media is Battlefield 2042 available on?

As expected, Battlefield 2042 will be released on almost all existing platforms except the Nintendo Switch. The most ambitious versions are obviously to be found on the side of the PC, the PS5 and the Xbox Series X and S. However, the CEO of EA Andrew Wilson has confirmed that the versions PS4 and Xbox One will be as “great” as the others.

Certain indiscretions state that two distinct teams have been created for the development of the game: one in charge of the new gen versions and the other in charge of the old gen versions. What to hope for good optimizations for all the supports. EA has already confirmed that the old gen versions will be confined to clashes with 64 players, and not with 128 as on PC, PS5 and Xbox Series. In addition, crossplay will only be possible between new generation platforms (PC, PS5 and Xbox Series).

🕰 What is the period of history in Battlefield 2042?

Battlefield V brought us into the midst of World War II, while Battlefield 1 before it brought us through the horrors of the Great War. This time around, Battlefield 2042 will tackle a fictional setting, and not a historical conflict as the series has been accustomed to for a few opus. The game will depict a world ravaged by a Third World War between NATO and Russian forces, amid energy crises and widespread famine.

🏃🏻‍♂️ Will there be a single player mode in Battlefield 2042?

While Battlefield 1 and 5 both offered a single player campaign (which never quite matched those of Call of Duty unfortunately), DICE decided to skip the single player mode with Battlefield 2042. The Swedish developers have confirmed the decision. thing at the end of the broadcast of the first official trailer of the title. You will understand, if you were waiting for an explosive single-player campaign, you will have to go back.

Andrew Wilson teased cards “On a scale never seen before” and battles “More massive and immersive” as well as with “More players” than ever before. All thanks to the technical capabilities provided by the new generation consoles. As had previous leaks, Battlefield 2042 will therefore offer major clashes with 128 players, in any case on PC, PS5 and Xbox Series X and Series S. It will be necessary to be satisfied with fights with 64 players on the old gen consoles.

For now, DICE has revealed the existence of three distinct multiplayer modes:

Note that empty servers will be automatically filled with bots, in order to avoid too long before starting a game. In this regard, EA confirmed that it will be very complicated to see the difference between an AI and a human player. Indeed, Justin Wiebe, artistic director of the title, ensures that the bots will have the same possibilities as a human. In other words, he will be able to take initiatives, attack positions, revive players on the ground, hold a position or even shoot down an enemy helicopter flying over the area. Note that it will be possible to give instructions to the bots, so that they watch your back for example.

As evidenced by the first trailer for Battlefield 2042, the developers of DICE seem to have pushed the Frosbite engine to its ultimate limits, with gigantic maps, beautiful verticality, and above all fully destructible backgrounds. A feature mysteriously disappeared for a few episodes and which is finally back on this opus.

So far, DICE has announced seven multiplayer maps when the title launches in October 2021:

Battlefield 6 goes “Mark a return to all-out military war“, according to Andrew Wilson. “The Next Vision of Battlefield takes all the destruction, player influence, and vehicle and weapon battles the franchise is known for and elevates it to another level”, he adds. Laura Miele, Head of EA Studios, adds another layer when she talks about “Epic battles” and of “loyalty” like “We have never witnessed it”.

If the trailer does indeed invite us to take their word for it, there is one detail that the players clearly weren’t expecting. Indeed, Battlefield 2042 will integrate a class system, via specialists with their own capacities and skills. We find this system in several titles, such as Rainbow Six Siege or Apex Legends. According to DICE, ten characters will be available at launch.

Here is the profile of four of them in detail:

Among other new gameplay mechanics revealed by DICE, players will have the option to modify the accessories of their weapons in real time, without going through a dedicated menu. This will therefore allow players to adapt their weapons according to the situation, either by installing a long-range sight to dislodge a troublesome sniper, or by opting for a grenade launcher under the barrel to get some campers out of a building.

In addition, it will be visibly possible order the delivery of vehicles via a touchscreen tablet. However, we found this mechanism in Battlefield v, where squad leaders could command various bonuses, such as artillery strikes or tanks, via radio. For balancing issues, it will not be possible to request a fighter plane if several of them are already active on the map. Finally, Battlefield 2042 will give way to fashion seasonal passes, with cosmetic rewards for owner players. For the first year, DICE intends to offer four seasons, which will offer their share of outfits, weapon skins, emotes and whatnot.

During E3 2021, Electronic Arts gave fans a gameplay video (seen above). The main sequence uses the Hourglass map (gigantic!) And shows the full potential of the game. Squads of 4, 4 character classes (each with their own specialty), possibility of customizing weapons at any time during the game , more vehicles, are all elements that the publisher unveiled during the gameplay video. In short: the game is for the moment really wanting! Can’t wait for the exit!