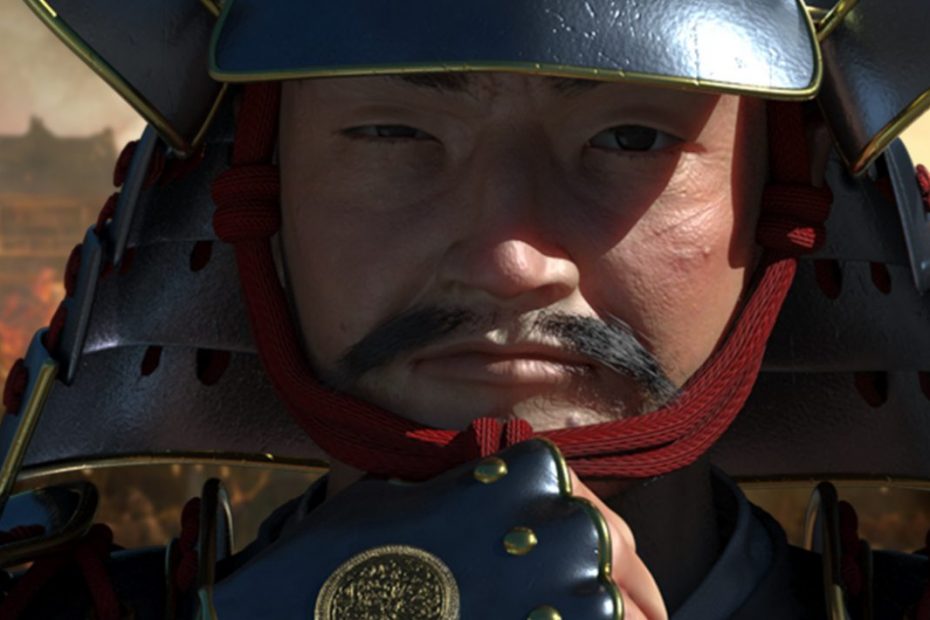 MYou can be the Vietnamese king Thuc Phan, stuff yourself with rice and gain fleeting glory with an ax and arrows in endless greenery. You can be the Chinese king of the Chin dynasty, stuff yourself with rice and gradually crush one province after another… A or build a wall. You can be a Japanese leader and, in the name of the Oda clan, conquer castles, climb walls and kill ninja shurikens, stuff it with rice and drink it with Korean and Chinese blood. You can be Genghis Khan and tear the earth from west to east with the hooves of war horses, tear down and crush with the wind in your hair… Did I mention stuffing rice?

No, eating is necessary – and eaten subject, equals satisfied. He also knows this well in FireFly Studios, the authors of the new part of the well-known RTS series Stronghold. Warlords take place in Asian countries and transfer well-known game principles to new scenes, for example as an economic model based on a fed citizen. From a technical and artistic point of view, there is definitely no big “refreshment” or modernization of the classics (after looking at the screenshots it is clear that the budget was not one of the highest), but the gameplay itself fortunately takes a number of steps to break the stereotype and also justify why “warlords “They became a key innovation presented before the release and literally made their way into the title of the game.

The core of the single-player part is four war campaigns and one economic campaign (but even during it there will be small and large skirmishes), taking place in Vietnam, China, Japan and Mongolia. Surprisingly, they do not just revolve around building and conquering fortresses, fortresses or castles, but they vary different types of missions. Sometimes a purely war assignment without an economic side, other times more with an emphasis on the conquest of individual estates and diplomacy, averting increasingly strong waves of enemies, other times building an army for the rest of a well-fortified estate.

Unfortunately, the mentioned economic campaign brought rather disappointment in most missions – the time limit is aimed at forcing the player to be effective, but at the same time the game also uses unfair elements. Unexpected setbacks, like the suddenly burning half of the city, the swine flu, which prevents the task from being completed in a single day, forces him to repeat the mission twice or three times; but it no longer has anything to offer and becomes an annoying duty. On the other hand, most scenarios where the player has all the systems at his disposal (ie he can build buildings, recruit and manage soldiers and conduct diplomacy), on the contrary, he look too calm at medium difficulty.

Plan for the end of your enemy

The interface for working with warlords is pleasantly clear and it is possible to plan a nice attack on the enemy by four armies, as you can see in the picture. But beware of one thing – even when sending envoys, improving provinces or asking for the mission of wood or stone, game time is still running and on the main map, the enemy army can still massacre your villagers …

Scripting and artificial intelligence are mainly to blame. The enemies do not change the routes along which they send their armies, they form similar offensive alliances – and the player only solves the puzzle of how best to deploy their own forces and where to catch the enemy. Unfortunately, in the end he will be surprised by his own units, which will be massacred by shooters outside their own radius of action, without escaping or throwing themselves into battle.

The Warlords system completely refreshes the gameplay and adds an interesting level. On the one hand, it is interesting that a player can invest diplomatic points – but also conquer the province of a neutral master by force. If you already have your lazy people, it is necessary to watch out for both peace and armed envoys. Individual gentlemen control a certain smaller area within the map, on which they have their fortress. According to the designation (animal names such as Turtle, Dragon, Tiger or Ox), you can also recognize the focus and bonus that can bring the empire. Some thus become a source of resources that cannot be mined in the player’s territory, others help with defense, players can provide extra soldiers or even organize their own army to attack a selected enemy territory.

The player in missions often balances and divides the forces: whether to invest in the protection of more provinces and thus fragment the army, or to make a decisive attack.

While the moments of coordinating an attack by three different warlords on an enemy castle before a modest platoon of samurai arrive with it are among the best you will experience while playing the new Stronghold, other aspects of the feudal system are no longer so clearly positive. The player in missions often balances and divides the forces: whether to invest in the protection of more provinces and thus fragment the army, or to make a decisive attack. This is one of the pros and enriches strategic thinking. But – it is not possible to build one’s own buildings or fortifications in the territory of the lords, which loses the charm, the feeling of one’s own cleverness and careful planning. The player builds a beautiful fortification around his own province; but then he will not let the enemy go to him and will not admire how he will break the thoughtful walls. Instead, even a not very effectively designed castle prevents, because it would be a shame to lose the regular supply of iron ore from a particular warlord…

From the field to the teahouse

In the construction part, the authors tried to insert the level of care for civilians and soldiers. The player must balance the improvement of his city in order to obtain money and tools for recruiting the strongest possible army. The main income is usually made up of residents who pay taxes depending on their satisfaction, which is increased by enough food and its variety, the presence of teahouses or the availability of silk clothing. It also depends on the quality of the buildings and the factor of pious respect or fear. With enough money and free villagers, it is possible to build an armory, a barracks and the production of individual types of weapons. In a way, it’s strange that the game no longer solves the maintenance of the largest army: once made, an archer costs something, but he no longer asks for a salary or a bowl of rice. Given that soldiers are sent into battle and often die in dozens, this is probably an understandable design decision.

The battles themselves are in the spirit of the 1990s and “zero” RTS – brute force usually wins, although a basic understanding is needed as to where each type of soldier is useful. The archers continued to shoot, the crossbowmen to the armor. Samurai are strong but slow, hatchets weak, but they can go around the enemy and cut a dangerous catapult. When conquering castles, special and support units such as mantillas, ladder infantry or units using gunpowder will also be used (for example, a “rocket launcher”, which looks like part of Gandalf’s fireworks). This is not a bad offer, although it is definitely not possible to say that the game would make the most of the Asian standings. It is also not entirely ideal that even ordinary soldiers can break down solid stone walls, so it is often a faster way to successfully recruit a large group of cheaper units than careful pipetting with catapults and mining machines, which also move around the map more slowly and the final phase of missions. so brakes.

The moderate joy of the fairly traditional RTS gameplay was my dominant feeling when going through scenarios and testing free battles. You can jump to Stronghold: Warlords with the same straight legs as when you turn on Age of Empires after years. Nevertheless: in 2021 this characteristic should not be enough for a higher than slightly above-average rating. The overall level of the presentation is hardly average, the game is neither a history teacher nor an interesting story in singleplayer, the development and progress compared to the old parts of the series is small and the stunting that spoils the impression of playing, there are many.

Who knows what he’s getting into will not be disappointed with this “Asian Stronghold”. But the game luring Genghis Khan’s war campaign, the construction of the Great Wall of China (by the way, in just one and quite boring mission) or the expansion of the Japanese Oda clan, was to offer much, much more.