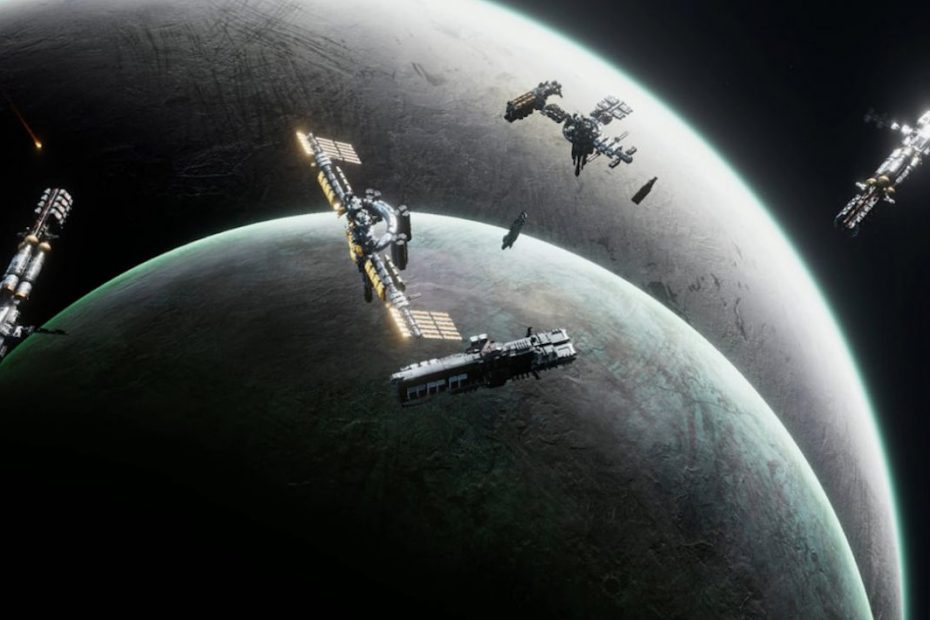 Stutter Fox Studios is a one-man team founded in 2019 by Australian Todd D’Arcy. He embarked on a sci-fi real-time strategy called Falling Frontier. It attracts us to building, war and exploration and discovery. The author promises that in this case he will connect the classic RTS elements with a number of innovative functions, including destruction based on real physics. He wants to come up with the depth that players usually associate with 4X strategies.

According to him, D’Arcy was inspired by sci-fi classics such as Dune or Alien, but he tries to stick to realism and suppress fantasy as much as possible within this genre.

At the beginning of the game we will rule a single planet or moon with a small group of colonists. But from there we will expand further. In addition to the spaceport, we will gradually build a shipyard for civilian and military machines and begin to mine minerals in our immediate vicinity. The game will allow us to modify individual ships and their parts as needed, it will be possible to modify internal and external systems and, of course, the design itself. The aim of the game is, of course, to expand your influence as far as possible.

Economics, resources and logistics should play a more important role in Falling Frontier than is typical of classic real-time strategies. According to him, D’Arcy was inspired by sci-fi classics like Dune or Alien, but he tries to stick to realism and suppress fantasy as much as possible within this genre. This will undoubtedly involve a lot of micromanagement, because few things will happen automatically here, as players are often used to. Each raw material, unit or device can be used exactly and only in the place where it is located. If you want to use it elsewhere, you must take into account the need for transport. This applies, for example, to stocks that are not drawn from one universal place, but each commodity must be seen as a real thing and treated accordingly.

Although the principle and such ant work may seem annoying to some, it can be readily used to your advantage. When you cut off an enemy from supplies or deprive him of valuable resources, you can easily immobilize his fleet in the middle of cold space, as ships run out of fuel. Or you can deprive the crew of food and you can starve them. What good are giant ships and deadly weapons to her? When someone destroys your warehouse, you not only lose some total maximum capacity of raw materials as in some other strategies, but you also lose everything that was in it. The same goes for other stations and buildings.

You will take a similar careful approach in combat. You may be interested in enemy ships instead of trying to destroy them. When you aim the ammunition depot, the enemy ship can be destroyed again with a single surgical shot, which engulfs the entire machine in a chain reaction. You can even interrogate captured officers. However, your opponent has the same resources at his disposal, and building your own fleet and crew will again be a very demanding and potentially loss-making investment. Thus, space encounters may ultimately resemble smaller local skirmishes rather than massive battles.

Despite the fact that it is an individual project, it looks quite impressive not only in terms of content, but also in appearance. The game is powered by the Unity engine. From the previous trailers, it can be concluded that the sound system and musical accompaniment will also be worth attention. The soundtrack will be provided by composer Scott Buckley, who is currently Todd D’Arcy’s only assistant.

Falling Frontier is to enter the Steam Pre-Access Program this year and spend about a year there. The game will of course gradually grow, but most of the features should be included in the early access version.