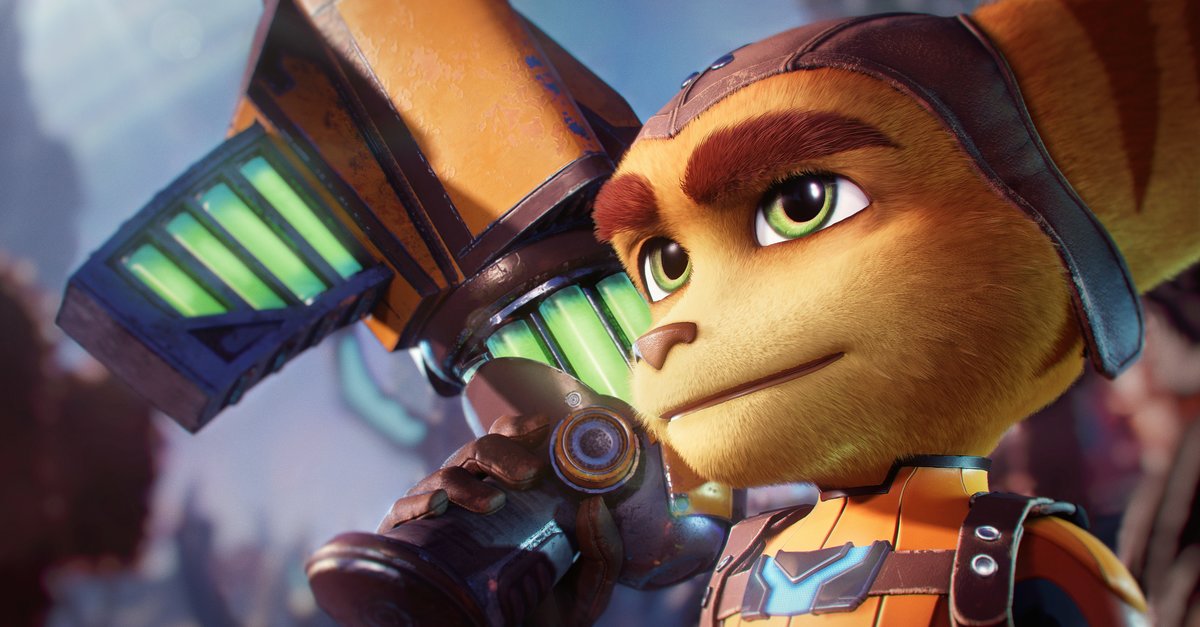 With the PS5 exclusive game Ratchet & Clank: Rift Apart, the developers of Insomniac Games are continuing the story of the two eponymous friends. Rift Apart is the first really new installment in the series after “Into the Nexus” on the PS3. Was the eight-year waiting period for the successor worth it?

* Scrolls down to the end of the test for the rating.

What is Ratchet & Clank: Rift Apart?

Ratchet & Clank: Rift Apart is a Action adventure with platforming elements. In this respect, everything actually stays the same. No unnecessary features have been forced into the game, the focus is on the essentials.

This time you accompany the two friends, the Lombax Ratchet and the little robot Clank, through an alternative universe, while they have to take on two evil adversaries. While it’s not an open world game, the scale of the different locations makes it feel that way at times. In the distance there is a constant, extremely lively hustle and bustle. This alone makes the game world feel expansive, expansive and far-reaching.

As usual, the two have to stop a catastrophe. Thanks to the effect of dimensional holes and cracks However, the two receive support in the form of Rivet, a new, female Lombax.

Rivet is also playable and luckily the characters share the progress. This means that the unlocked items, weapons and upgrades in Ratchet and Rivet always match and there is never any frustrating and annoying gameplay adjustment as soon as the playable character changes.

The well-known gameplay does not remain completely untouched. However, the formula has been meaningfully expanded. Ratchet and Rivet finally get a dash (evasive maneuver) that makes the fights faster and more precise at the same time. In addition, from time to time there are dimensional cracks on different battlefields, to which you can pull yourself up with a kind of noose. This gives the fights a speed in the series that has never been achieved before and sometimes also a certain verticality.

The crazy guns have always been a hallmark of the franchise and that doesn’t change in the latest installment. You can expect both “conservative” weapons, such as a rocket launcher, as well as completely wacky guns, like a lawn sprinkler, the enemy sown with plants and rooted on the spot. The crazy guns don’t disappoint in Rift Apart either.

Sometimes, however, with all those crazy weapons and enemies, the effect fireworks overshadow everything and the player has problems to identify who is friend and enemy and which shots are from you or your opponent.

New species were also successfully introduced among the enemy types. Enemies with shields or certain procedures require an adaptation of your weapon selection. You can no longer just use your two favorite weapons and defeat all types of opponents.

At first glance, the story looks quite simple. However, appearances are extremely deceptive. At first the player thinks that it is the usual “hero beat villain and save the galaxy” story, but this is far from the stories below the surface.

Ratchet & Clank: Rift Apart shows a draft which has not yet existed in the series. Don’t worry, we won’t reveal too much to avoid spoiling anything, but you can open your mind Conversations and insights into friendship, sacrifice, self-doubt and trust to adjust.

The excellent synchronization and detailed facial animations of the characters successfully convey the emotions they want to trigger, so that the topics are consistently conveyed authentically and sincerely and never feel forced. The emotional depth in this part is new and the story is way more than the usual good versus bad story.

The game can also convince on the technical level. It has really outstanding graphics, extremely short loading times and the features of the PS5 controller are also used.

Above all, the adaptive triggers are used very well in Rift Apart. Different weapons have different modes of fire. Depending on how deep you press a trigger, the firing mode of the weapon changes.

In addition, the influence of the newer Spider-Man games by the same developer cannot be dismissed out of hand. There are no quick-time events, but rather film sequences that seamlessly transition into action-packed gameplay, while tension and pace are kept up, and all without loading times.

As for the graphics: Ratchet and Rivet are equal to Pixar characters, even the fur of the two Lombaxe is shown in such detail that players can see the direction of the hair in which they are lying. The attention to detail can also be seen in the facial expressions of the characters. This can also be seen in mechanical characters like Clank. He even shows differences between the reflective steel and coarse-grained nickel.

The only technical weakness that the game showed in the test is that it unfortunately crashed several times. It remains to be seen whether this will change for the day 1 patch release. However, due to the aforementioned fast loading times, this never hurt too much.

Ratchet & Clank: Rift Apart feels like the first “true” PS5 game. The PS5 features have all been skilfully exploited and deployed. The player notices in every aspect that the developers could concentrate on a pure PS5 game, unlike Spider-Man: Miles Morales, for example, which is available on the PS4 and PS5.

What I am most surprised about is the complex and emotional story with amazing nuances. I didn’t expect the game to address issues like self-doubt, trust and friendship with such depth and convey it successfully.

By expanding the gameplay mechanics, Insomniac Games has not reinvented the “Ratchet & Clank” formula, which they absolutely did not have to, but expanded it in a meaningful and successful manner.

And if you haven’t had enough after the 15-hour story, the challenge mode, which offers a successful New Game +, is waiting for you.

Ratchet & Clank: Rift Apart will be released on June 11, 2021 exclusively for PlayStation 5. The game supports dynamic 4K and HDR, as well as a performance mode with 60 FPS.

“A must-have for every PS5 owner! Regardless of whether you are a newcomer or a veteran of the series. Insomniac Games cement their position among the top PlayStation game studios. ”