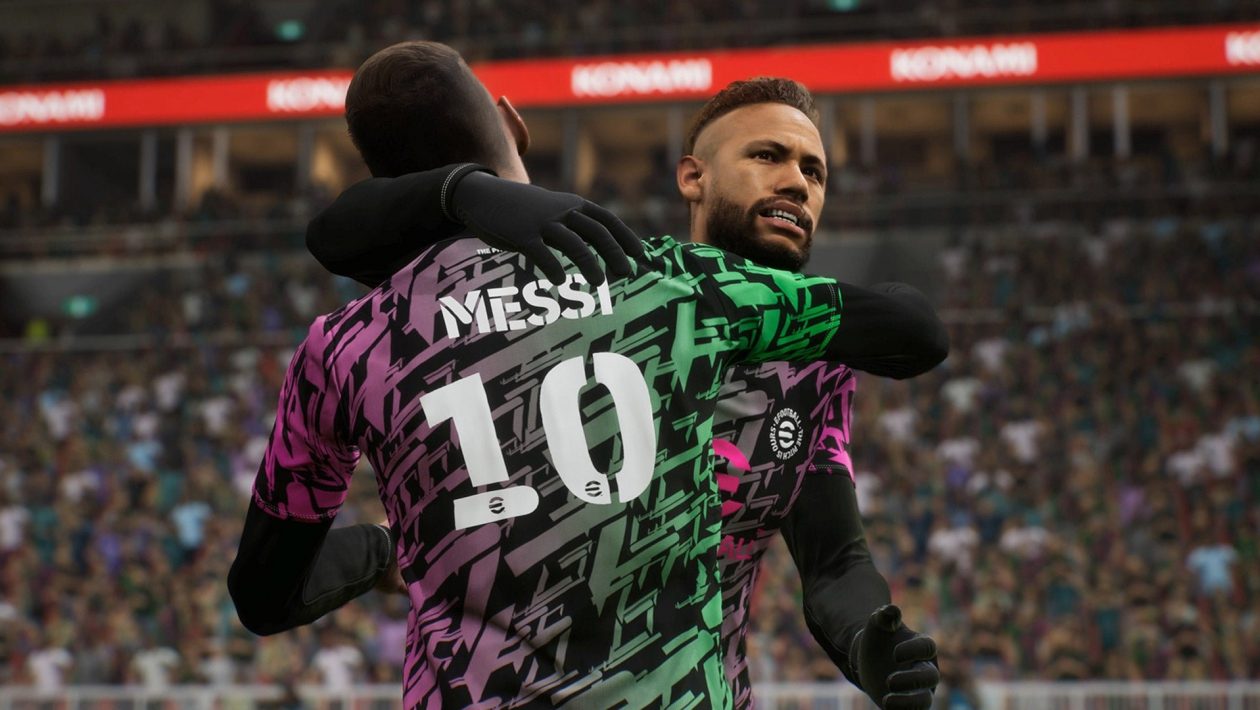 Konami recently confirmed speculations from the beginning of July that this year’s Pro Evolution Soccer should be offered as a free to play title. The press release is accompanied by the first video, which represents a completely new era of the famous series and presents plans for the future. One of the most significant changes is the overall identity of the game, including its own name – Pro Evolution Soccer is becoming an eFootball without a number, which will arrive in the autumn on PCs, consoles of the previous and current generation and thanks to the versatility of the Unreal Engine also on mobile devices. All this with the planned cross-play across all platforms before the end of this year and paid DLC, which will make available other game modes and probably individual teams.

“We built on the strong foundations of Unreal Engine, which allowed us to rework the players’ speech and make a number of other adjustments to create a completely new football engine,” the Konami people present their eFootball. They also indicated that the game released this autumn will serve as a long-term platform, into which it will be possible to purchase individual modes according to your own preferences, together with seasonal updates, replacing previous separate years. After all, instead of another full-price game, Konami tried out the model last year, and everything probably worked out enough to be reflected in the overall philosophy behind the much-innovated series. It should also be added that eFootball will only be available digitally and, unlike Electronic Arts, Konami guarantees that players will have an identical gaming experience on all platforms. This is where the efforts to make full cross-play between mobile phones, computers and consoles come from, although according to the published plan, they will arrive in several phases.

In the winter, mutual play of all versions will be available – including mobile ones, for iOS and Android, for which players will have to use a gamepad.

The autumn start will bring the core of the game, containing nine free teams for everyone without having to pay anything. There will be Barcelona, ​​Bayern, Juventus, Manchester United, Arsenal, Corinthians, Flamengo, São Paulo and River Plate, with which it will be possible to play local or online matches. With the release of the game, cross-play will be available across generations of both console families, but not together and not with PC players. Later, but still during the autumn, the Online Leagues mode and the so-called Team Building mode will arrive – a possible variation on MyClub. There should then be gaming across all consoles and PC versions, as well as a transformed battle pass that will be labeled Match Pass in eFootball. However, the indicated mechanism corresponds to established standards and we therefore expect that thanks to the gradual playing and fulfillment of the set calls, a set of rewards will be available, divided into a paid and a free part. And finally, in the winter, mutual play of all versions will be available – including mobile, for iOS and Android, for which, however, players will have to use a gamepad if they show interest in cross-play. At that time, the first e-sports tournaments will also break out, which should also be an important part of the planned innovations.

As for other content, especially the represented teams and mods, the developers intend to talk about them later, however, it seems that in the described core of the game, players will be able to buy modules, which they find interesting and useful, so the price does not even have to climb remotely to the price tag of a separate game. If you are only interested in one particular league, it will most likely be purchased separately; if you don’t want online modes, you don’t have to spend for them. On paper, the system looks relatively good – it gives players an often absent choice – but of course everything is decided by the price of these DLCs and the overall structure, which we can only estimate so far. But already, the developers have committed to updating the game regularly, including rosters, jerseys, but also gameplay and graphics.

This is addressed in the video above, in which the developers reveal close collaboration with stellar current and former footballers such as Lionel Messi, Andrés Iniesta and Gerard Piqué. They gave the developers the necessary feedback and, most importantly, provided their own skills so that it could be used in the game and provided the best possible experience. Like the EA developers, Konami is focusing on animation this year – their system is called Motion Matching – and is supposed to bring the smoothest possible connection of all prepared animations into a believable whole. The numbers should be four times more than in the previous year and will be reflected on all platforms, including mobile phones. According to producer Sejtar Kimura for IGN, however, it looks like much more extensive changes in gameplay and control, which was partially confirmed by the test version, which we streamed for you at the end of June.

According to Kimura, all the changes were planned for about two years and it was expected that they would take the word when the new consoles came on the market. Everything is based on the great success of PES Mobile, which gave developers confidence and was the building block of the entire transformation. However, with his second breath, Kimura tried to calm the players he was used to hardcore processing versions for PC and consoles that they will not lose anything and the game will still remain a full-fledged simulation of football with everything that fans like. They should expect improvements, for example, in one-on-one fights, artificial intelligence of teammates and, of course, graphics, the quality of which you can at least indirectly see on the first screenshots.