price, release date, technical sheet, all you need to know 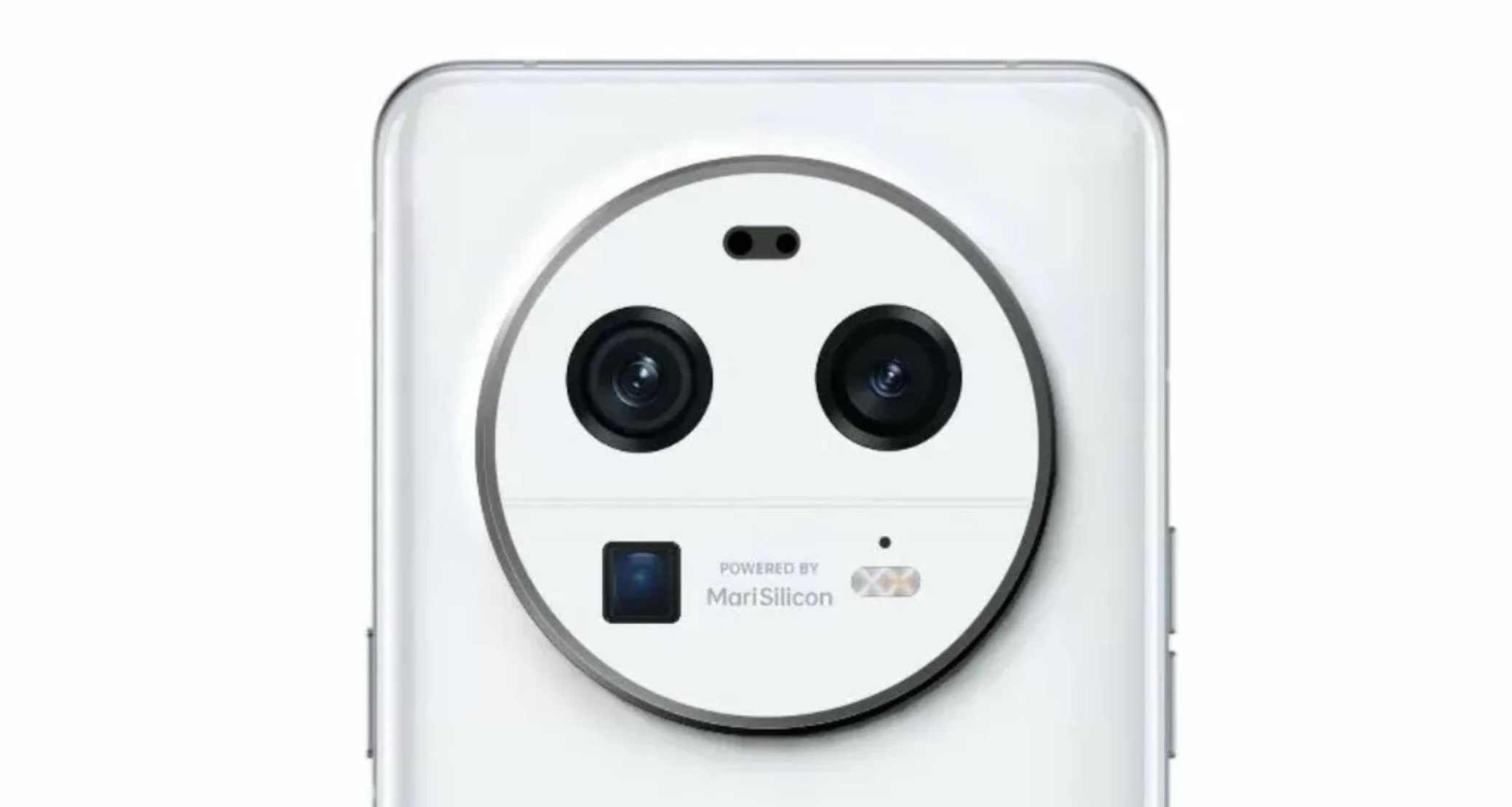 With its Find X range, Oppo has been seeking for years to establish itself in the competitive segment of high-end smartphones, dominated by Apple and Samsung. With its Oppo Find X6 Pro, the brand is trying to offer one of the best Android smartphones of the moment, while the Oppo Find X6 makes some concessions to reach a more accessible price. Here’s everything we know about these new smartphones.

In 2022, the Oppo Find X5 Pro and the Oppo Find X5 convinced us during our respective tests. Both models offered very good performance, and we can only look forward to discovering their successors and the new features they will embark on to improve the formula. While a new chip is expected to improve the performance and autonomy of the Oppo Find X6 Pro and Find X6 smartphones, we are also expecting ambitious technical specifications with regard to the screen or the camera.

When is the Oppo Find X6 Pro coming out?

Oppo has not yet revealed the release date of its new flagship, but should respect the schedule it has imposed on itself in recent years for this new generation. The Oppo Find X6 Pro and Find X6 should therefore be presented to the public and the press around the end of February or the beginning of March, for pre-orders to open about two weeks later, and effective availability. from end of March 2023.

What is the price of the Oppo Find X6 Pro?

Here again, a formal announcement from the manufacturer will definitively remove all suspense as to the prices applied for the Oppo Find X6 Pro and Oppo Find X6. But a quick look back should give us a good indication of the prices to expect. Last year, Oppo had substantially increased the price of its Pro model, the Find X5 Pro being displayed at 1,299 euros in its only configuration equipped with 12 GB of RAM and 256 GB of storage, against 1,149 euros for the Find X3 Pro from the previous year (the Find X4 Pro never saw the light of day, the number 4 being unlucky in China). After such an increase, Oppo should not pull the rope again this year and the Find X6 Pro should not exceed the €1,299, in its basic version anyway. The Find X6 should also be marketed at a price similar to that of the Find X5, or 999 euros for 8 GB of RAM and 256 GB of storage.

What is the design of the Oppo Find X6 Pro?

For smartphones in its premium range, Oppo always works carefully on the design, which is systematically ranked in the column of successes for the Find X. The first renderings of the Oppo Find X6 Pro and Find X6 suggest that the manufacturer is not going to not lose its good habits this year and offer us products with aesthetics and design of very good quality.

The Find X5 series was distinguished by the integration of a trapezoidal photo block on the back of the mobiles, this leaves room for new designs on the Find X6. The standard Oppo Find X6 relies on a more classic, imposing and rectangular photo block, as we can see on many high-end smartphone models in recent times. The set includes the three sensors of the device, as well as the LED Flash. The Oppo Find X6 Pro is more original, with a large circular photo block positioned in the middle of the rear panel, reminiscent of the design of the Xiaomi 12S Ultra.

For the rest, we should keep the IP68 water and dust resistance certification, as well as the optical fingerprint reader under the screen. The Oppo Find X6 Pro is expected to offer a ceramic back and an aluminum chassis.

What screen size for the Oppo Find X6 Pro?

Fans of large display area can be delighted, the Oppo Find X6 Pro screen would offer a diagonal of between 6.8 and 6.9 inches, up from the already generous 6.7 inches offered by its predecessor. Few smartphones have such a colossal slab, folding apart.

The screen is based on AMOLED LTPO 2.0 technology, supporting a variable refresh rate up to 120Hz. This automatically adapts according to the content displayed on the screen and can modulate between 1 Hz and 120 Hz, which saves energy, and therefore improves battery life when 120 Hz is not available. not necessary.

The smartphone also has a QHD+ quality display (3,168 x 1,440 pixels), compatibility with the Dolby Vision standard, and would have a brightness up to 1800 nits. On this last point, it is likely that these are brightness peaks affecting only certain parts of the screen at a time, particularly useful for HDR and Dolby Vision technologies.

Information about the Oppo Find X6 screen is scarcer. This should be smaller, around 6.55 inches from the Oppo Find X5. According to a report by the famous Chinese leaker Digital Chat Station, the display should not be satisfied with Full HD + quality at 1080p but with a slightly higher definition. He talks about 1.5K, which often refers to 1200 or 1220p.

How does the Oppo Find X6 Pro perform?

Oppo has already confirmed that it will use Qualcomm’s new Snapdragon 8 Gen 2 SoC for its Find X6 series, but it’s possible that only the Oppo Find X6 Pro will benefit. As a reminder, the chip is based on a 4 nm etching process from TSMC. Qualcomm promises 35% better CPU performance than the previous generation, while boasting 40% better energy efficiency. The GPU (Adreno 740) would be 25% more powerful, for energy consumption up to 45% better controlled. Thanks to this SoC, the Oppo Find X6 Pro should therefore be both more efficient and more energy efficient, resulting in a smoother experience and longer autonomy.

The case of the Oppo Find X6 is not yet decided. A source believes that the manufacturer should equip it with a Snapdragon 8+ Gen 1 chip, the one that already powers many high-end smartphones released in the second quarter of 2022, in order to save some money. But we must not yet rule out the hypothesis that the Snapdragon 8 Gen 2 ultimately ends up ensuring the performance of the device.

Memory configurations for the Find X6 Pro would be as follows: 8 or 12 GB of RAM and 128, 256 or 512 GB of storage. But we have experienced this with earlier models, not all versions might be available in Europe.

What is the autonomy of the Oppo Find X6 Pro?

Thanks to a more efficient chip, the Oppo Find X6 Pro and Find X6 should offer better controlled energy consumption, resulting in better autonomy. On the other hand, do not expect to see the capacity of the battery increase. This should stay around 5000mAh for the Pro model and 4800 mAh for the standard model, which is more than enough to last more than a day of use.

Charging is one of the great strengths of Oppo, which manages to do better than the premium market leaders Samsung and Apple in this area. We can hope for both devices a power up to 80 W wired and up to 50 W by induction. A source even mentions the possibility that the Pro model will go even further with mains charging up to 100 W. Despite the integration of large batteries, these therefore recharge very quickly thanks to the brand’s technology. A reverse wireless charging function up to 10 W should also be on the program to restore juice to compatible devices and accessories.

Is the Oppo Find X6 Pro good in photos?

The Oppo Find X5 Pro was already very good in photos, the Find X6 Pro takes the brand one step further. Unlike many recent high-end Android smartphones that incorporate four modules, Oppo remains faithful to a configuration consisting of three photo sensors for the optics of its flagship. All three lenses have a 50 MP definitionwhich allows either to capture very detailed shots (for zooming in the image, for printing or for editing), or to take brighter photos using the pixel-binning technique, which consists to merge four pixels into a single larger one to capture more light.

The main photo sensor is a Sony IMX989 with a size of 1 inch, which we have already seen at work on the Xiaomi 12S Ultra and which should again be exploited by Oppo’s rival on the Xiaomi 13 Ultra, in another form. For its Find X6 Pro, Oppo uses a version made up of seven plastic lenses (7P), with an aperture of f/1.8 and OIS image stabilization. The ultra-wide-angle sensor is a 1/1.56-inch Sony IMX890 opening at f/2.2 and everything is completed with an f/2.6 telephoto lens allowing an optical zoom of up to 3x. Finally, the front camera is a 32 MP IMX709.

The Oppo Find X6 makes concessions. As often within a range, the biggest difference between the models offered is in terms of photography. We are again entitled to three modules of 50 MP each, but these are smaller than those of the Find X6 Pro (they can therefore capture less light) and have lighter specifications. The main sensor is a Sony IMX890, the ultra-wide angle a Samsung JN1 and the periscope lens a Sony IMX890.

Oppo has renewed its partnership with Hasselblad for this generation. The optical expert made sure that the Find X6 Pro and Find X6 held up well in terms of photography and provided its color calibration software technology to obtain shots with precise and natural colorimetry. One of the manufacturer’s particularities is also to incorporate a chip dedicated to artificial intelligence for photo processing, which greatly contributes to the performance of Find X in this regard. To accomplish this mission, the Oppo Find X6 Pro and Find X6 are equipped with a second generation MariSilicon X chip. The image processor could also make it possible to film in 4K HDR with night mode activated.

What version of Android on the Oppo Find X6 Pro?

The Oppo Find X6 Pro are launched under Color OS 13, the manufacturer’s home interface based on Android 13. This version brings many optimizations, improvements and new features to Oppo’s overlay. The home screen has a new look, with colors closer to those of the native Android experience as well as a floating bar designed to launch two applications at the same time. Icons for several apps have also been redesigned and interactive widgets will fit more easily between apps, now taking up space similar to that taken up by expanded folders.

A new animated wallpaper representing a plant that grows as the day progresses is made available to users. Be careful, the state of the plant will begin to deteriorate if you exceed the screen time that you have defined beforehand. The lock screen and the Always-On Display are also enriched with new features. For the rest, Color OS 13 focuses on security and privacy as well as better interaction between smartphones and Windows PCs.