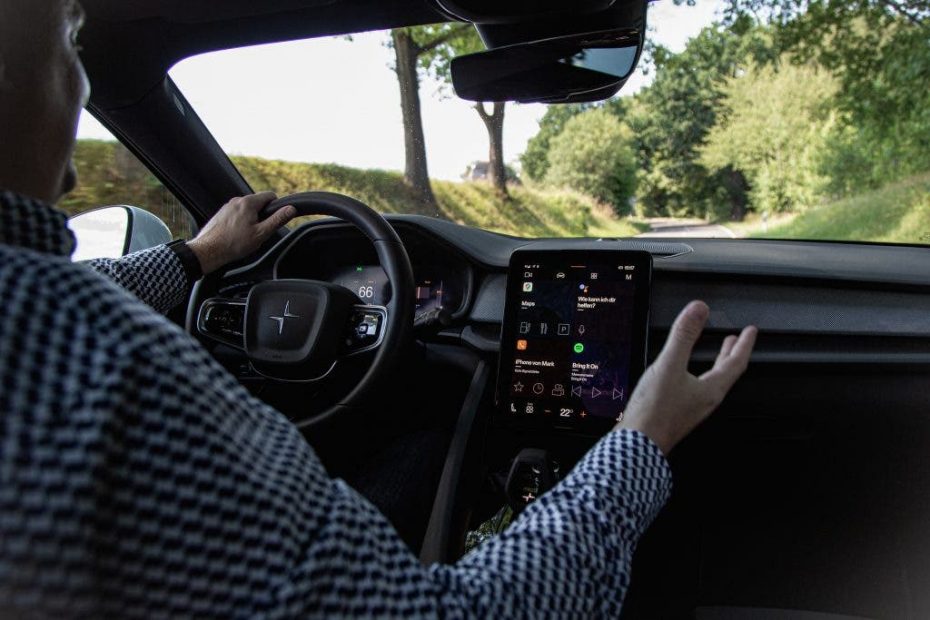 Polestar published a really small and short piece of news from the world of Android Automotive OS today. The latest update of the Spotify app, which can be downloaded and used from the Android Automotive Playstore, now allows multiple users to influence the playlist.

The press release on the feature itself is brief, but I think the news is important nonetheless. In the following briefly the PM and afterwards I explain to you why I think this is important:

In the Polestar 2 there is now the group session beta function in the integrated Spotify app. With this feature, passengers with a Spotify Premium account can control music playback in the car without the driver having to manage playlists or tracks in the queue or logging in and out of different accounts.

“We all know that sometimes the driver doesn’t have the best taste in music and my family tends to agree. With Spotify’s Group Session Beta there is a great opportunity for others in the vehicle to influence the playlist – and enjoy their favorite songs, ”said Polestar CEO Thomas Ingenlath.

To take part in a group session, other users can use the Spotify app on their smartphone to scan a code from the Spotify app in the Polestar 2. This will link your device to the app and you can queue songs, podcasts and playlists as you wish. The driver can revoke access at any time – because the passengers do not always have a say in the choice of music.

Spotify Group Session Beta is now available in all Polestar 2 vehicles that have the Spotify app installed. This can be easily downloaded from the integrated Google Play Store.

I like the feature itself for a number of reasons. So if you take friends with you, it is easy for them to play music from their cell phone in the car without having to first “awkwardly” connect the cell phone to the Bluetooth system. In addition, there is no need to switch back and forth between the smartphones as playback devices. Personally, I don’t like it when my sister plays your music via my Spotify app, for example, because the algorithm then thinks I am listening to the same music as her.

In addition to the feature, the news also shows, in my opinion, the enormous potential of Android Automotive OS. Although I suspect that the feature itself comes more from the direction of Spotify than from Polestar, it is still one more feature update than most other car manufacturers have managed with their proprietary systems recently.

At the moment the feature may be limited to the Polestar 2, but I assume that every other car that uses the Android Automotive OS as its operating system can use this feature immediately.

If you want to know more about the Polestar 2, please have a look at my detailed video (45min), we also show some of the Android Automotive OS. There is also an article from our first driving impression: