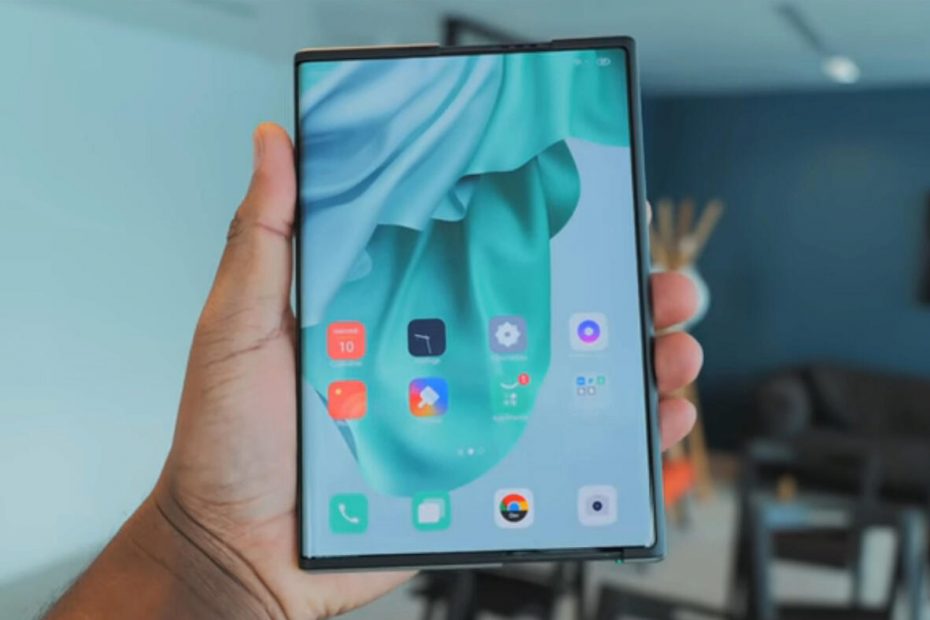 At the beginning of the year, LG came up with a design for a scrolling phone with a distinctive name Rollable. LG only presented suggestions and a short video that the phone introduced. The new phone should be out by the end of this year. But what LG may not have anticipated is the race for the first scrolling phone on the market. Oppo clearly introduced the scroll phone. Be careful, it’s not just suggestions. Phone prototype they were already in the hands of reviewers who looked at the features that the phone offers. Let’s see what we can look forward to.

Oppo introduced the scroll phone last year, but it was only a rough concept. Now thanks to Youtuber Brandonovi LeProktorovi we can see the scroll phone Oppo X 2021 in all its beauty. In the video (in French), LeProktor shows how the phone slides in and out. Youtuber repeatedly unpacks the phone in the video by clicking the side button. The video shows the Oppo X 2021 in some detail, and everything seems to work like butter. Unfortunately, what was not discussed was the insides of the phone.

The first images of Oppo X 2021, apart from the French Youtuber, were also revealed by the German editorial staff Allround-PC in his recent video. What we can notice on the phone is missing selfie camera. So far, we know that the phones in the videos are only prototypes, so it is not possible to estimate the price of the phone. Of course, it is possible that the commercial version may differ from the prototype on the video in features or appearance. Unfortunately, no word has yet been said about when and to what extent the Oppo X 2021 will be commercially debut.

I tried the smartphone of the future with ROLL-UP screen! (Oppo X 2021)