OnePlus 10 Pro vs. OnePlus 9 Pro: A comparison of the two flag generations 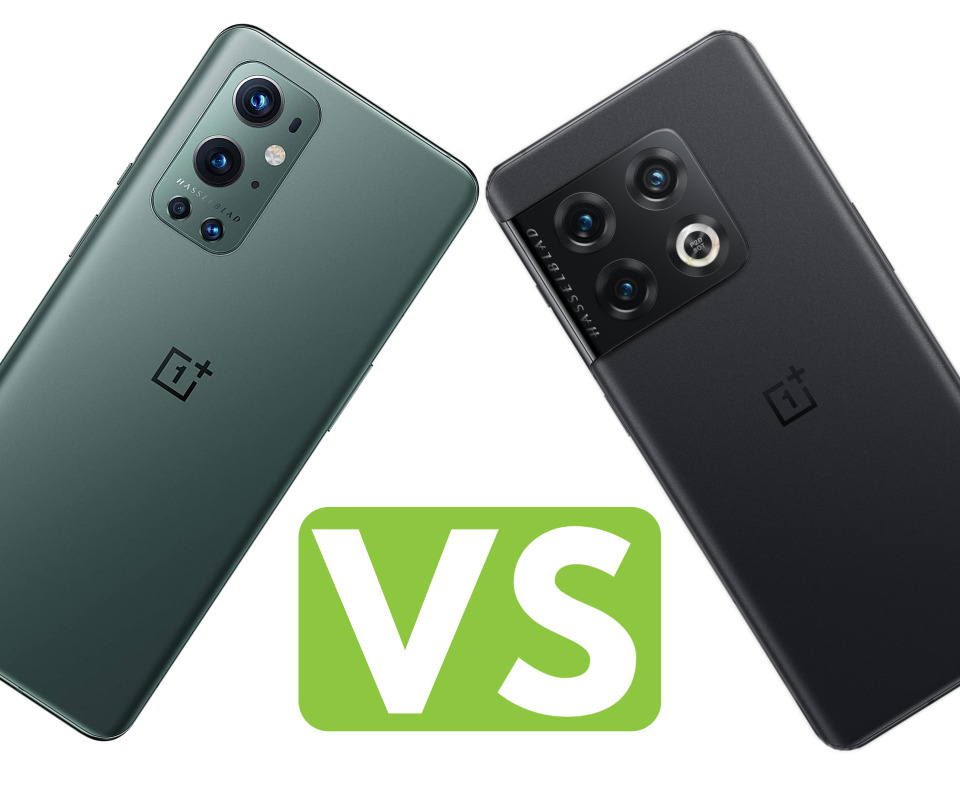 Only recently did we see the official introduction of the OnePlus 10 Pro smartphone for the Chinese home market. The novelty brings several improvements over its predecessor, which is the popular OnePlus 9 Pro. But are the changes worth it? The specification was compiled by TalkAndroid.

Displays: Very similar, even the same

The front of both models is dominated by a 6.7-inch AMOLED display with Quad HD + resolution (1440 x 3216 pixels, density 525 pixels per inch). Both panels have a high refresh rate of 120 Hz. While the OnePlus 9 Pro screen features first-generation LTPO technology, the OnePlus 10 Pro moves this milestone to LTPO 2.0.

It is a technique of dynamically changing the refresh rate. The novelty can reduce this frequency to 1 Hz based on the displayed content, thus saving more efficient battery power. Unfortunately, we do not know at the moment whether the difference in savings in practice is so significant. We think this is a minimal improvement.

If we look at the benchmarks, we will not notice the extreme difference in performance between the two smartphones. In practice, however, this may be different, but the performance is probably almost identical. However, Snapdragon 8 Gen 1 is not just a performance upgrade over Snapdragon 888, but allows manufacturers to implement several new things that have not been possible before. It is up to the company to decide whether to use this huge potential.

In either case, you can purchase a version with 8 to 12 GB of LPDDR5 RAM or 128 to 256 GB of internal fast storage for UFS 3.1 user data. Today, you can practically forget about the support of microSD memory cards in the flag segment. The performance and optimization of both devices will be excellent and you can expect maximum fluency both during demanding multitasking and while playing graphics-intensive games.

The resolutions of the cameras are the same in both cases, and the other paper specifications are similar. However, we believe that OnePlus 10 Pro will be more advanced in Computational Photography. There is talk of implementing a technology that will provide natural colors. The second generation of Hasselblad-branded post-processing should make some difference.

Ultra-wide then has its name really right, because it has a wider field of view, which reaches up to 150 degrees. This will fit a lot of content from the scene into the shot. At the front is a 16 MP “selfie” sensor for OnePlus 9 Pro and 32 MP for OnePlus 10 Pro.

Both sensors support optical image stabilization. Although they are extremely similar in terms of parameters, later practice will definitely decide in this duel. The video recording capabilities are almost identical, except that the OnePlus 10 Pro can record 8K video at 24 fps in addition to 4K video at 60 fps.

A battery with a capacity of 4,500 mAh is located inside the OnePlus 9 Pro. The new generation has a 5,000 mAh battery, from which you can expect a little better endurance. This should be helped by a more economical chipset, which is manufactured with the latest 4 nm technology.

Charging has also improved. We have moved from a 65W Warp Charge 65T to an 80W SuperVOOC Flash Charge. Wireless charging remains the same, namely 50 W. The final endurance is verified in practice only by tests, but so far most elements play into the cards of the new OnePlus 10 Pro.

Is it worth buying a newer OnePlus 10 Pro model? If so, for whom?

If you own OnePlus 9 Pro, upgrading to OnePlus 10 Pro is not worthwhile in our opinion. However, if you have an older mobile phone that you already need to replace with a new one, we would probably decide for the latest model. Yes, it’s true that with the advent of the new generation, you can get the last one at a better price, but the OnePlus 10 Pro has a larger battery or probably a better optimized camera system.

It will also have longer support and boasts the latest processor from US giant Qualcomm, Snapdragon 8 Gen 1. The great news is that OnePlus has managed to keep about the same weight and reduce the thickness of the device even though there is a larger inside of the smartphone. battery. However, it is still true that not many radical changes have taken place.