Now everyone wants to make the world a better place 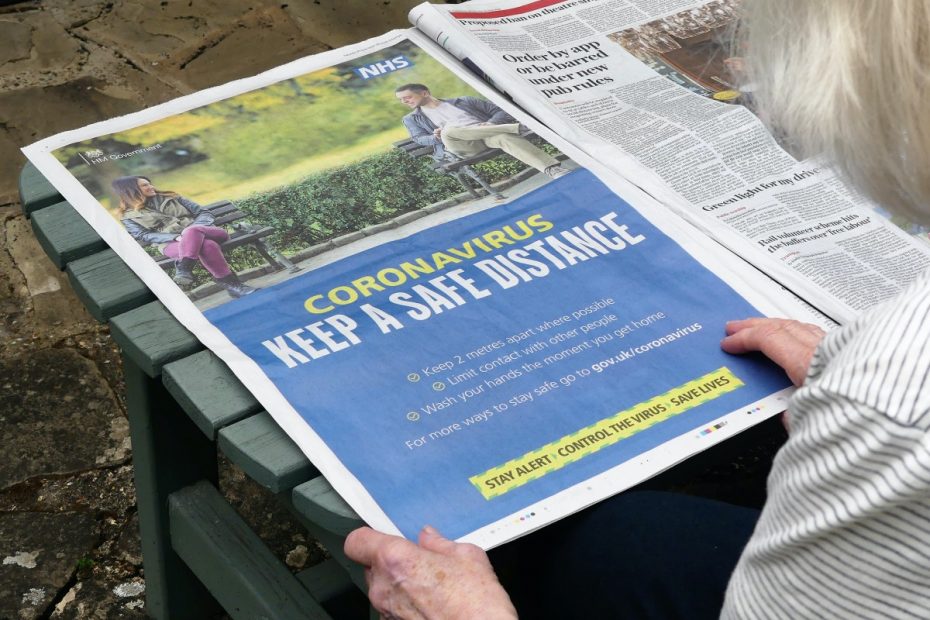 For environmental protection, against sexism: The advertising conjures up the great “we” feeling. This is also and especially evident in the corona crisis. But that can be a fine line.

Corona has also changed advertising. Lately there has been a lot of talk about “we”, “us” and “solidarity” on posters and in TV spots. Not only authorities such as the Federal Ministry of Health appealed to the community spirit with slogans and catchphrases such as # FürMichFürUns. Large corporations, from which one might not have expected such a thing, also joined in. “Suddenly (almost) all brands have only one topic: how human, personable and accessible they are,” observes the Hamburg brand sociologist Oliver Errichiello.

Take Coca-Cola, for example. In a campaign by the beverage manufacturer that has hardly been overlooked for months, it says: “Let’s stay open to the new – as open as never before.” That doesn’t convince everyone. These are slogans as if they had been invented in the Politburo, it said in the summer in a mirror gloss. At the request of the German Press Agency, Coca-Cola said: “The campaign is based on the conviction that we do not have to return to normal, but rather move forward together and make the world different – and better.”

Even before the Coca-Cola campaign and even before the corona crisis, it could be observed that companies are increasingly positioning themselves with their advertising on social issues – or in other words: showing their stance. In the advertising industry, the catchphrase “Purpose” has been coined for this. “For some time now, marketing and advertising circles have had the idea of ​​showing or finding a greater meaning behind economic activity,” says advertising psychologist Joost van Treeck, who teaches at Fresenius University.

In the Corona year 2020, such purpose or attitude campaigns boomed. This became apparent in the food retail sector, for example. The discounter Penny changed its slogan “First to Penny” and advertised with #erstmalzuwohnungen. It almost sounded like the federal government: The Ministry of Health recently used sayings like “I want to dance again. For that I am now reducing contacts ”or“ I want to cheer in the stadium again. For this, I am now constantly ventilating at work ”to get people to behave in a corona-compliant manner.

“Under the motto ‘We are all human and fight the virus together’, the biggest brands are making themselves very small,” says brand sociologist Errichiello. “The actual performance of the company, the reason why people are willing to spend their hard-earned money, is increasingly taking a back seat.” From Errichiello’s point of view, companies are weakening and becoming interchangeable. “Customers buy services and not feelings,” he says. “Instead, it would be more specific if a company advertised that it would pay its employees twice as much for their great work: That also helps customers who encounter motivated employees. That is social action. “

An early example of attitude campaigns is the fashion company Benetton, which has relied on shock photographer Oliviero Toscani since the 1980s. “The advertising no longer showed colorful sweaters, but wars, deaths and diseases,” explains Errichiello. Less drastic than Benetton, yet effective at attracting attention, was an anti-sexism commercial by Gillette in 2019, with which the razor blade maker advocated a new image of men beyond machismo. And recently, the furniture giant Ikea in the Czech Republic addressed the problem of domestic violence in the country with a supposed horror video.

Consumers in Germany are generally open to companies that express an opinion on a topic – this is the result of a recent study by the Yougov market research institute. “Two thirds (66 percent) say that companies and their brands should be able to express how they feel about a topic. (…) For brands, however, there is a fine line between assuming social responsibility or expressing an attitude towards socially relevant issues and the risk of scaring off customers with clear points of view and even appearing untrustworthy, ”said Yougov.

Greenwashing as a danger

Joost van Treeck recalls debates about so-called greenwashing. It is a dangerous game for companies to dedicate themselves to a topic such as sustainability, i.e. to paint themselves green, but then not strictly act on it. Joan Bleicher, professor at the Institute for Media and Communication at the University of Hamburg, says: “Activities in the area of ​​environmental protection instead of mere marketing slogans could contribute to credibility. Nevertheless, there is still a potential skepticism towards the product fairy tale of advertising. “

Back to Coca-Cola. How does the shower manufacturer support the “Open as never before” campaign’s desire to make the world a little better? On request, Coca-Cola refers, among other things, to providing financial support to its own catering partners during the corona crisis. Even the food discounter Penny does not want its # first home campaign to be understood as jumping on a marketing bandwagon. A spokesman emphasized that Penny was already showing a “clear commitment to sexual tolerance” – symbolized by rainbow flags on the markets – regularly.

Advertising psychologist van Treeck says companies have to be careful not to become too educative in their campaigns. “We all have, in different ways, an inner goat. It always comes to the fore when we feel too manipulated. The reaction is defiance. Anyone who has children knows what that can mean. ” dpa