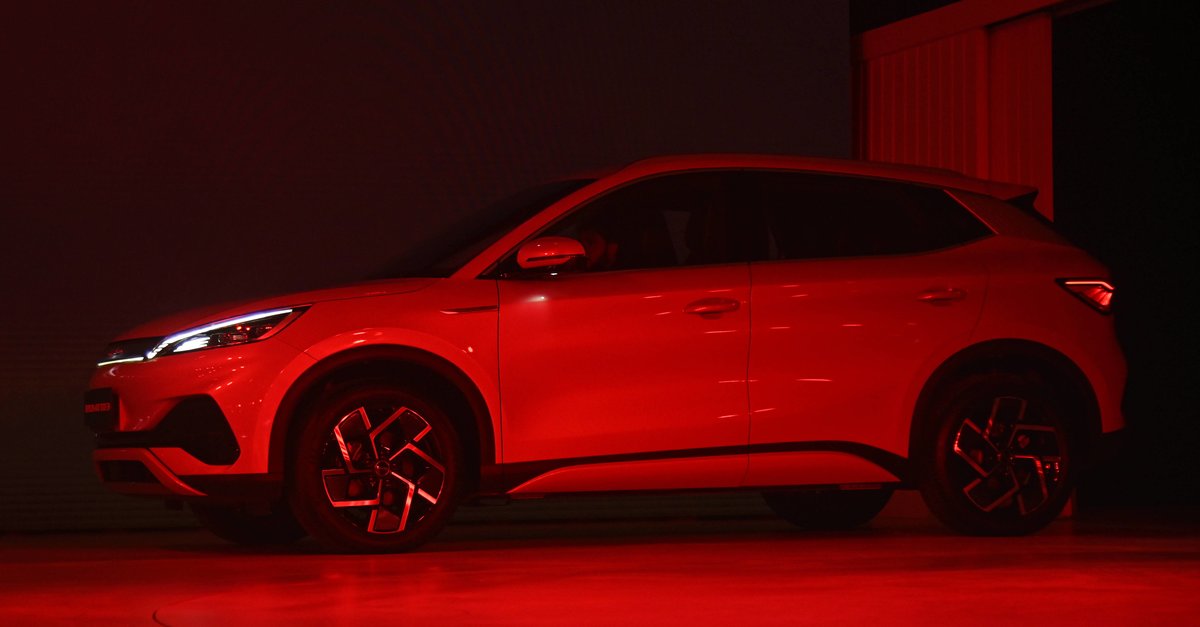 Made in China has been a seal for years that customers prefer to take a closer look at – especially we Germans. After all, quality work and innovation come from the homeland, it is not for nothing that “Made in Germany” is a sign of quality. It’s just stupid when Chinese manufacturers are suddenly poaching in the heart of German industry of all places – and they don’t do their job that badly. When it comes to automobiles, reality has long since caught up with us.

Whatever goods find their way to us from China, many people still regard them as inferior, quickly and uncleanly cobbled together, cheaply produced mass-produced goods – Made in China stop. For Germans, who value their decades-old reputation for thoroughness and innovative spirit, the proverbial hat cord can burst when cheap stuff of every color falls apart as soon as the products are used precisely for what they are intended for.

From BYD to Smart: e-cars from China are conquering Germany

A prejudice that unfortunately often denies distorted view of reality – because a lot has happened there, especially in the automotive sector. Some Chinese brands are already available in Germany, others are preparing to launch – and others have been there for a long time, only under names that we already know:

If you can’t let go of the prejudice of China scrap with these examples and other brands, you’re wrong. The electric cars that come from China do not have to be cheap or of inferior quality. On the one hand an advantage, you also get something for the money. On the other hand, customers definitely have to spend money, even for a Chinese car. the view whatever comes from China has to be cheap, has slowly but surely become obsolete.

No restraint: Electric cars from China don’t need to hide

This is shown by the most recent additions to the German market, which are making a confident appearance with their prices. Nio, for example, is bringing its portfolio of electric cars with removable batteries to Germany at prices that customers can also find at Mercedes or BMW. That EL7 electric SUVs are only available from over 90,000 euros, if customers also want to buy the battery. With the Nio-typical battery rental option, the purchase price falls to just under 74,000 euros, but then the monthly rent comes on top. All this in the basic version, mind you.

BYD now also offers three models in Germany and starts much further down. For from 38,000 euros is also the cheapest Stromer from the Chinese conglomerate not exactly a typical China bargain. The examples show: The Chinese brands feel no need to open up Europe and Germany with dumping prices.

The self-confidence is there to be able to offer a resilient price-performance ratio. This view is supported in crash tests. Recently, Ora Funky Cat and the SUV Wey Coffee 01, both from Great Wall Motor, received top ratings from the NCAP. In terms of quality, the Chinese manufacturers do not have to hide.

The ADAC also has the Chinese brands on the list: The automobile club points out that in 2022, Chinese manufacturers will be represented with their models in sufficient numbers on German roads for the first time to be listed in the registration statistics. It shouldn’t stay with this one performance, quite the opposite. For the ADAC could it be “maybe the Start of a cultural revolution” being.

According to this, MG has so far been the Chinese number 1 in Germany with a 0.3 percent share of new registrations up to and including June 2022. Sounds negligible, but that’s it MG already well-known names like Alfa Romeo, Subaru and even Honda left behind.

However, the high prices and expensive models do not mean that there are none Bargains from the Chinese manufacturers are. But so far they often stay reserved for the home market. So-called key cars such as the Wuling Hongguang Mini EV usually only come onto the market in China and some Asian countries. However, the price advantage of Chinese brands is said to be particularly high for smaller e-cars: the Chinese electric cars cost up to 10,000 euros less than comparable models from the West.

Is that why German brands and manufacturers such as BMW, VW or Mercedes are in danger of being pushed out by the Chinese? According to a recent survey, only 16 percent of Germans can imagine choosing a Chinese brand for their next car. In the premium segment, on the other hand, interest is significantly greater at a quarter.

Audi, BMW and Mercedes are therefore likely to feel the competition from China at home earlier than VW and its volume brands. What still gives the German manufacturers time is just that skepticism of the Germans. According to the survey, good value for money is particularly important to German consumers when buying a car. And that’s exactly what you know from long-established brands, while car manufacturers like Geely, BYD and Co. have yet to acquire this reputation.

the Aftermath of the Made-in-Germany mentality obscure some people’s view of the competitive products that have long been available from the East, especially from China. In the smartphone industry, manufacturers have long been represented on the German market, formerly with Huawei and currently primarily with Xiaomi, who do not need to hide behind the competition. The tech world is aware that Chinese brands have caught up. But Germany’s flagship industry and its customers have yet to experience this.