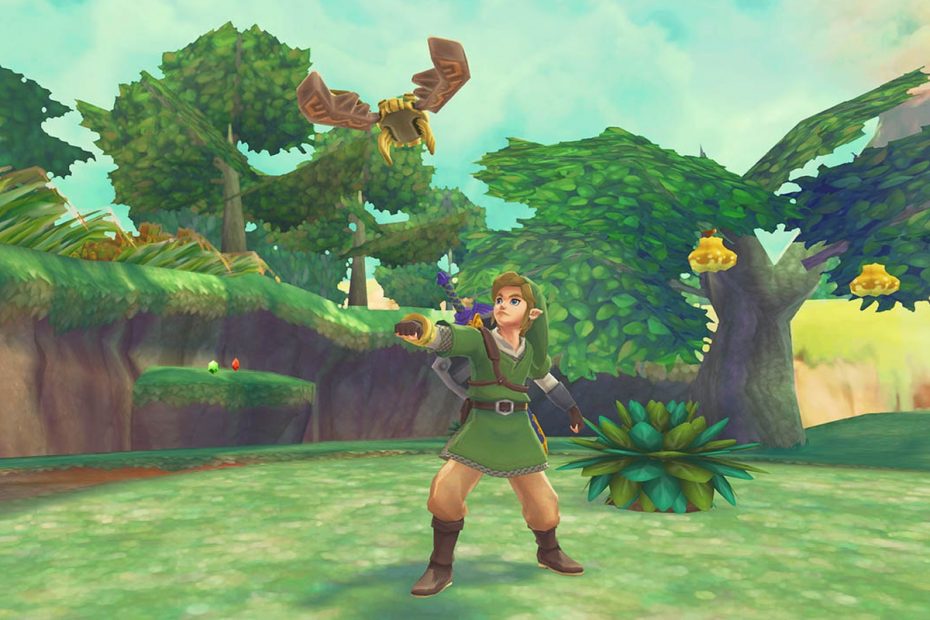 Nintendo Direct 2021 hosted a whole laundry list of new, old and recycled games for the Switch.

During last night’s Nintendo Direct, the Japanese game maker announced a laundry list of new games. During the virtual event we learn about a new Splatoon, a Zelda remaster and a new (free) Star Wars game. Check out all the highlights of Nintendo Direct 2021 here.

During the last event Nintendo announced a lot of different new projects, games and expansions. Fans of classic franchises like Mario will get some snacks. Zelda returns in a remaster. There are some genius old games coming to the Switch. There’s even a free-to-play Star Wars game in the works. In keeping with the style of the current game industry, however, no new, promising IPs have been announced.

The Legend of Zelda: Skyward Sword HD is a remaster of the 2011 Wii game of the same name. The game was special because it took full advantage of the Wii controllers; you can hit, use your shield and throw things with motion control.

The Joy-Con controllers will mimic that effect. Of course there is also a handheld mode if you don’t want to wave your controllers on the train or at the doctor’s in the waiting room. Of course, the game gets completely polished graphics. The game will be released for Nintendo Switch on July 16.

In addition, Nintendo will announce a new Splatoon during Direct 2021. It is one of the only ‘new’ games of this event. Splatoon is a child-friendly shooter where you attack each other with ink. The world colors the color of your ink. Furthermore, not much is known about what part 3 will do for news.

Splatoon 3 will be released sometime in 2022.

Of course, no Nintendo event is possible without the Italian plumber. Mario will have his own golf game called Mario Golf: Super Rush. The game is of course all about the sport, but it takes place in the magical Mushroom Kingdom. The game will be released on June 25.

At the end of this month he will appear in Animal Crossing with his brother Luigi. The social game is getting a major content update with all kinds of new Mario themed accessories and objects.

Nintendo also has a nice surprise for Star Wars fans, namely Star Wars Hunters. It is a free-to-play game set around the original trilogy. It is a multiplayer arena game. You will probably fight (possibly with friends) in an online arena with various Star Wars characters. The game will be released sometime in 2021.

Finally, Nintendo Direct 2021 offered space for all kinds of ports and re-releases for Nintendo Switch. For example, Apex Legends is finally coming to the Switch after two years. The gigantic hype surrounding Fall Guys continues on the console. The epic Ninja Gaiden finally comes to the Master Collection with the three most recent games to the Switch. Https://www.apparata.nl/tag/star-wars

That was far from all that came along during Nintendo Direct 2021. The Japanese game company is betting on all kinds of anime-oriented titles. A Miitopia is coming for Switch. Monster Hunter is back with Rise, a game released only for Nintendo’s console. And we can continue like this for a while. Check the video above for all announcements!