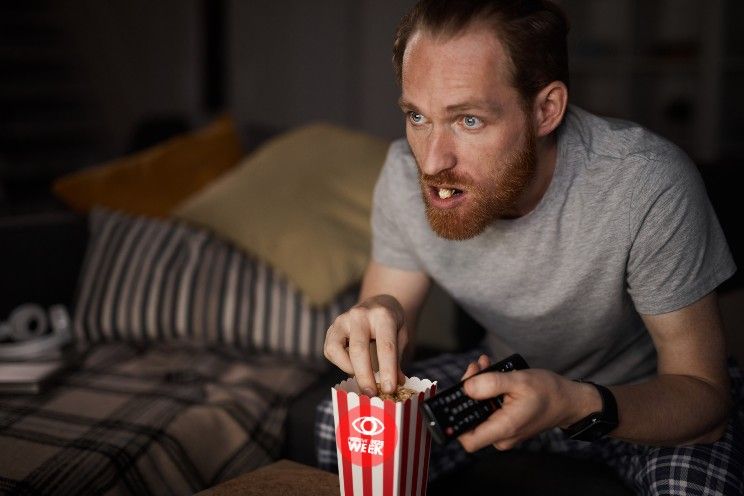 It’s the weekend again and we are only too happy to delve into all the beauty that the streaming services have in store for us. From movies and series to e-books and music on Spotify. Here you will discover the best new films, series, music and e-books.

Detective writer Grace Miller knows how to determine a motive with deadly precision. And she desperately needs that skill to unravel her sister’s murder.

A writer for a newspaper tries to come to terms with the death of his wife. He turns into a gruff man in order to keep the people who want to help him at a distance.

An ecstasy producer who lives in luxury on the border between Belgium and the Netherlands is faced with changes when two undercover agents infiltrate his organization.

Drac and the Pack are back like you’ve never seen them before in Hotel Transylvania: Transformania. Reunite with your favorite monsters for an all-new adventure that presents Drac (Brian Hull) with his most terrifying task yet. When Van Helsing’s (Jim Gaffigan) mysterious invention, the ‘Monsterification Ray’, goes awry, Drac and his monster friends are all transformed into humans, and Johnny (Andy Samberg) becomes a monster! In their new unfit bodies, Drac, stripped of his powers, and an exuberant Johnny who loves life as a monster must work together to find a cure before it’s too late and before they drive each other crazy. With the help of Mavis (Selena Gomez) and Drac Pack, it’s a race against time to find a way to change themselves back before their transformations become permanent.

An immortal alien race, created by the Celestials, has lived secretly on Earth for over 7,000 years. However, an unexpected tragedy forces them to emerge from their shadows after all these years. They must reunite to protect humanity from their evil counterparts, the Deviants.

The crew of the Enterprise are recalled to Earth, where it is revealed that Starfleet’s headquarters have been destroyed by an unstoppable threat from their own organization. Captain Kirk leads the manhunt for the life-threatening perpetrator, with whom he still has a personal score to settle. A grand strategic chess game of life and death ensues. Love relationships and friendships are strained and sacrifices have to be made for the only family Kirk has left: his crew.

CITY ON A HILL

In early 1990s Boston, idealistic Assistant District Attorney Decourcy Ward must team up with corrupt FBI veteran Jackie Rohr. Together, they work on a case that changes the city’s criminal justice system.

→ watch CITY ON A HILL

In his investigation into the Deventer murder case, journalist Bas Haan is increasingly convinced by those who accuse ‘the handyman’ of the murder. A media frenzy is the result, which turns the life of ‘the handyman’ and his wife into a true nightmare. Dismayed by this ‘trial by media’, Bas goes to great lengths to uncover the truth: has someone been wrongly convicted by the court or is it an innocent victim?

I WAS TWELVE AND I BICYCLED TO SCHOOL

Sabine Dardenne is twelve years old when she is dragged from her bicycle by Marc Dutroux and his accomplice, drugged in a van and taken to an unknown house. What Sabine has to endure there is terrible. She has to undress, Dutroux puts a necklace around her neck and binds her to a bed with it. After a few days, Sabine is taken to a cellar, where she is repeatedly harassed by Dutroux in the time that follows. At the end of her captivity she is joined by Laetitia Delhez and a few days later the girls are freed by the police. ‘I Was Twelve And Cycled To School’ is an extraordinary testimony from a young woman who spent eighty days in captivity before being rescued from death.

Sabine Dardenne wrote this book so that the voice of the victims will finally be heard and the fascination with these kinds of monsters will disappear forever. “I am one of the few lucky enough to escape such a murderer. Telling this story is a necessity for me and if I have the courage to reconstruct this hellhole, it is mainly so that judges don’t release pedophiles halfway through their prison term for ‘good behavior’, and without any warning. NRC Handelsblad: “It is not easy to imagine a more heartbreaking book than ‘I was twelve and cycled to school’ by Sabine Dardenne, or it should be Anne Frank’s ‘The Secret Annex’.”

→ I WAS TWELVE AND I BICYCLED TO SCHOOL listen

We have already given you a nice selection of the new range of streaming services, but there is of course much more New This Week. Are you looking for other new movies, series and music on these streaming networks? On our sister site Nieuw Deze Week you will find everything new on Netflix, Film1, Videoland, Ziggo, Kobo Plus, Pathé Thuis and Spotify! Our Belgian readers can visit Nieuw DezeWeek.be for the latest films and series on Netflix.