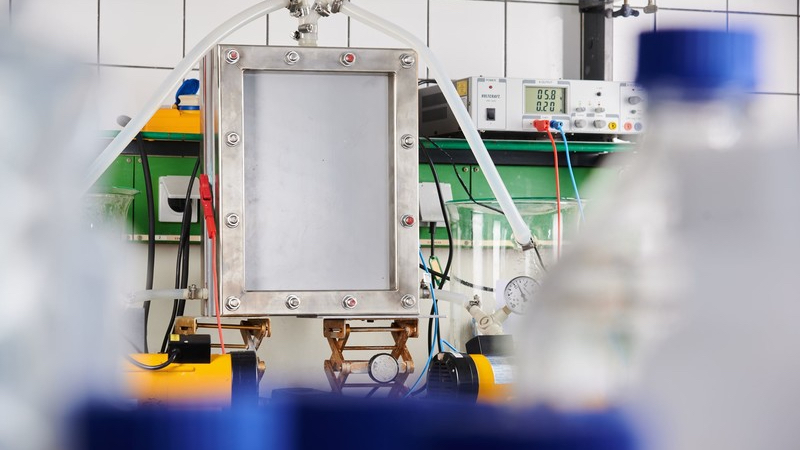 The German chemical group Evonik wants to improve the recycling process for lithium-ion batteries. With a new method, the company wants to significantly increase the recycling rate of lithium.

The past few years have shown that we need more batteries. Be it for storing sustainable green electricity or for electric cars: the need for energy storage will increase. However, this creates new challenges that should not be neglected.

A large number of lithium-ion batteries will reach the end of their life cycle in the coming years. As a result, they end up at the recycling center. The problem, however, is that the industry currently only recycles around five percent of the lithium it contains. The raw material is of inestimable value.

The Essen-based chemical company Evonik has apparently recognized this and would therefore like to make lithium recycling more attractive. For this purpose, the group has developed a special machine that is supposed to scoop up to 100 percent pure lithium hydroxide from old materials. It will then be used to manufacture new batteries.

However, the recycling centers first have to remove the plastic from used lithium-ion batteries and grind the remains of the battery into powder. This so-called black mass in turn contains lithium, cobalt, nickel and manganese. After processing, a lithium-containing liquid is produced that can be processed.

The corresponding machine consists, among other things, of a ceramic membrane, a positively charged anode and a negatively charged cathode. The membrane is optimized to only let positively charged lithium ions through. The material lithium hydroxide is then formed at the cathode in interaction with hydroxide.

The technology is not yet fully mature. However, Evonik wants to bring them to market in three to five years. This also seems necessary, because the legislator prescribes a mandatory recycling quota. In the EU, for example, manufacturers will have to recycle around 35 percent of the lithium in used batteries by 2026. In 2030, the proportion will rise to 70 percent.