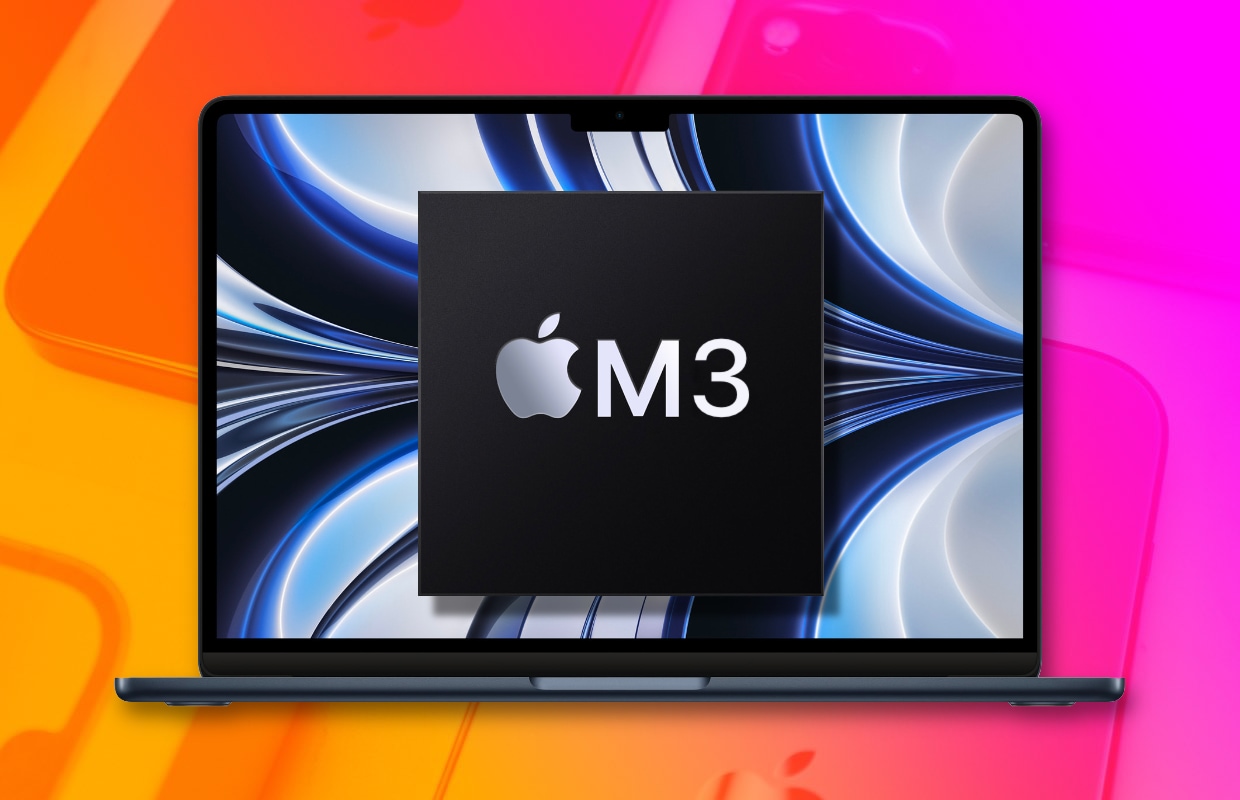 It’s going to be a busy Apple year, because a new MacBook Air will be released this year. And the beautiful thing is? The MacBook Air 2023 gets an M3 chip!

According to a report from the website DigiTimes, Apple plans to release a MacBook Air in the second half of 2023, with an M3 chip. No further specific details or release date were given in the report.

Apple’s chip manufacturer TSMC (Taiwan Semiconductor Manufacturing Company Limited) has already started making 3nm chips at the end of December. The M3 chip in the MacBook Air 2023 and the A17 chip in the iPhone 15 are the first chips to be made with this manufacturing process.

The MacBook Pro also gets an M3 chip

Recently, the usually reliable Apple connoisseur Ming-Chi Kuo said that the 14-inch and 16-inch MacBook Pro will receive an update to an M3 chip in 2024. It would then concern the M3 Pro and the M3 Max chip.

This is a pattern that Apple has often followed, as the M1 and M2 appeared first in the MacBook Air. Then the Max and Pro versions were found in the MacBook Pro.

Still, you should take this news with a grain of salt. DigiTimes has previously said that the MacBook Pro with an M2 Pro or M2 Max will be delayed and not released until late 2023 or early 2024. They were wrong then, as Apple recently released the MacBook Pro 2023.

The current MacBook Air has an M2 chip and has been in stores since July 2022. In our MacBook Air 2022 review, we were very satisfied, but we did say that the version with the M1 chip is still fine.

For everyday use – consisting of typing, surfing and streaming – you are better off with the M1 variant for now, and € 300 surplus in your wallet. Pros, on the other hand, need to take a hard look at what they want from their MacBook. For demanding tasks that take a long time, a MacBook Pro is not a luxury. However, do your pro tasks consist of shorter calculations? Then the MacBook Air 2022 is the perfect laptop for you.

Do you want to be up to date with all the Apple news? Then sign up for our newsletter. In addition, download the free iPhoned app and keep an eye on our website.