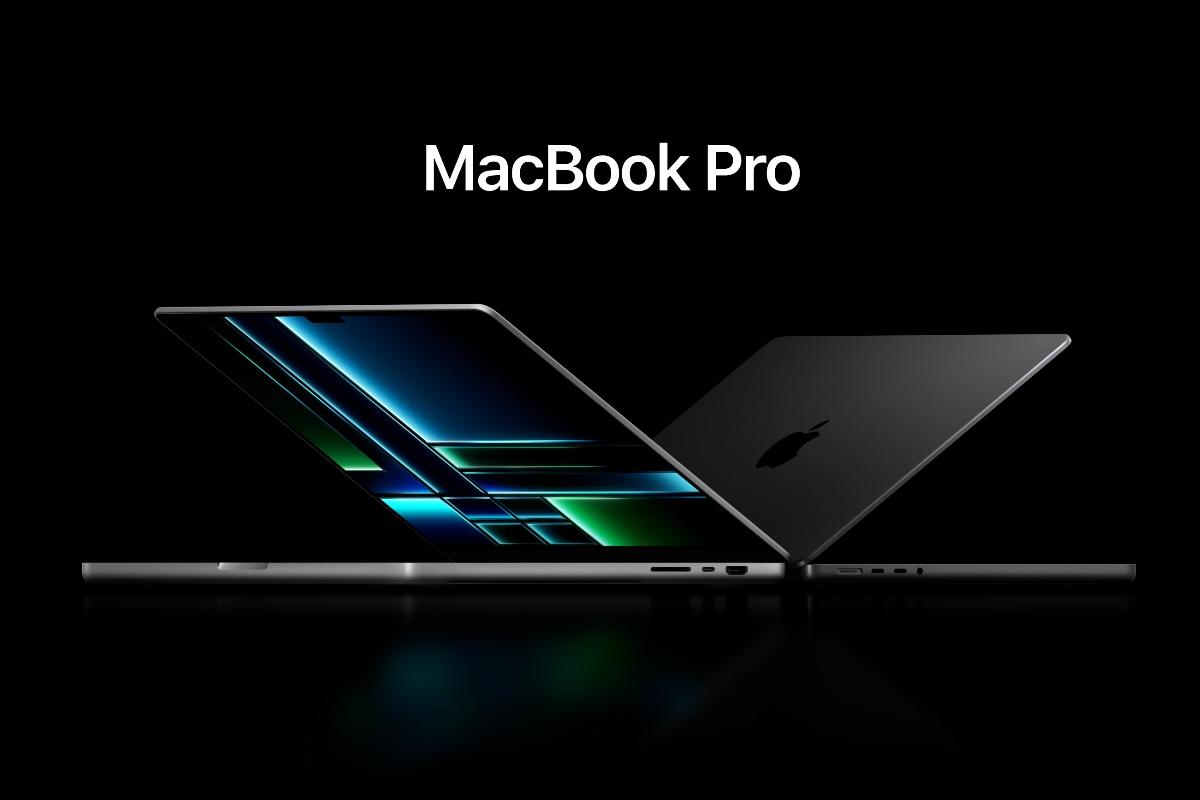 Apple today announced the new 14- and 16-inch MacBook Pro 2023. What has changed with the new generation of MacBook Pro?

Apple has announced a new generation MacBook Pro in a press release. It concerns a 14- and a 16-inch MacBook Pro. We put together the new features of the MacBook Pro 2023 for you.

These new chips are especially good news for professional users who use their MacBook for video editing or coding, for example. After all, the new M2 chips are more powerful, so that heavy tasks such as video editing run more smoothly on the laptop.

The big advantage of the new M2 chips is that they are more energy efficient, so the battery of your new MacBook lasts a lot longer. The MacBook Pro 2023 battery now lasts for 22 hours, making it the best battery on a Mac ever.

The biggest advantage: with WiFi 6E you can use the internet faster indoors. The stability and range of the signal are also improving. The signal of Wifi 6E has been greatly improved, because a new bandwidth has been added: 6GHz. To use this you will probably have to buy a new router, because most routers only support 2.4 and 5GHz.

The advantage of this new bandwidth is that there are fewer WiFi devices on this frequency. As a result, the WiFi signal is disturbed less quickly. With the new MacBooks, you have faster and more stable internet, provided your router supports 6GHz.

Expanding the working memory makes the new MacBook Pros faster than the previous generation MacBook Pros. The MacBook Pro is now even more powerful, especially with the new M2 chips.

Few changes in the screen of the new MacBooks

Like its predecessor, the MacBook Pro 2023 is available in two screen sizes: 14.2 inches and 16.2 inches. The screen technology is unchanged: Apple has again opted for mini-LED. With mini-LED, there are lighting sources behind the pixels, making the screen brighter than, for example, an LCD screen.

The screen of the new MacBook Pro supports HDR and has ProMotion. The latter means that the screen refreshes a maximum of 120 times per second. As a result, images merge smoothly into each other, giving you even better image quality.

Same ports as the MacBook Pro 2021

Fortunately, Apple reintroduced more ports with the 14-inch and 16-inch MacBook Pro 2021. This is the same with the new generation of MacBooks: they are not only equipped with three USB-C connections, but also have an HDMI port and SD card reader. In addition, the MacBook Pro 2023 is equipped with MagSafe, Apple’s magnetic charging connector with fast charging option.

MacBook Pro 2023: this is how much the new laptop costs

The new MacBook Pros have only just been announced, but they are already available to order. Check the links below to pre-order the MacBook. The MacBook Pro 2023 will be available from January 24, so please be patient!

Don’t want to miss anything about the new MacBook Pro and read our extensive review? Sign up for our newsletter or download the iPhoned app