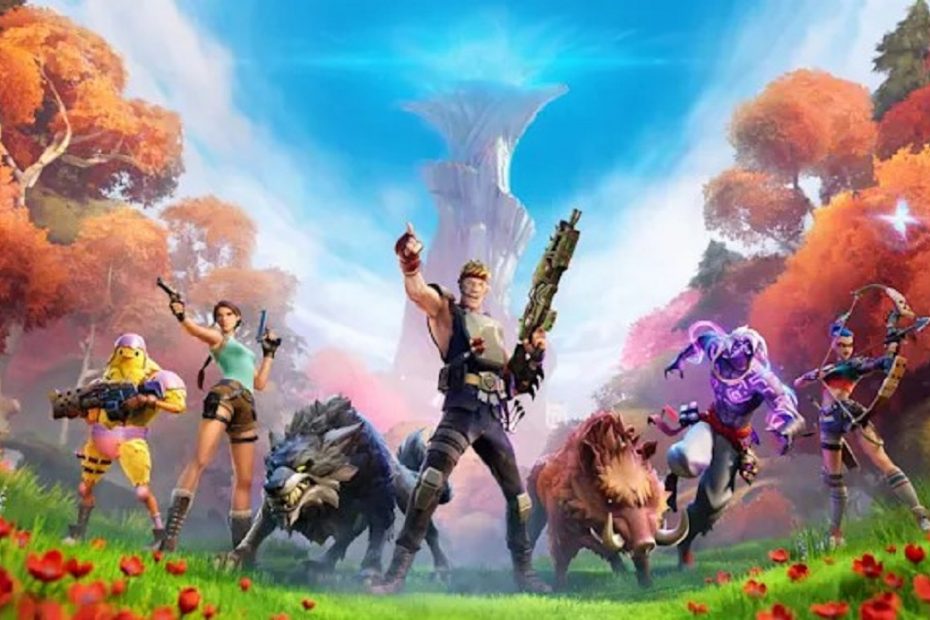 The new season of Fortnite kicks off today with new weapons and characters such as Lara Croft. Check them here.

Fortnite, the new season (Chapter 2, Season 6), kicks off today and is called ‘Primal’. New playable characters such as Lara Croft will appear in the game. You can also play with old-school weapons in the new season. After the end of the Zero Crisis Finale, this is a unique solo mission where gamers try to mend fractures in reality, the story continues. These fractures are caused by an energy sphere.

During the finale, the sphere emitted a mysterious pulse that turned the island into a primitive wilderness where cruel animals and docile prey lived, from ferocious wolves to tame chickens. All modern technology disappeared because of this. What remained were traditional weapons, including shotguns and bows and arrows. Now you can find these in the game, but you can also make the weapons which is cool. Fortunately, the pump shotgun can be used again!

As we know from Fortnite, there are new crossover characters. Here we see the well-known survivalist Lara Croft. Brazilian footballer Neymar also returns to the game. The question is whether this is enough to surpass the successful season 5. When you buy a Battle Pass, you also get a lot of new skins and cosmetic items. Some examples of this include Raven from DC Teen Titans, Spire Assassin, and Robo Ray.

Animals also appear in the new season. You can farm these for materials. For example, you can use bones to make different objects. The animals that come to the game are Wolf, Boar, Frog, Spire Guardian and Chicken.