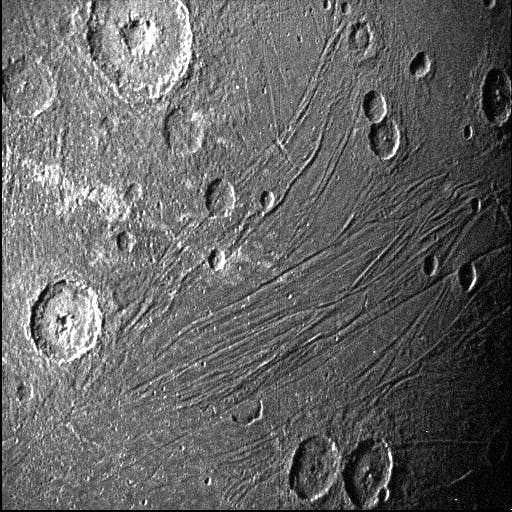 The Jupiter mission of 2016 now has the largest moon in the solar system in its sights. You haven’t been so close to him in 20 years. Actually, the photographer should already be retired.

The Juno probe should no longer work because its main mission has already been completed. Nasa decided, however, not to let the spacecraft enter the atmosphere of Jupiter to burn up. Instead, she continues to use Juno and is now rewarded with high-resolution images of Jupiter’s moon Ganymede. It is larger than the planet Mercury – so big that it has its own magnetosphere. The reports on the “second life” of the Juno probe Space Agency on their website.

The camera’s green filter makes the picture of Ganymede black and white. A color photo is put together from this. (Photo: Nasa / JPL-Caltech / SwRI / MSSS)

Probe flies close to the moon

On Monday, June 7th, Juno came within 1038 kilometers of the largest moon, Ganymede. The last time you got this close to the largest natural satellite in the solar system was in 2000, when the Galileo probe passed it. In addition to impressive images, Juno also sends data on the composition of the moon, its ionosphere, magnetosphere and the ice envelope that surrounds it. “Juno has a number of sensitive instruments on board that can see Ganymede in a way that has not been possible before,” says Juno chief researcher Scott Bolton of the Southwest Research Institute in San Antonio. The instruments include an ultraviolet spectrograph, an infrared mapper, and a microwave radiometer. You look into the water ice crust to provide information about its composition and temperature.

Also interesting: In search of life: Nasa is sending missions to Venus again after 30 years

Cameras make pictures for the eye – and for gaining knowledge

The probe has three cameras, of which only the Junocam produces optical recordings for the public. Its development purpose was to transport the beauty of Jupiter exploration. Nevertheless, the experts were able to collect scientific knowledge about it. The team wants to compare the current images with those of previous missions in order to make changes over the past 40 years visible. For example, the number of objects that hit the moon’s surface can be recorded. Initially, NASA only published black and white images, as the teams still have to put the photos together with the individual filters in order to create color images. Heidi Becker from Radiation Monitoring is pleased: “The conditions under which we took the picture of the dark side of Ganymede were ideal for a faint camera like our Stellar Reference Unit.” The camera was originally only intended for navigation. 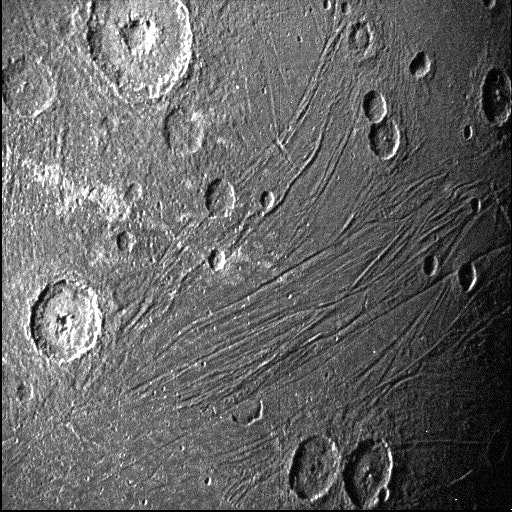 The “Juno’s Stellar Reference Unit” is actually a navigation aid. Now she took a picture of the night side of the moon. (Photo: NASA / JPL-Caltech / SwRI / MSSS)

In addition, Juno measures the radiation composition in the area in order to provide important information for upcoming missions. With the Europa Clipper mission, NASA wants to research whether there is life in the oceans of Jupiter’s moon Europa. In addition, Esa is starting the Juice Mission (JUpiter ICy moons Explorer) as planned next summer. It will examine the three large Jupiter satellites Ganymede, Europa and Callisto in several flyby flights and then enter a Ganymede orbit. With radar, radio and plasma wave sensors, particle spectrometers, lasers and various other instruments, the researchers want to get to grips with the ice layer of the ice giants.