my experiences after 8 months 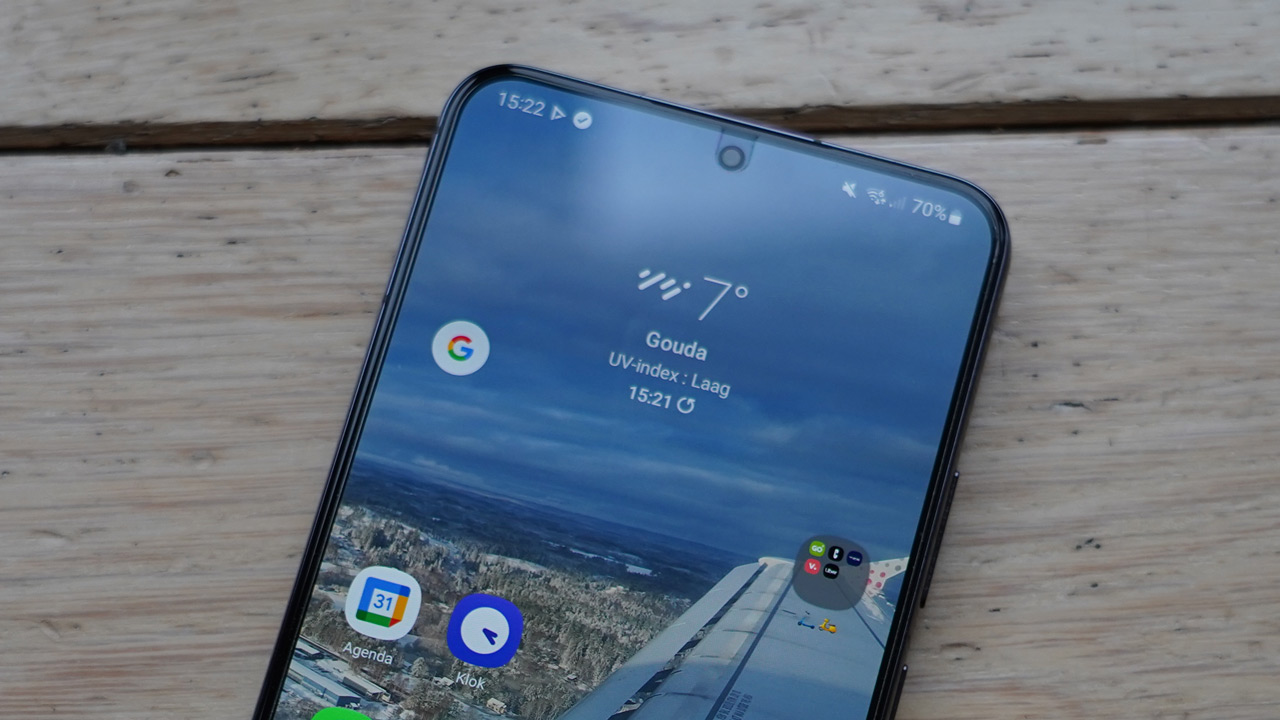 For eight months I walk around with the Samsung Galaxy S22 + every day. Time to take stock and give my opinion on this phone. Because is this high-end smartphone the best choice if you are looking for a new device?

Galaxy S22+: the review after 8 months

We test devices for weeks and write extensive reports about them. You get the best impression if you have owned the device for months. Have I started looking at the Samsung Galaxy S22+ differently? Yes and no.

If you are looking for a high-end smartphone, there is a good chance that you will soon end up with Samsung. Yet the competition is not standing still. OnePlus has the OnePlus 10 Pro and OnePlus 10T, Sony the Xperia 1 IV and Motorola has been there since October with the Motorola Edge 30 Ultra, which has also been very successful. From the Oppo camp we see the Oppo Find X5 and then of course we have the new Pixel 7 Pro. Plenty of options, but all with a hefty price tag. 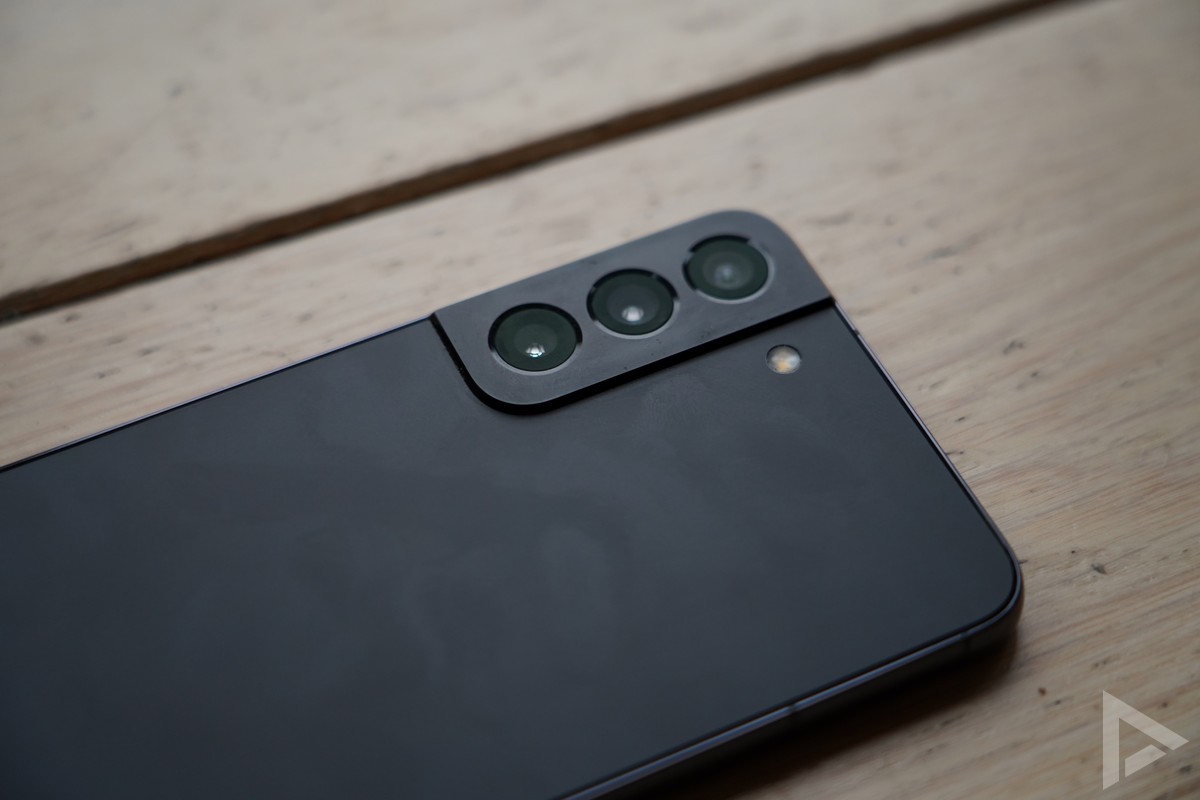 In May last year I started using the Galaxy S22+, a stylish device that convinced me enough to start using it myself during the review period. I like the device in terms of size; where I find the Ultra very nice, but very large, the S22 + is a nice buddy. It does make a difference that I have somewhat large hands myself, which also makes using a larger device better. The smartphone received a glass screen protector and a bumper immediately upon arrival. They’ve all been on and around it from the start. I chose the glass screen protector from Ringke (that’s this one) and a Nillkin bumper in the green color.

Partly due to the use of screen protection and a cover, the device still looks great. I wanted that too. Since the phone is made of glass, protection for the device is definitely recommended.

Before the Samsung Galaxy S22+, I was mainly found with OnePlus devices. I used the OnePlus 10 Pro, the OnePlus 9 Pro, OnePlus 8 Pro, OnePlus 7 Pro and before that I was a Huawei customer. The Huawei P30 Pro and Huawei Mate 20 Pro followed my passion for LG devices; such as the LG G6 and the LG G4. I also had Samsung, but that was a while ago. Apart from the review devices, the Galaxy S3 and Galaxy S2 were the daily driver models at the time. 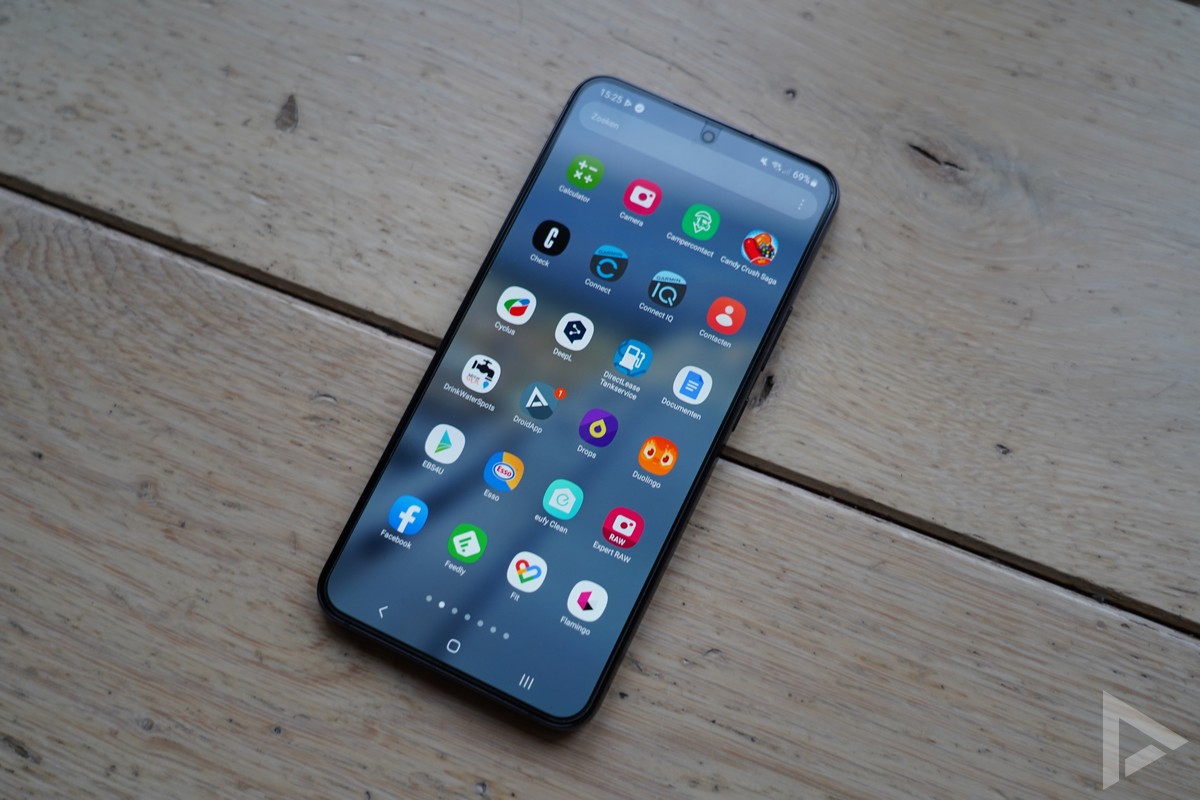 I use my phone all day long. To check the news, take photos, plan routes, consult the TV guide and of course also make calls. The past eight months have shown that the Samsung Galaxy S22+ does not let me down in those areas. The Galaxy S22+ is perhaps a fraction less fast than the Pixel 7 Pro and similar devices with a Snapdragon, but you really don’t notice this in daily practice, at least I didn’t. There have been no significant crashes in the past eight months, which again shows that Samsung coordinates everything well and does not cause any crazy things. You scroll horizontally through your app menu and the desired app is opened and there are no problems with receiving notifications either. 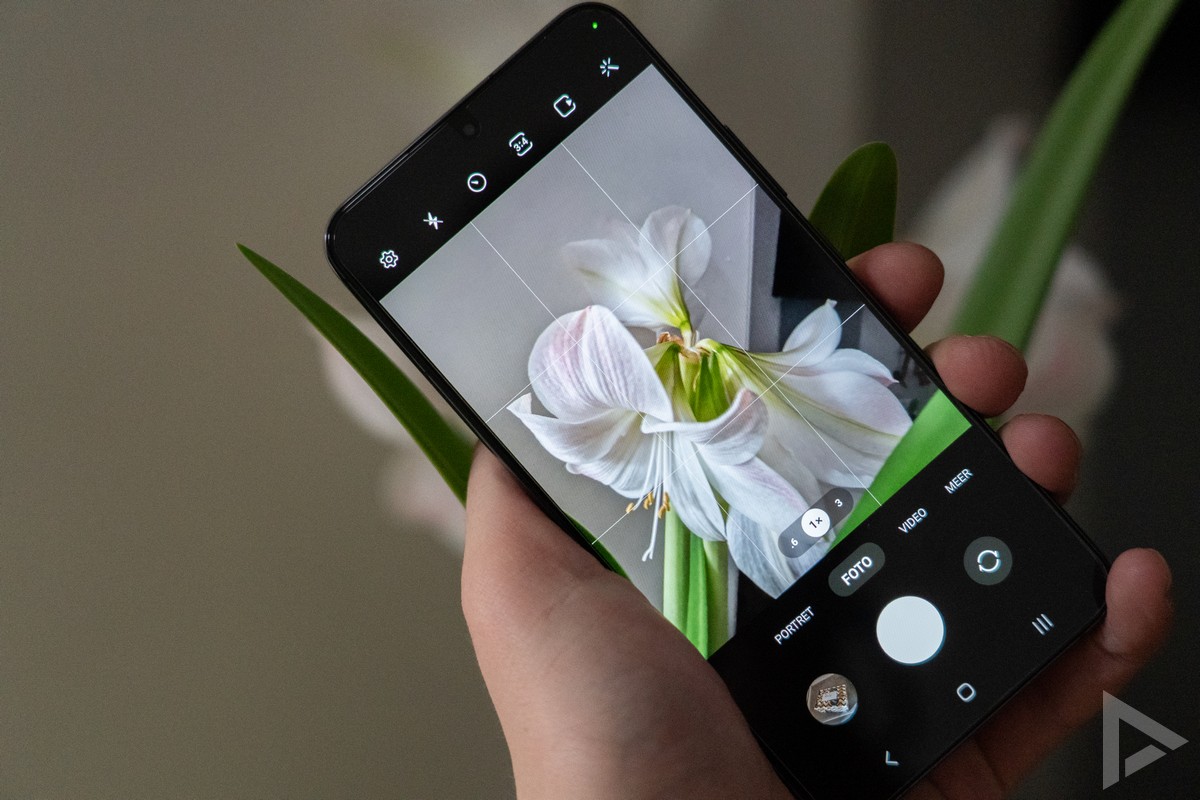 If one feature can be mentioned that the Samsung is very successful with, it is with the camera. The three cameras of the Galaxy S22+ will not disappoint you in almost any situation. I’m never actually in pro mode myself, I do everything with the phone on autopilot. For the other work I have a different camera. Recently, I have increasingly either put that other camera in the bag or left it at home because the Galaxy did fine.

Sometimes the phone is very enthusiastic about exaggerating colors, but this is all along with how it was with previous models at Samsung. In many cases, this Galaxy is a great alternative if you don’t feel like taking a camera with you, for example on a weekend away. I also took the Galaxy S22+ to Gothenburg around the Christmas period. The Swedish city is then very cozy. In these sometimes poorly lit conditions, the phone managed to hold its own with sharp, clear photos. This also applies during the day; where it is nice that you can still zoom a little optically. A function that I often use, because this often happens without loss of quality.

When I go to a concert, I like to enjoy it a bit. The video quality of the Samsung Galaxy S22+ is fine and nothing to complain about. Below is a video I made during a concert.

Nothing but praise for the Samsung Galaxy S22+ so far. Still, it’s not all cake and egg with the Galaxy S22. And that is mainly due to the battery life. It is very different from the values ​​​​that I have achieved with the review phone. I don’t know what the reason is, but with intensive use, with a screen time of three hours, the battery is done. Reason to order a power bank and take it with you.

And I had just forgotten to bring it from the hotel in Milan. I had charged the phone at the hotel and thought it should be fine. At the end I searched in vain for a taxi, all of which were full. Then started working with MyTaxi and Uber, but that also led to nothing. The final percentages quickly counted down. No free taxi to be found anywhere. Out of necessity I photographed the address of the hotel with the camera I had with me. Quickly looked up a bus on Google Maps with the last two percent of the battery that came a bit close. To then show the address of the hotel to the taxi driver on my camera. Very unpleasant.

Even when you use the device less often, the battery of the S22+ is empty really quickly compared to competitors. You can charge the Galaxy S22+ with 45W, provided you purchase the extra charger for this. I have the original 25W charger myself and think that is sufficient, although I secretly love it when a review device is delivered that you can charge quickly. 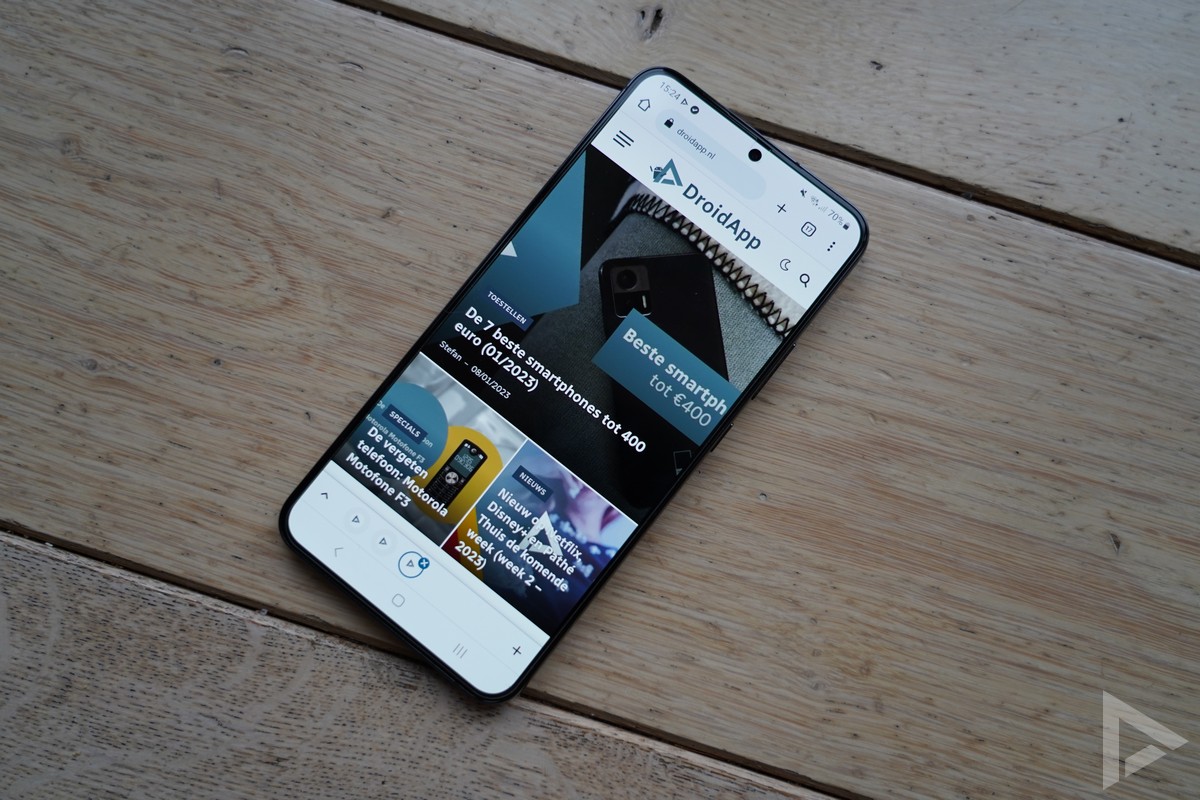 In terms of updates, Samsung is the best boy in the class. When announcing the Galaxy S22 series, the brand announced that security updates will be rolled out for at least five years. In addition, there are also at least four Android updates. A very nice promise. And that is also adhered to without any problems, because every month there is an update to a new security patch ready and the Galaxy S22 was one of the first to be offered Android 13. 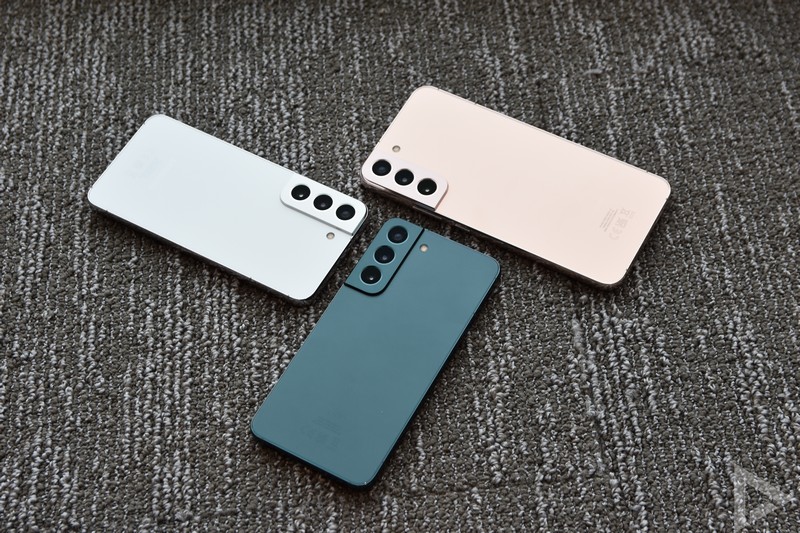 How do I like the Samsung Galaxy S22+ after eight months? It’s a great phone and I still like it a lot. I think the camera and the update policy are two important features of a smartphone; that just has to be good. There is little to criticize with the Galaxy S22 +. What can be criticized, and what I also find a very important part, is the battery life. It’s substandard. Some research tells me that it disappoints more people. It is not clear to me what the reason for this is. The updates that have been obediently released in recent times have in any case not improved battery consumption, as has a clean installation.

Although the Galaxy S23 series is coming soon, I want to show that you really don’t have to forget about the Galaxy S22 series. This smartphone can really last for years to come. If you use your phone intensively, it is advisable to also take a power bank with you if you are going out for a long time. Nothing but praise for the S22 +.