Mini Cooper SE in the test: the electric car for enthusiasts 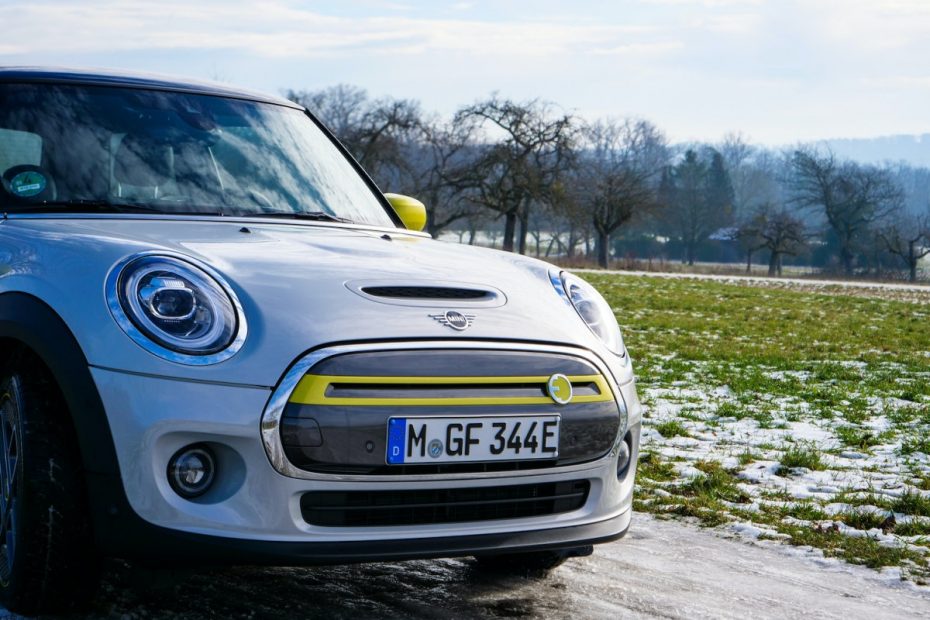 The Mini Cooper SE is in an electric car for fans of the British brand. It offers a lot of driving pleasure but little range. We tested the design-loving city runabout.

The Mini has enjoyed cult status for decades. Even people who are not really interested in cars recognize a Mini when they see it. The worldwide fan base of the small car from Great Britain is correspondingly large – and it is precisely these that the Mini Cooper SE is aimed at.

The first fully electric mini is basically nothing more than a classic mini – just with an electric drive and battery instead of a combustion engine and tank. Hence the official claim “Charged with Passion”. Here and there a little design element that indicates it’s an electric car. In addition, spacey sounds and a colorful light show as soon as you start the Mini. Otherwise, the Mini Cooper SE hardly differs from the combustion variants.

Mini Cooper SE: BMW i3 with lifestyle and go-kart feeling

Since Mini belongs to BMW and it is therefore obvious to use the well-known “synergies”, the Mini Cooper SE is powered by the same engine as the BMW i3. This results in 184 hp and 270 Nm of torque, which accelerate the Mini from 0 to 100 km / h in just 7.3 seconds. However, the power is available from the first turn – and so the sprint feels much more impressive in practice than the value suggests.

Apart from this one thing in common, the Mini Cooper SE can be seen to some extent as an alternative to the BMW i3. The outside of the BMW i3 has a futuristic (albeit controversial) design. It is comparatively high and the tires are narrow. Inside, the Munich resident is reserved and emphatically minimalist. It offers its occupants plenty of space for this. Not least because it was designed from the ground up as an electric car. Everything about the BMW i3 has been optimized for range – at the expense of driving comfort. Anyone who has driven into a curve a little faster with an i3 will think twice about it the second time. Even driving on the motorway in strong gusts of wind is no fun with the lightweight electric car.

Visually, the Mini Cooper SE only differs from its combustion counterparts in terms of minor accents in the design.

Things are completely different with the Mini Cooper SE. Compared to the BMW i3, the Brit comes across as a colorful crackers candy. Anyone who has never sat in a Mini will be overwhelmed by the interior at first. Something is lit up everywhere, there are countless buttons and switches. Everything is colorful and looks overloaded – but somehow coherent. It’s this iconic design that fans around the world love the Mini so much for. And this model is aimed precisely at them. The Mini Cooper SE is an electric car for fans of the brand and the lifestyle associated with it. No more and no less. 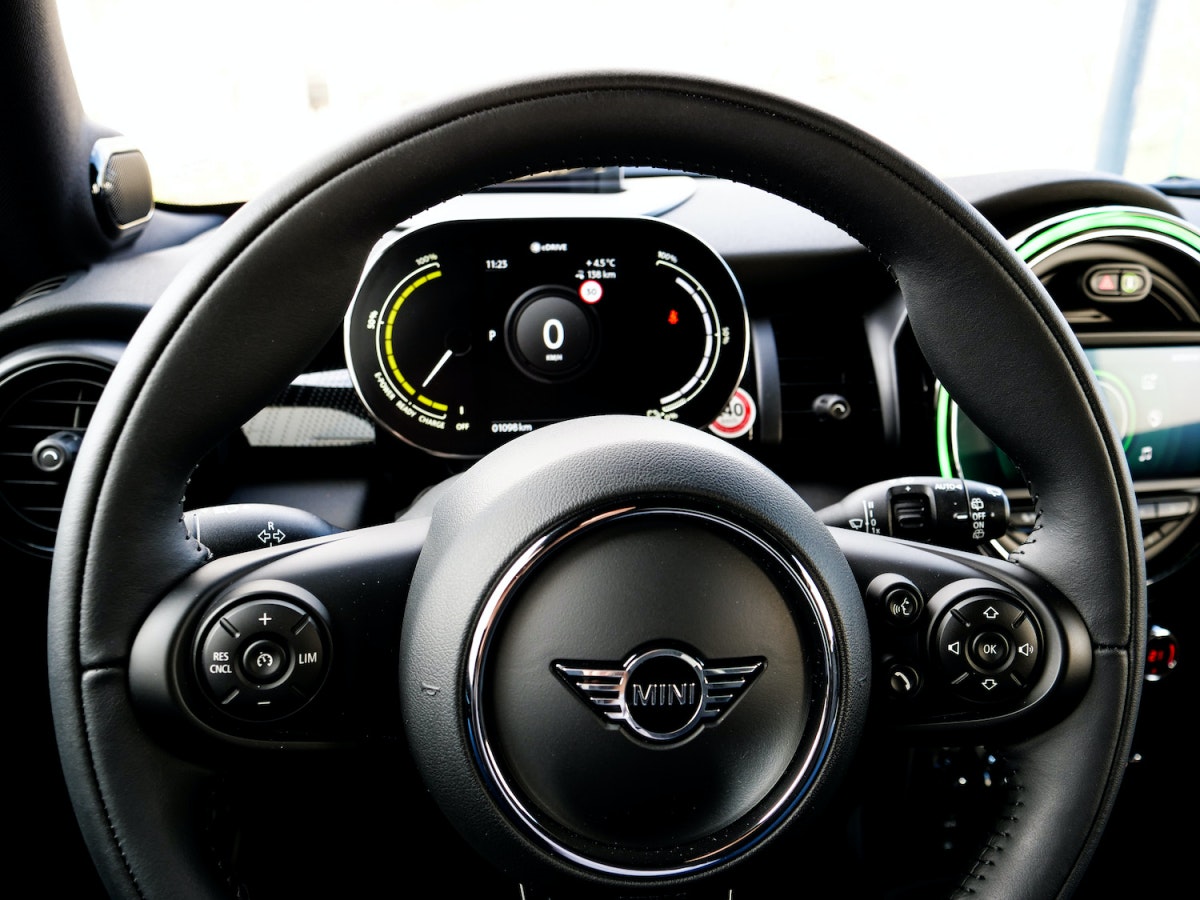 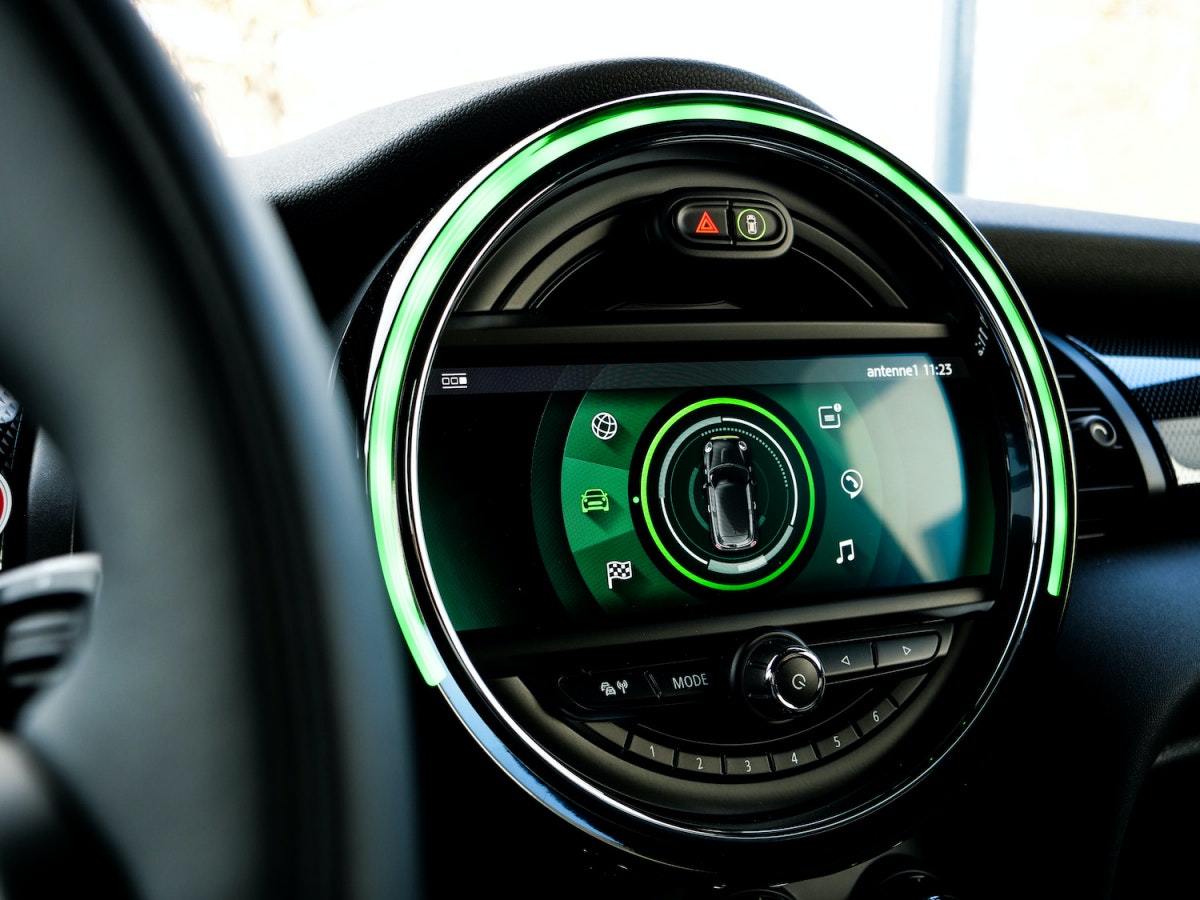 This is at the expense of the feeling of space, because the Mini is actually mini inside. But the Mini Cooper SE drives like a go-kart. It’s a lot of fun driving the agile electric car dynamically on winding country roads. The small car has good road holding thanks to its low construction and – compared to the i3 – wide tires. Nevertheless, you shouldn’t overdo it with acceleration in tight corners, as the front-wheel drive is sometimes overwhelmed by the 270 Nm torque of the electric motor.

In the inner city, the Mini scores with its small turning circle and the fact that you can get to almost any parking space in one go.

The Mini Cooper SE was designed as an electric car for the city or for short journeys. This can be seen on the one hand by the tiny trunk (278 liters) and the fact that with a large driver there is hardly any space left in the back seat.

On the other hand, Mini has decided to only install a battery with a net capacity of 28.9 kWh, which results in an everyday range of just 175 to 185 kilometers despite economical consumption values ​​of 17 to 19 kWh / 100 km (urban / country road). In winter this can drop to 130 kilometers or less. For real electric car enthusiasts, that sounds like a joke, especially when you consider that the price of the Mini Cooper SE before the subsidy is between 32,000 and 42,000 euros, depending on the equipment.

For the potential buyers of the Mini Cooper SE, it should only play a subordinate role. Because if you use the electric car to commute on short journeys and drive 25 kilometers a day, you only have to go to the charging station once a week, despite the seemingly small range. This can be done conveniently while shopping, because the 50 kW charger manages to charge the Mini Cooper SE to 80 percent in 30 to 40 minutes, even in colder temperatures. Up to eleven kW are possible on the home wallbox. 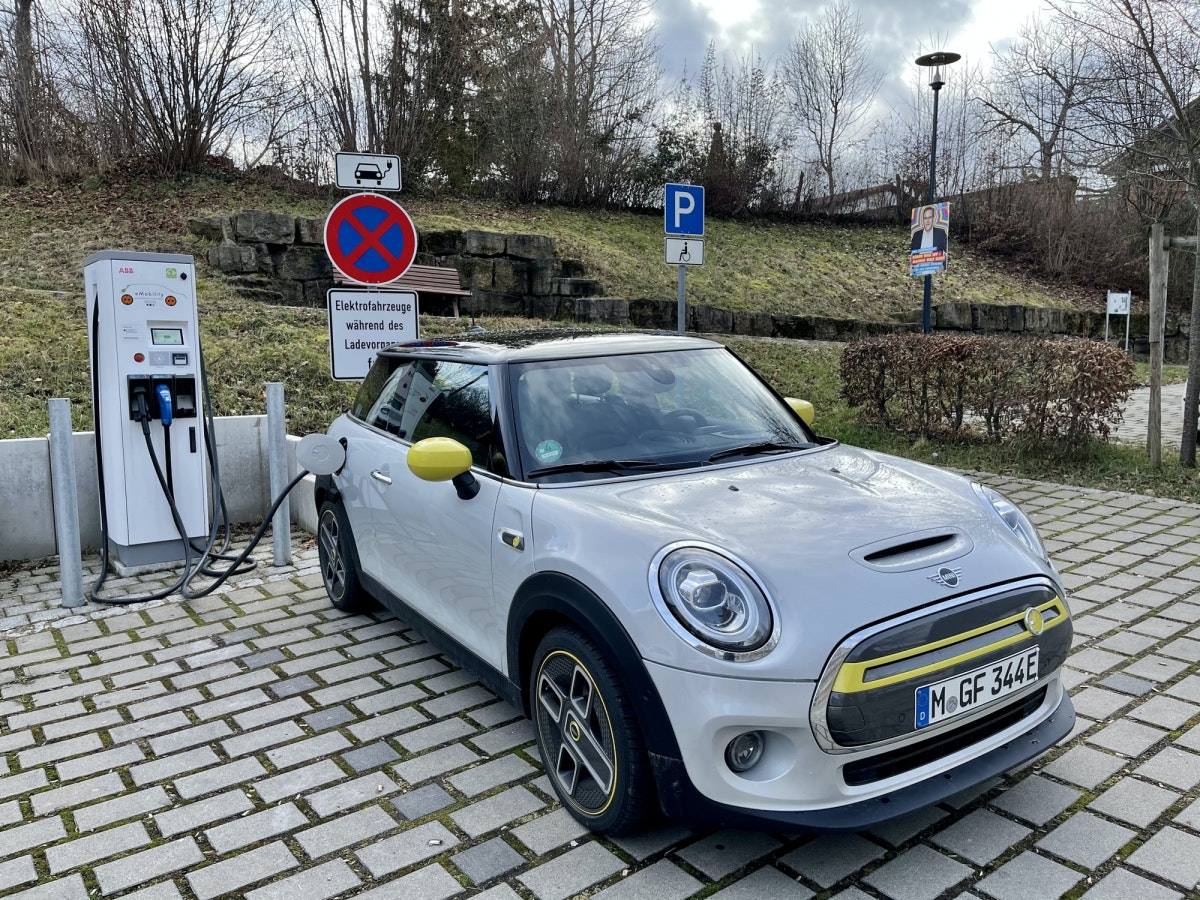 The Mini Cooper SE creates up to 50 kW on the fast charger, and up to eleven kW on the wallbox at home.

Mini Cooper SE: Departure into the age of electromobility

The Mini Cooper SE allows fans of the brand a smooth transition to electric mobility. Anyone who has previously driven a Mini with a combustion engine will immediately feel at home in the fully electric version. If, on the other hand, a “hard” break had been made and the electric mini had been completely redesigned, the e-mobility bubble might have cheered, but many mini fans would have been scared off.

The Mini Cooper SE is at home in the premium segment – and you can see that directly in the vehicle when it comes to the workmanship and the materials used. Only the head-up display, which is basically just a piece of plastic, does not meet this requirement. Otherwise, the Mini Cooper SE lacks nothing. Various comfort and driver assistance packages are also optionally available. Not to forget the pre-air conditioning via app, which makes life much more pleasant in both summer and winter.

Finally, let’s come back to the price. If you equip the Mini Cooper SE reasonably well, the end result is a purchase price of around 28,000 euros after deduction of the subsidy. That is not cheap, but in the mini-cosmos it is not really expensive either. Anyone who likes Mini will love the Mini Cooper SE and the electric driving experience.