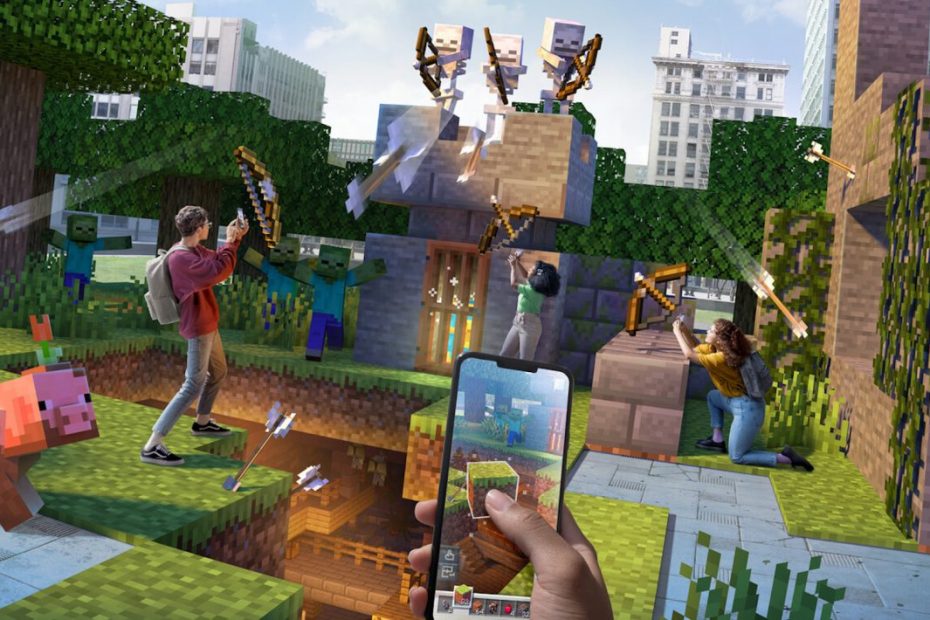 Minecraft Earth, a variation on Pokémon Go, ends. Developers from the Mojang studio have announced that the life cycle of the AR game will be surprisingly short. The reason is the current situation in the world, which, according to the authors, does not want a similar title. According to them, Minecraft Earth was designed for free movement and playing together. However, these two things are currently a big problem. The developers therefore said they had a difficult decision to redirect their resources in another direction and to shut down Minecraft Earth in June 2021.

If you have ever made a payment in the game, you will receive a free classic Minecraft for mobile as compensation.

Along with this announcement, the last major update has also arrived. The authors hope that his changes will allow players to enjoy the title at the end of his journey while staying at home. For example, microtransactions linked to real money have been removed from the game and construction will take less time. See the official FAQ for more details. Minecraft Earth will stop working on June 30th. If you have ever made a payment in the game, you will receive a free classic Minecraft for mobile as compensation.

The developers thanked all the players and creators for their support. Feedback from the community and its creations is said to have taken the game to a completely different level. The team emphasized once again that this was not an easy decision and hoped that all Minecraft Earth fans would enjoy it to the fullest before saying goodbye for good.

Minecraft Earth is an augmented reality betting game similar to the hit Pokémon Go. In addition, of course, he can build here and even cooperate in building. Mojang announced this spin-off in May 2019 and an early access version was released in October of that year. Free-to-play title is available on iOS and Android. Mojang announced Minecraft Earth as part of the brand’s 10th birthday celebrations.

The whole idea of ​​Minecraft in augmented reality comes from an even older experiment, which was demonstrated in 2015 for the HoloLens headset. According to the company’s representatives at the time, this was one of the main reasons why Microsoft finally decided to pay an astronomical $ 2.5 billion for Notch’s hit. The Redmond giant then saw a huge potential in the combination of HoloLens and Minecraft. The Mojang developers eventually took advantage of the experience they gained while working on Minecraft for the HoloLens headset. However, even after several years, it has not penetrated among ordinary customers and is the prerogative of professionals. Everyone could enjoy a more modest version of augmented reality thanks to its popularity and greater availability on mobile phones and tablets.

If you are more interested in Minecraft Earth, we have already imagined it in older texts.