Father Trent and son Otto share a passion for the game of Sea of ​​Thieves. To please his child, Trent asked developer Rare for help with a treasure hunt, but he got so much more. 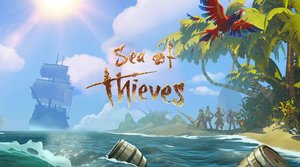 To avoid the pandemic-related warehouse fever, wanted Father Trent give his son Otto a very special treat. The 6-year-old is a huge Sea of ​​Thieves fan, so the hunt for pirate treasure was just the thing. To distract the boy from not being able to see his friends for months, should it will be an elaborate treasure hunt, with puzzles on cracked paper, buried chests and everything that goes with them.

The riddle writers from Rare

Father Trent says he is not very knowledgeable about writing good puzzles. So he turned to developer Rareto get a little inspiration. Not in his wildest dreams could he have imagined both that Creative Director of Rare Gregg Mayles as well as the Sea of ​​Thieves Creative Director Mike Chapmanwant to develop a real treasure hunt with him.

Trent looked for locations in a nearby forest that could be used for treasure hunts, and Rare handled the puzzles. I could see the result here:

Rare also contributed the treasure; the boy found one in the box Sea of ​​Thieves Edition Xbox Controller, a cap, a tankard and a letter from the two developers. You can do the complete treasure hunt on Reddit look at.

The little one’s joy is just infectious and it is good to see how parents strive for the well-being of their children in difficult times. Maybe some of you find yourself in the little boy, too, because Father Trent had to admit that he was probably at least as excited as his son.