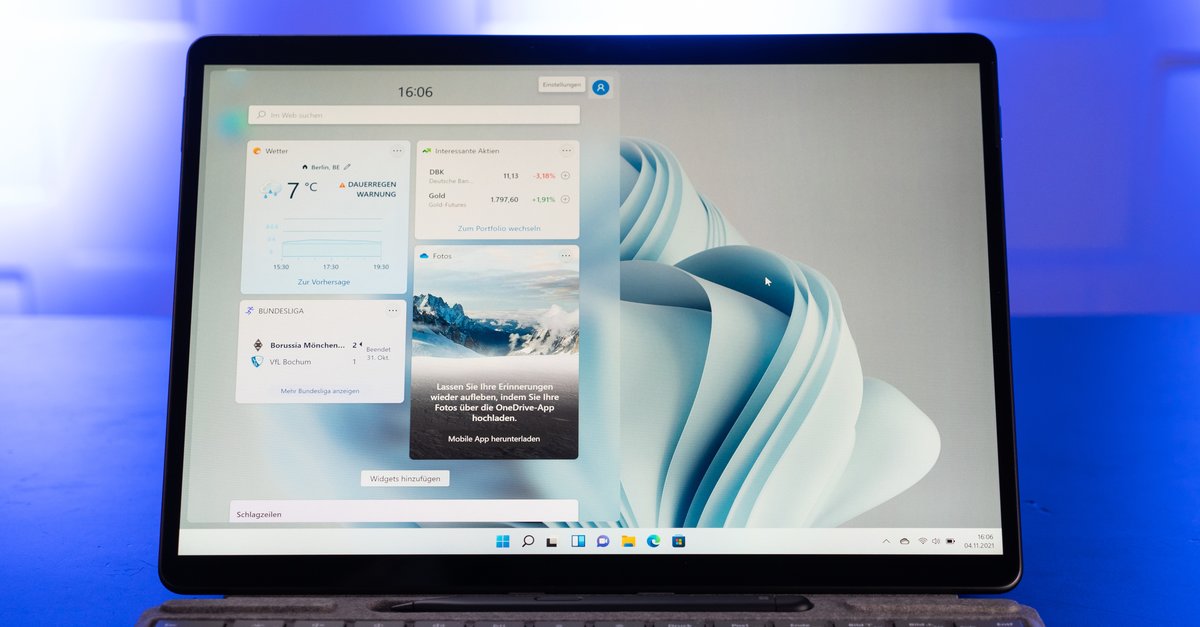 It took almost ten long years: Microsoft introduces a new design of the volume, brightness and other indicators for Windows 11. The declared goal is to finally be able to offer a uniform Windows design. Microsoft has been promising this for ages.

After almost ten years, Microsoft has now decided to launch the so-called Freshen up the flyout design a bit. This design shows up whenever the brightness or volume is changed. As usual, not all Windows 11 users will be able to enjoy the new look at first. Instead, it is only available in a preview version of the operating system. Older versions of Windows will not get the new look.

The new volume control flyout is no longer located in the top left corner of the screen, but instead moves to the bottom of the page. It is now positioned just above the taskbar:

The official Announcement on the Windows Blog According to Microsoft, with the revised design ensure a uniform look, which at least does not allow the previous wild growth to grow. A “more coherent Windows experience” should be offered. Designing all elements of the operating system uniformly has been one of Microsoft’s big promises for years. Hopes that this will finally be redeemed with Windows 11 have not been confirmed.

Windows 11 can also be installed on old computers, as our video shows:

If you are not part of Windows Insider and therefore do not receive Windows previews, you will have to wait until the new flyouts arrive. With a final publication is at the earliest expected in summer or autumn 2022, when Microsoft distributes the major “Sun Valley 2” update.