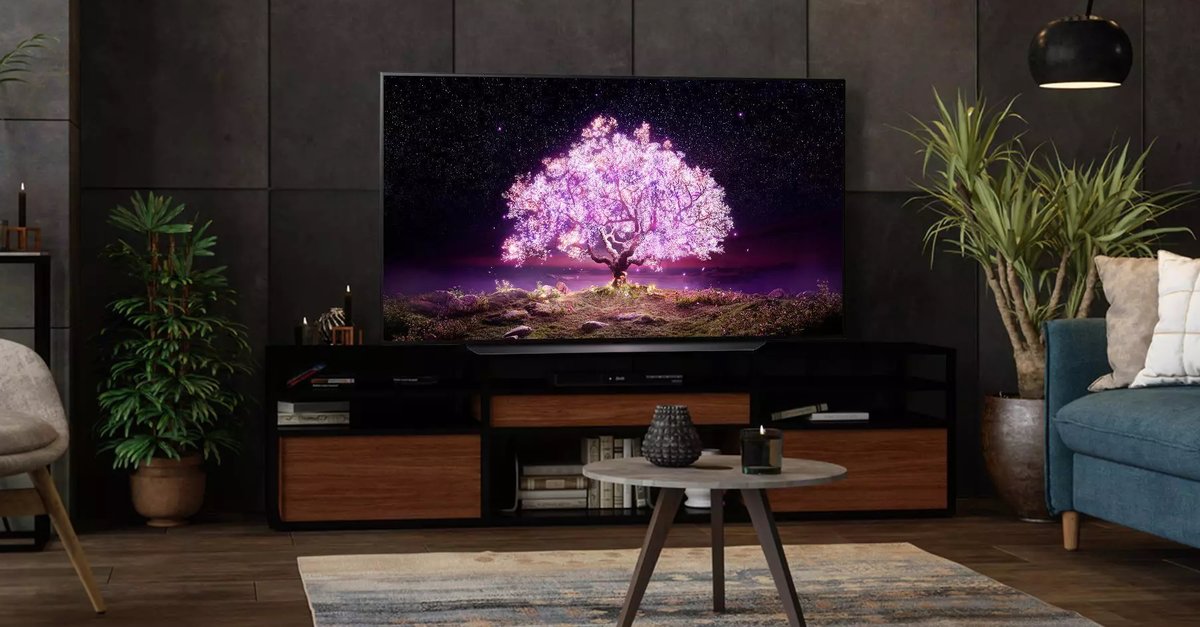 The very well-rated LG C17 OLED television is currently available from MediaMarkt at the absolute rock-bottom price. Anyone who has been waiting for a really good TV offer should strike now, because the deal is only valid for a short time.

The last few years have shown that cinema can be beautiful at home too, but only if you have the right TV. The electronics market MediaMarkt has the highly praised by the trade press LG C17 OLED TV with 48 inches for 799 euros (instead of 1,649 euros RRP) on offer (view at MediaMarkt). The premium television has never been so cheap. If you are interested, you should be quick, however, in 55 inches, 65 inches and 77 inches the Stiftung Warentest winner is already sold out.

The television is a device of the upper class with OLED-typical excellent picture properties, perfect black, Dolby Vision, HDR10, intense colors and very good lateral viewing angles. the Stiftung Warentest was so impressed that she Grade 1.7 (“good”) awarded – only two other OLED models from LG were better, which are significantly more expensive.

You can see what OLED can do and whether it’s right for you in the following video:

This LG television is particularly interesting for gamers and those who have a PS5 or are still trying to get hold of a PlayStation 5. Thanks to 120 Hertz, it offers a frame rate that can keep up with the new generation of consoles and, with four HDMI 2.1 slots, connections that provide enough bandwidth for the PS5 and Xbox Series X to be able to display up to 120 FPS in 4K resolution. With G-Sync and FreeSync, it also supports various methods for dynamic frame rates (VRR) in conjunction with PC or Xbox (VRR support should also come to the PS5 via update) – perfect for low input lag and a picture without tearing.

To the offer at MediaMarkt