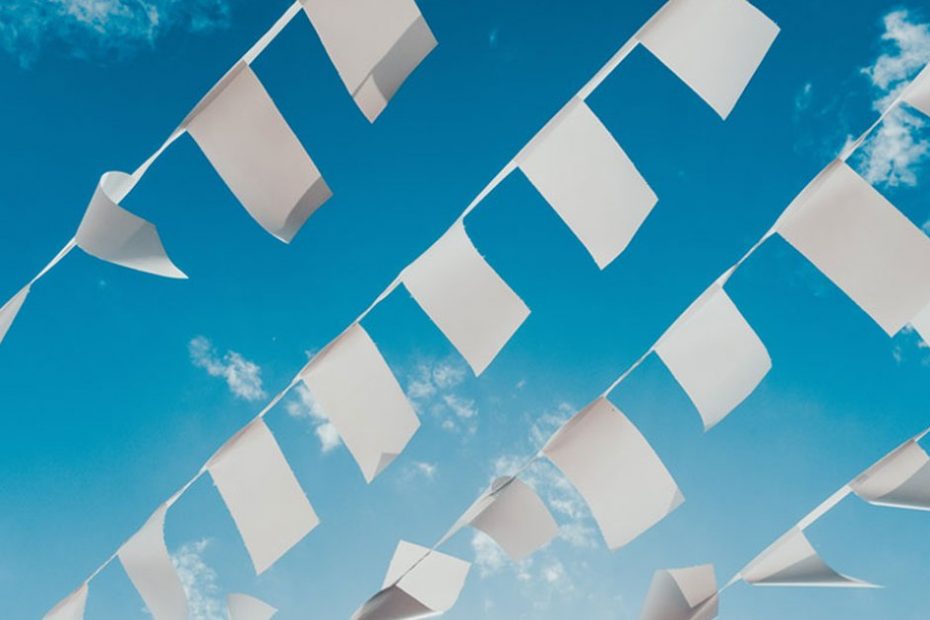 “Maybe I should stop.” It’s half past nine on Friday evening and my husband Simon and I are having wine. Well, he is, because I am eighteen weeks pregnant with our second child. Daughter Madelief, just one year old, is sleeping upstairs. Simon hasn’t seen her tonight, just like this morning, last night, yesterday morning, and the day before. “How do you mean?” I ask. “My job.”

I’m not sure if I should take this seriously. Simon’s career is important to him. He leaves the house at seven and is rarely home before eight. He has only seen Madelief on weekends for weeks and quickly in the morning. The last daddy day was two months ago. I’m really fed up – because he can’t make it all, I have to run twice as fast.

The question of how we are going to do this when child no. 2 is born has been around for a while. And not only how we will do it in the future, also how we will make it fun again now. Because to be honest, it is not fun right now. For both of us, although I consider myself the biggest victim (which, by the way, is not very good for the atmosphere), because everything comes down to me, while I also easily reach forty hours with my work.

I take care of Madelief, do the shopping and the housework (although we have a cleaning lady three hours a week, there is plenty to do with a crumbling toddler in the house), arrange our appointments and administration. I cook five nights a week and never know exactly what time Simon will be home because he is in a meeting so often that I have learned to call. It’s that we barely have time to argue, otherwise we would probably do that very often. Instead, we snarl a lot.

“Do you really want that?”

Last week, in an attack of ‘I have to do everything here too’, I shouted that I would cancel a few assignments. I am self-employed and can in principle do that, although I don’t want to. Financially it is not smart either because I earn more than Simon, but anyway, it is time for serious measures. “Do you really want that?” I ask. He shrugs. “What I no longer want is the way things are going now. I think I will quit completely. For a few years, at least until the new baby goes to school. ”

In the weeks that follow, we will think about this plan. The longer I do that, the happier I get. Because a large part of my work can be flexibly arranged, if Simon takes over the groceries and the housework, I can work more than I do now without affecting my time with Madelief and soon with the baby.

Financially we will of course deteriorate, but in the end it turns out to be not too bad. If you add the costs for two children at the crèche to the costs we incur to be able to work (think: the cleaning lady, think: every time we go out for dinner or order something because we just don’t have the energy to cook anymore, think: not doing groceries at the budget super because of no time and no sense), you come a long way close to Simon’s salary. We are more than willing to give up the few hundred euros in between for the purpose of all this: a more relaxed life.

Because Simon does not want to sit completely still, he is going to do a part-time study. A long cherished wish and if he does take a step back, he can immediately combine it. The plan is getting more serious and every time I ask him if this is what he really wants and fear he will say he wasn’t made to be a house father after all, I get the same answer: yes. A few months later, sometime in October, we make the final decision. It makes me cry a bit, I’m so happy (and pregnant, too). It’s as if I’ve only now noticed how we both walk on our gums.

The news hits friends and colleagues like a bomb. Símon? The career tiger? Housefather? I am proud when I see how he stands for his decision one hundred percent. He thinks his children are more important than his job, he tells whoever wants to hear it. The worst he can think of is that later his kids will say that Daddy was never there. Much worse than perhaps not managing a man at the age of 35 and raking in a ton a year. If it has been difficult to find it cozy lately, this makes up for a lot.

In the middle of winter, a week after the birth of son Maarten, the time has come. I still have maternity leave, so suddenly the four of us are at home. I expect a lot from that. It is quite disappointing. Instead of all cocooning on the couch, we mainly get in each other’s way. I have trouble relinquishing my position as captain and Simon grumbles a bit. The laundry room is no good, Madelief’s cupboard is a mess, the pantry has no system – I don’t like it. It irritates me immensely, because I already think it’s great of myself that I’ve kept everything running. On my own. I keep throwing that at him, which he in turn finds very annoying, because he wasn’t exactly sitting on the couch doing Candy Crushing or anything.

We both think this should be different, but somehow it doesn’t work that way in the beginning. Fortunately, after four weeks we find our rhythm with Maarten, we both become more relaxed and Simon starts to make his own system in-house. When my mother asks after about six weeks whether it is not difficult, two captains on one ship, I shout that I am happy not to be a captain anymore. I’ll be a deck mop, good too. Simon jokes that I’m the one lying on the deck with a drink in her hand, and that’s not that far from the truth, although you can replace the drink with a laptop.

Also read
‘From Powerpoints to duplicate: my husband stopped working and enjoyed it too’>

He does everything, I nothing

While I gradually resume my work, I do less and less at home. By the time the leave is completely over, we have found our way. The division is very clear: he does everything, I nothing. Except working sixty hours a week, then. Three days out, the rest at home.

Simon does the weekly shopping, scrubs and scrubs himself an accident, takes everything off my hands (if I even point to the washing machine, he sends me away) and also turns out to be a baby whisperer. And my concern that he actually doesn’t like being home at all – a thought that has kept nagging in the back of my mind – turns out to be unfounded. Yes, he needs to occasionally use his brain for things other than counting down the number of scoops of baby food, but that’s what he’s got his studies for.

He loves to be busy with the children, does not get crazy about stereo children’s crying (I think this is a miracle, since I am not very good at it myself) and appears to really enjoy saving a lot of money by driving off from the various shops for the best offers. When I get home, I don’t have to tear past a busy supermarket and daycare center to be one of the last to load a tired child, but I am welcomed home with a nice meal and a glass of wine.

Which of course does not mean that it is all hosanna, because it is nowhere. For example, I sometimes find letting go really difficult. Then I am texting again that Madelief has to be at the consultation office at ten o’clock, while Simon has made the appointment himself. He finds that annoying.

And I sometimes get annoyed that Simon wants to pretend that our house is not living, it must all be so neat and clean. He says things like, “You left the bathroom and bedroom doors open when we agreed to close the doors upstairs.” And what I also find very annoying: when he explains to me how my own children work. I may be home less often than he is, but I am still their mother. Although he means well, I am quite sensitive on this point.

There is a difference with the past. We are more relaxed, both. With me the constant feeling of ‘I have to do everything here and then you are going to be whining’ too, and that means that I can be better at criticism. He is less stressed and therefore he brings his points nicer. Besides, I really like Simon more seriously.

Sometimes someone asks if I still find him attractive now that he is no longer working. The connection between those two things escapes me a bit anyway, but if it does exist, it is rather the other way around. I love the man who leaves for the playground with a baby in the baby carrier than the failed man who was making his career very fast. I go out happier when I have left a sleeping man and baby in our bed than when the morning has already had three collisions because we both want too much in too little time and we know that a monster traffic jam is waiting for us.

And with that letting go it will also be fine. As I write this, he’s packing a suitcase because we’re going out for the night. I don’t know how many diapers he packs, I have no idea what my kids will be wearing to my mom’s birthday party tomorrow night, I don’t even know what I’ll be wearing myself tomorrow. I am fine with it.