Malou is a food addict: ‘I have binge eating to numb myself’ 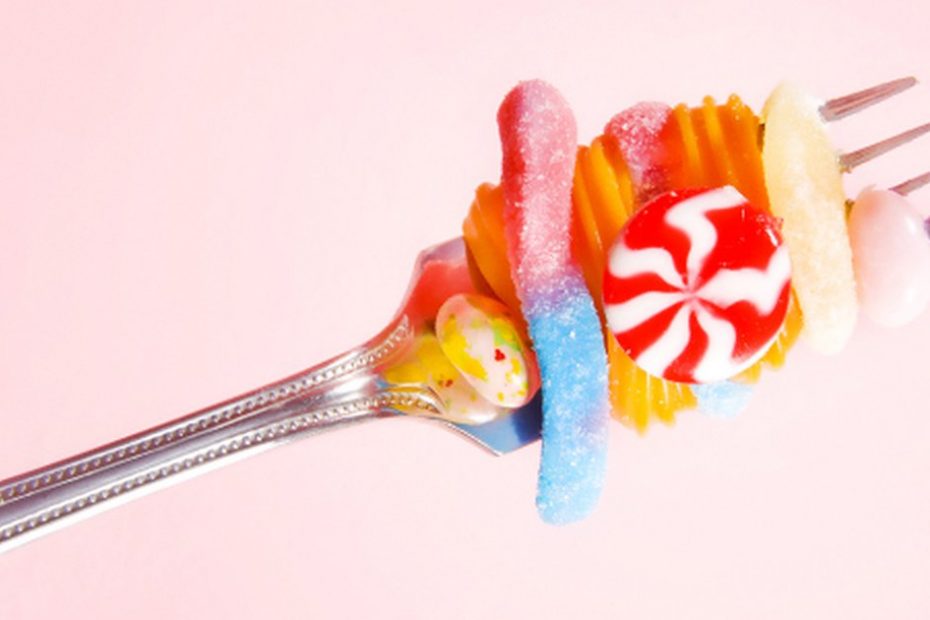 “I am allergic to people who say: I am addicted to food, I eat a bag of chips like that. What I have is something completely different. I spend all day asking where and when I can score. Eating disorders everyone thinks of anorexia or bulimia, but there is a third form – and I have it. When I walk in the street, no one looks back because I am extremely fat or thin. Meanwhile, the thought of food hijacks my entire life.

I feel fat, like any food addict. I think I’m ugly, my pounds get in my way and my knees are bothering me. Still, if I could choose, I would rather be overweight and be at peace with that than slim with this constant war in my head.

Like obesity patients, I have binges. They are only compensated by the occasional shift to the other side. Then I diet so rigorously that I lose tens of kilos in a short time by eating far too little and by exercising fanatically. This keeps my obesity under control.

I have binge eating to numb myself, so that I don’t have to feel how bad I feel. Not because I like it; even though it started once – otherwise I would eat carrots all day. From the first bite I am disgusted with myself. And the more I feel disgusted, the more I eat. Limitless, until I feel bad and far beyond. And then I want to start over. Not to feel how miserable I feel. It’s easier to hate myself for eating too much than because I feel inferior.

I can never manage to eat very little and exercise fanatically. Sooner or later I will eat way too much again. I admire anorexic patients for the control they have over their diet. I know mentally how sick that is: I admire having a deadly disease. I would never tell you all this under my own name, I am too embarrassed.

Race to the gas pump for candy

At parties I get compliments for turning down all snacks. They don’t know that I race to the gas station afterwards to stock up on candy. Especially chocolate, that’s my trigger. I secretly eat my children’s chocolate letters around Sinterklaas, after which I quickly go get new ones so that they don’t discover it. At work I cannot function if I see a drop jar. Then I can think of nothing else.

When I went away for a week with three friends, I knew I would be sick on the fourth day. Supposedly. As a result, I was able to stay alone in the hotel and finally eat a lot again.

When I accidentally end up at the candy shelves in the supermarket, war breaks out in my head between the angel and the devil.
The angel says: ‘Don’t buy anything, Malou’
The devil says: “Ah dude, who cares, just enjoy.”
In such moments I am overcome with panic and confusion.

I definitely didn’t want to meet you at a diner. And I only offer you tea, not cookies. With a bowl of treats in front of me, we wouldn’t be able to have this conversation.

I sometimes think it’s easier to kick heroin. You don’t need that to stay alive. Heroin is not for sale in the supermarket, it is not advertised, it is not offered to you on birthdays or at work. Food is everywhere and you also need it to stay alive.

I have my life in order for the outside world. Apparently that is possible. I have a wonderful husband, two lovely children aged seven and four, a great job. But when I look at myself, I see a weakling. I never find myself nice, nice, good or thin enough.

No, it is not my parents. When I confessed my problem to them at 28, they were afraid they had done something wrong. But it was not their fault that I did not pass HAVO, while my sisters easily did VWO. My parents thought that was okay, they saw that I was doing my best. I myself was the one who struggled with it.

Until my puberty there was little to worry about; I was a blade. I used to secretly buy candy, but it wasn’t big deal. At home we had no sweets, just the cookies and the cup of tea my mother was waiting for us with after school.

I only became insecure when my body started to change. And during the time that I took a mavo final exam, I got enormous fear of failure. I anaesthetized it by secretly eating bags of peppermint. Those soft pillows. I threw the packaging away on the way to school, so my mother wouldn’t notice.

I got my first boyfriend, that went out and it hurt. Then the emotional eating started. I tried to eat my feelings of inferiority, but only became more insecure because I felt fat. I couldn’t imagine that guys could find me attractive.

I went on a diet for the first time when I was 20. I was sure I would be happy when I was thin. That turned out not to be the case. The cliché is true: you are only happy when you love yourself. I kept judging myself. Rarely gave myself a pass. Not even when I lost 20 kilos. It was never good enough. For a while I tried to vomit when I ate too much, but I hate throwing up.

My husband says he has always liked me. To be honest, I still don’t believe him, but it must be true because we’ve been together for ten years now. Six years ago I finally dared to tell him that I am a food addict and that I was constantly lying to him about my diet. He was super responsive, said he kept trusting me because I was honest in every other area. From now on he promised to ask me every night if I had gone through the day. I promised to answer honestly. After that I managed to contain myself for a while. Because things were going so well, he eventually forgot to ask the question. I was glad that I got rid of the tension and could go back to normal. Eat, lie, eat more.

The madness in my head got worse. While I didn’t even eat that much anymore. You can be obsessed with ice cream all day long; so much so that you can’t think about anything else other than when and where you’re going to eat that ice cream.

I experienced my absolute low point this spring. I was busy at work, less time to exercise and gained pounds. At a family party where I went without my husband, I dismissed everything that was offered to me. To score like never before on the way back. I bought everything that was loose and stuck at a gas station. On the way home I ate it crying. Until the last crumb. The children were in the back of their car seat.

That same evening I looked for help on the internet. I came across the Trubendorffer clinic. I go there three nights a week. The goal is to become abstinent. In my case that means: no more eating too much or too little, but normal proportions. To enjoy the taste and to stop in time. I also learn that I don’t have to immediately resort to an artificial anesthetic if I feel bad. I have to control my critical voice, as they say. So starting to love myself, also my less pleasant sides.

It helps me to talk to fellow sufferers in the self-help group Overeaters Anonymous. There I get warmth and recognition and useful tips. I’m happy when I manage to eat ice cream with my kids without talking or feeling bad. Recently I was so proud of my youngest and therefore secretly a bit of myself. I asked if he wanted a treat. “Not now, Mama,” he said. “Not until now.” I can’t tell you what that meant to me. Even now it can bring tears to my eyes. ”