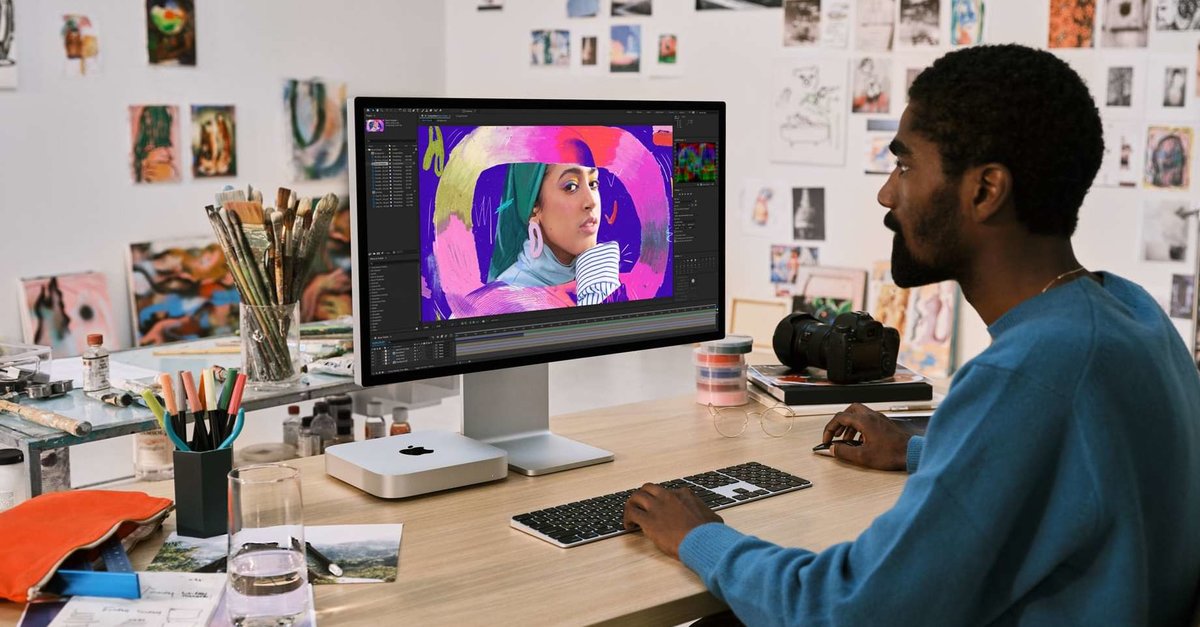 The joy about the lower price of the new Mac mini from the year 2023 was short-lived, because as it now turns out, the smallest model is much worse than its predecessor in one respect. Apple also has to save on the new MacBook Pro 2023 – the manufacturer can no longer deny these deceptive packages.

The new Mac mini with the M2 chip costs 100 euros less in Germany than the predecessor with the M1 chip. But now we know: Apple’s “gift” has its price, because that Base model with 256GB SSD storage achieves significantly lower read and write rates (source: Brandon Geekabit via MacRumors). This year’s model achieves data throughput of around 1,500 MB per second. Sound fast? It would be, but the predecessor is even faster. In the end, the new model is in this configuration 30 to 50 percent slower.

Well, Apple didn’t talk about that at the presentation:

The reason for the lower speed is Apple’s frugality. Instead of two NAND chips with 128 GB, from now on only a single chip with 256 GB installed. A savings trick that Apple used for the first time last year with the current MacBook Air and MacBook Pro (13 inches). At that time, however, despite the clearly technical disadvantage, promises of better performance of the new computers in practice were made, but without being really specific.

Ergo: If you use apps that benefit from high data throughput, you should think about a configuration with more memory. Apple charges a surcharge of at least 230 euros (512 GB) for this.

Particularly explosive: Not only the Mac mini and thus a cheap consumer model is affected by the new austerity measures, Apple is now also using the trick with the new MacBook Pro (14 inch) (source: 9to5Mac). In this case, the base model has SSD memory with 512 GB, but it is also only on a single and therefore slower NAND chip. As a result, the data throughput of the professional notebook is also in the Basic configuration slower than the predecessor. The same applies here: If you want the last bit of performance, you have to spend more money on memory, which is then divided between two chips. Here, too, the surcharge is at least 230 euros, but there is then 1 TB of storage.