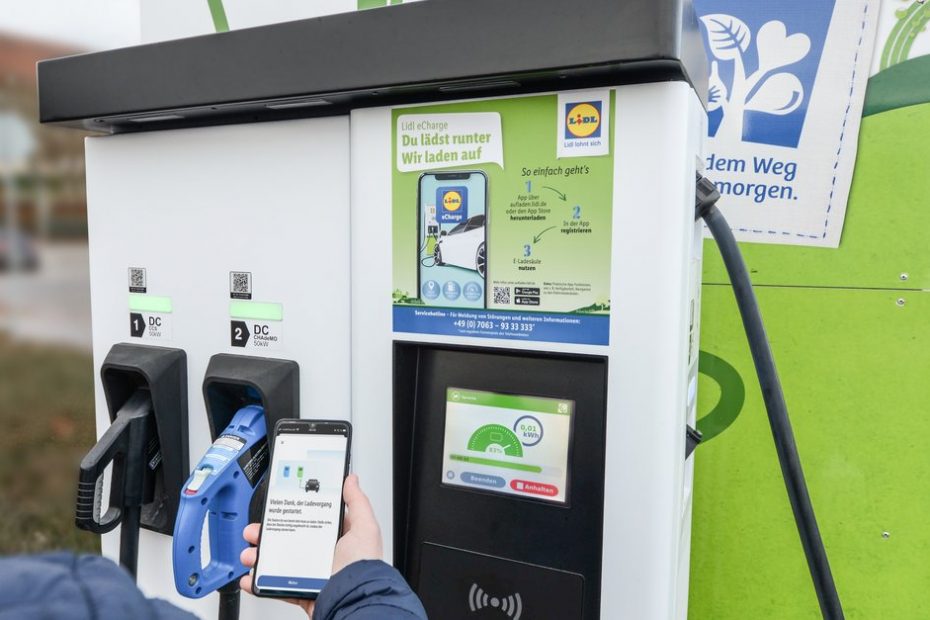 Lidl and Kaufland have been offering their customers charging stations for e-cars for free use for some time. You can fill up with electricity here for up to an hour. The supermarket chains are now summarizing their offerings in an app, which could also lead to problems.

To recharge: Lidl and Kaufland launch app for e-cars

The new “eCharge” app is due to start in early February, free of charge as a download from the Google Play Store and Apple’s App Store. The app is offered jointly by the supermarket chains Lidl and Kaufland – both part of the Schwarz Group – and is intended to control the use of e-charging stations from both providers in the future, making it “easier and more convenient”.

Like Lidl in a press release announces, eCharge will combine several functions. Users can use a map to find charging stations nearby and can also keep an eye on their charging processes. eCharge offers “a detailed overview of all charging processes that have been started using the app”. Probably the most decisive difference to the previous offer: In some places, the use of the app is mandatory in order to use the charging stations at Lidl or Kaufland. Those who do not want that will be excluded.

What you didn’t know about Lidl:

The following applies to Lidl e-charging stations: In Bavaria, Schleswig-Holstein, Hamburg and Bremen as well as in parts of Baden-Württemberg, Lower Saxony and Thuringia, charging processes cannot be controlled without an app. The changeover is scheduled to begin in mid-February, with other regions and federal states to follow. At Kaufland, Bavaria, parts of Baden-Württemberg, Hamburg, Bremen and the cities of Stade and Göttingen are starting the conversion. In order for the electricity to flow, customers then have to use the app to scan the QR code on the respective charging station. Only then can we start.

In the future, the companies are planning to further expand their network of their own e-charging stations according to Kaufland “To make a significant contribution to the widespread availability of this modern and environmentally friendly technology”. The app does offer users a certain amount of extra convenience. At the same time, however, it will also become mandatory in parts. There are no costs to use eCharge, but registration is required.