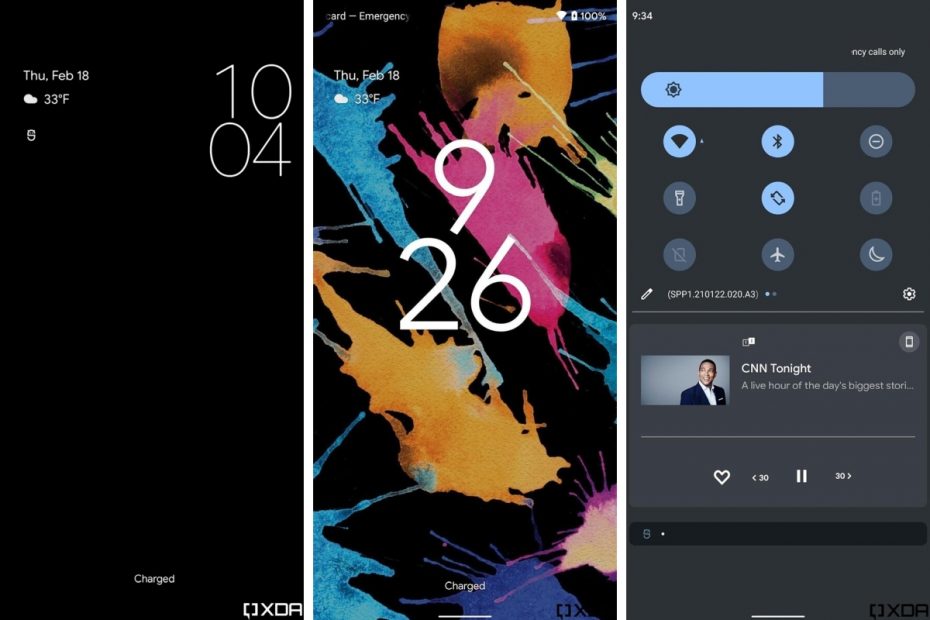 Leaked screenshots from Android 12 reveal a brand new UI, with all kinds of subtle and less subtle changes.

Android 12 is said to look completely different from its predecessors, XDA Developers discovered. We know about some new features for the upcoming operating system. But so far major visual changes have not been made. Google seems to have deliberately left that out for a while.

Recently the developer preview version of Android 12 was released. This allowed developers to get acquainted with some new features. It all still looked like Android 11. The linked medium, however, managed to find the new user interface in the code and turn it on.

Above you can see some of those screenshots that XDA Developers managed to ‘force’. This includes a sleek, modern ‘always on display’. When you pick up the smartphone, you check that same, tighter design with a wallpaper and a greater emphasis on time. There is also some subtle, integrated weather information to be found.

Once logged in, the biggest changes to the Android 12 UI come to the fore. The notification bar is a lot tighter and (depending on who you ask) clearer.

The bar with quick settings has also been changed. Unfolded, you get instead of four icons per row with Android 12 only three. It also looks like the icons are a bit smaller, with more space between each. Oh, and the screen brightness bar is massive!

Obviously, there is no guarantee that Android 12 will actually look like this. After all, this is a preview version. But based on these and previously leaked screenshots, a number of constants can be discovered. It is not yet known when the actual release of the OS will take place.