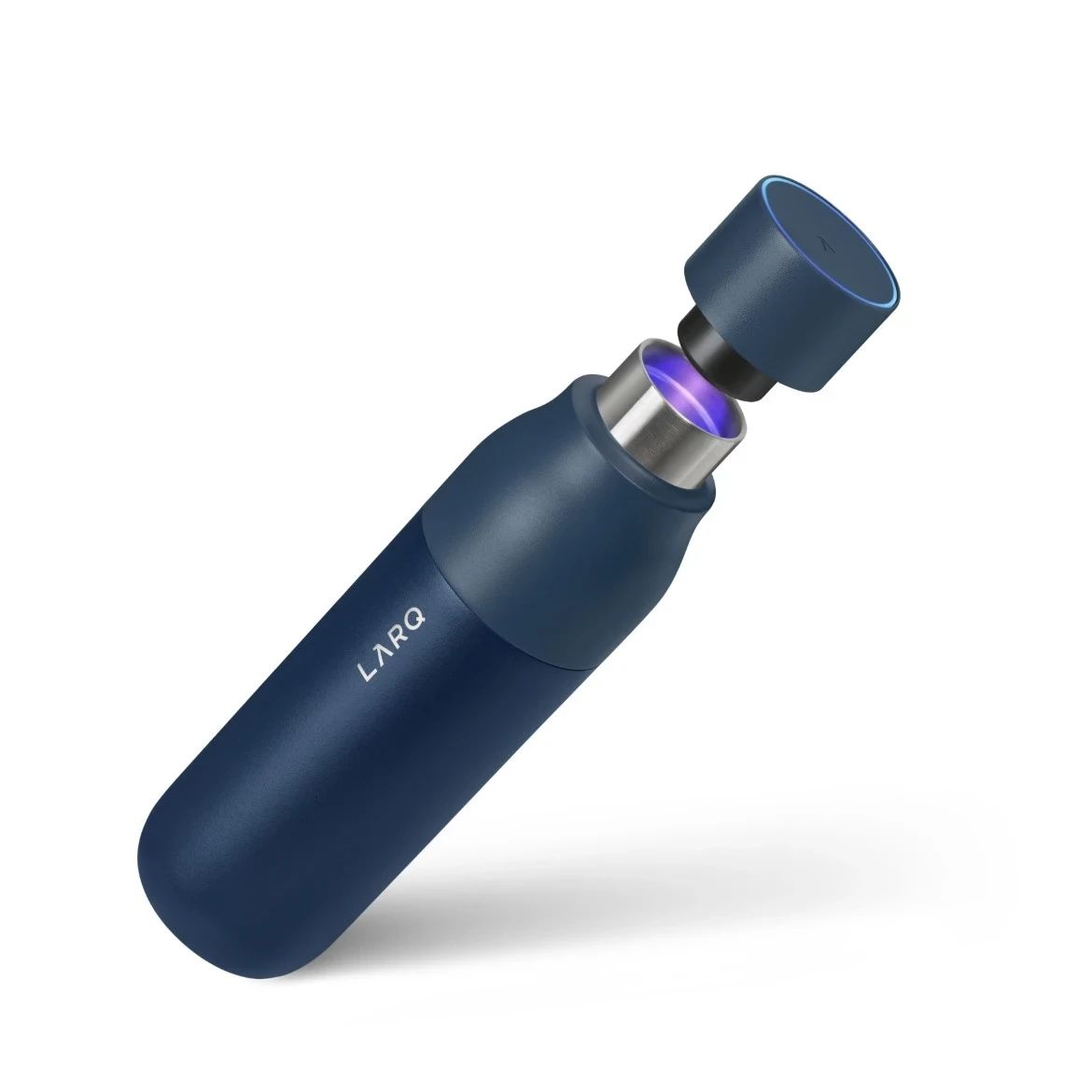 Tap water is just as good as spring water, but much cheaper. With the LARQ Bottle PureVis your drinking bottle stays clean.

UV radiation can be seen as light with a shorter wavelength. As a result, we cannot see UV radiation. Certain wavelengths of UV radiation are very effective at destroying bacteria and viruses. That is why the popularity of UV radiation to clean surfaces is increasing sharply. Like in the LARQ Bottle PureVis.

Kills almost all bacteria in 20 seconds

We thrifty Dutch people love drinking bottles to take tap water with us. No wonder, because along the way you pay your blue. Microbiologists watch this with horror, because a bacterium can divide itself in half every 20 minutes and drinking bottles are a notorious source of single-celled scum. But luckily there is UV radiation.

You can also purify water with UV radiation, as in the LARQ Bottle PureVis. This is because UV radiation tears apart molecules in the bacteria and viruses and thus destroys 99.8 percent of E. coli bacteria in this drinking bottle in 20 seconds. This UV radiation is also dangerous for humans. But because all this takes place inside the bottle when the cap is on, it doesn’t bother us. In that respect, this is a cleverly designed system.

Thanks to the micro USB charging port you can top up the battery. The bottle is available in 500 ml and 740 ml versions.

Not only can you keep dangerous bacteria and viruses away from your water bottle, it is also a good thermos flask. Hot water stays hot for twelve hours, cold drinks even stay cool for 24 hours.

Operating the light is simple. By pressing the button on the lid, you activate the light and the bacteria and viruses in the bottle are scorched with a UV death ray. This also happens automatically every 2 hours. In short, this bottle is bad news for bacteria.

UV lamps are not very expensive in themselves. You already have one for two tenners. The same also applies to thermos flasks. The best tested costs € 12. In that respect, a price of € 109 for a combination of the two is a bit on the high side in our opinion. The same manufacturer also sells bottles in which the water is filtered. It is curious that these functions are not combined at a small additional cost.

On the other hand, it is a handy, innovative product and protects you against microbiologically polluted water when you are on the road. Especially for people who travel a lot, the LARQ Bottle PureVis is a drinking bottle that is very useful!