There is good news for those with KPN and a television with Android TV. Previously, there was already a Smart TV app for various brands.

Where the KPN iTV app has been available for Samsung and LG Smart TVs for some time, it is now also more widely available. The provider shares the news about this on its own forum. You can now find the application in the Play Store on your Android TV. This means that the app not only works on your Samsung or LG television, but also on Android TVs from Sony and Philips, for example. In addition, the app must work on the NVIDIA Shield and the Xiaomi box.

The green-colored provider emphasizes that this is a beta version of the KPN Interactive TV app. By releasing the application now, KPN hopes to test the technical functioning and stability. Feedback is therefore very welcome, KPN reports. Support for the Fire TV Stick from Amazon should follow soon. 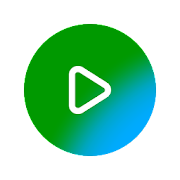