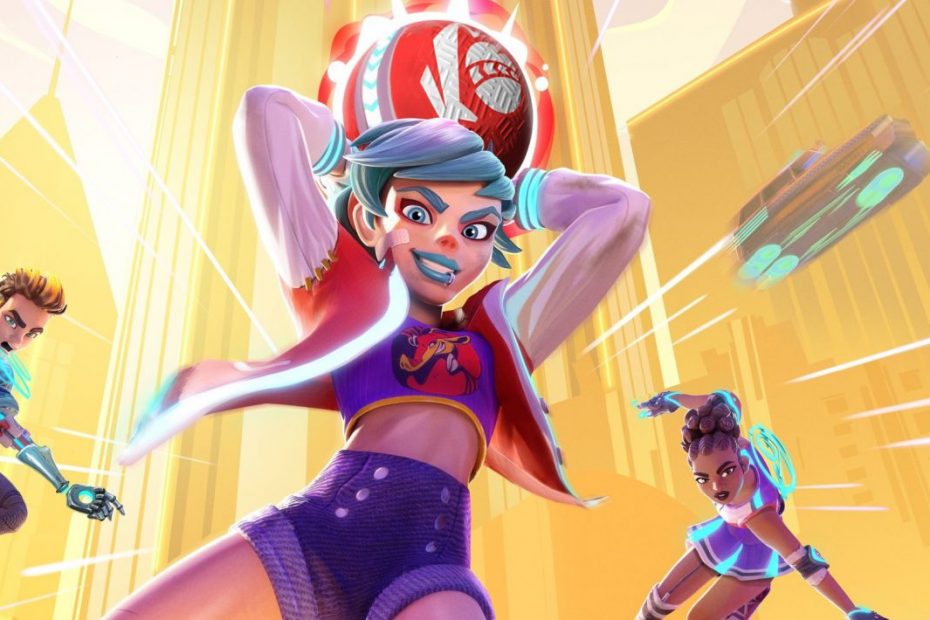 Another game that was introduced during the Nintendo Direct broadcast, but fortunately also targets other platforms, is Knockout City from EA. It’s a futuristic action-packed game by Velan Studios developers Mario Kart Live: Home Circuit and released as part of the EA Originals program, which supports similar independent projects.

Knockout City is a team multiplayer game that targets the PC, PS4, Xbox One and Switch, and of course also works in backward compatibility mode and on new consoles with some improvements. The title will be released on May 21 and you can try it sooner. The beta will take place from February 20 to 21, ie this weekend. You can sign up for it on the official website. However, the first round is limited to PC players only.

Did you lose the ball? Does not matter. A player can even turn himself into a ball that throws your teammate at the opponent.

The novelty will support cross-platform multiplayer from the beginning and entices us to fast frenetic gameplay. Did you lose the ball? Does not matter. A player can even turn himself into a ball that throws your teammate at the opponent. At least at the beginning we will have 3 to 3, 4 to 4 matches and everyone against everyone. Instead of traditional playgrounds, players will compete in city arenas, and according to the developers, the maps should be full of dynamic elements that diversify the gameplay.

The game should have a simple control, which the newcomer will quickly learn, but as is often the case in similar cases, you will not become a champion after a single game. Knockout City offers various modes, maps, special balls and the opportunity to customize your hero to your own taste. With the next seasons, new content will traditionally be added, including special events and challenges.

When released, the title will offer a free trial for a limited time. The full version will then sell for $ 20. More details about the game can be found on the official website or on Steam. But you will get by far the best idea of ​​Knockout City from a video that is worth a thousand words. You can see the work with the ball, active elements such as bouncers, glider, special balls and how one of the players turns himself into a ball. There is also a demonstration of customization.

There is no doubt that the developers are trying to reach fans of fast and frenetic gameplay on the border of sports and action. They are far from the first to try it in recent years. We can only mention, for example, the Roller Champions, who are coincidentally organizing another closed beta test these days. But only the gameplay will decide whether Knockout City can get out of the flood of similar games.