James Webb gives us an incredible shot of Neptune… with its rings! 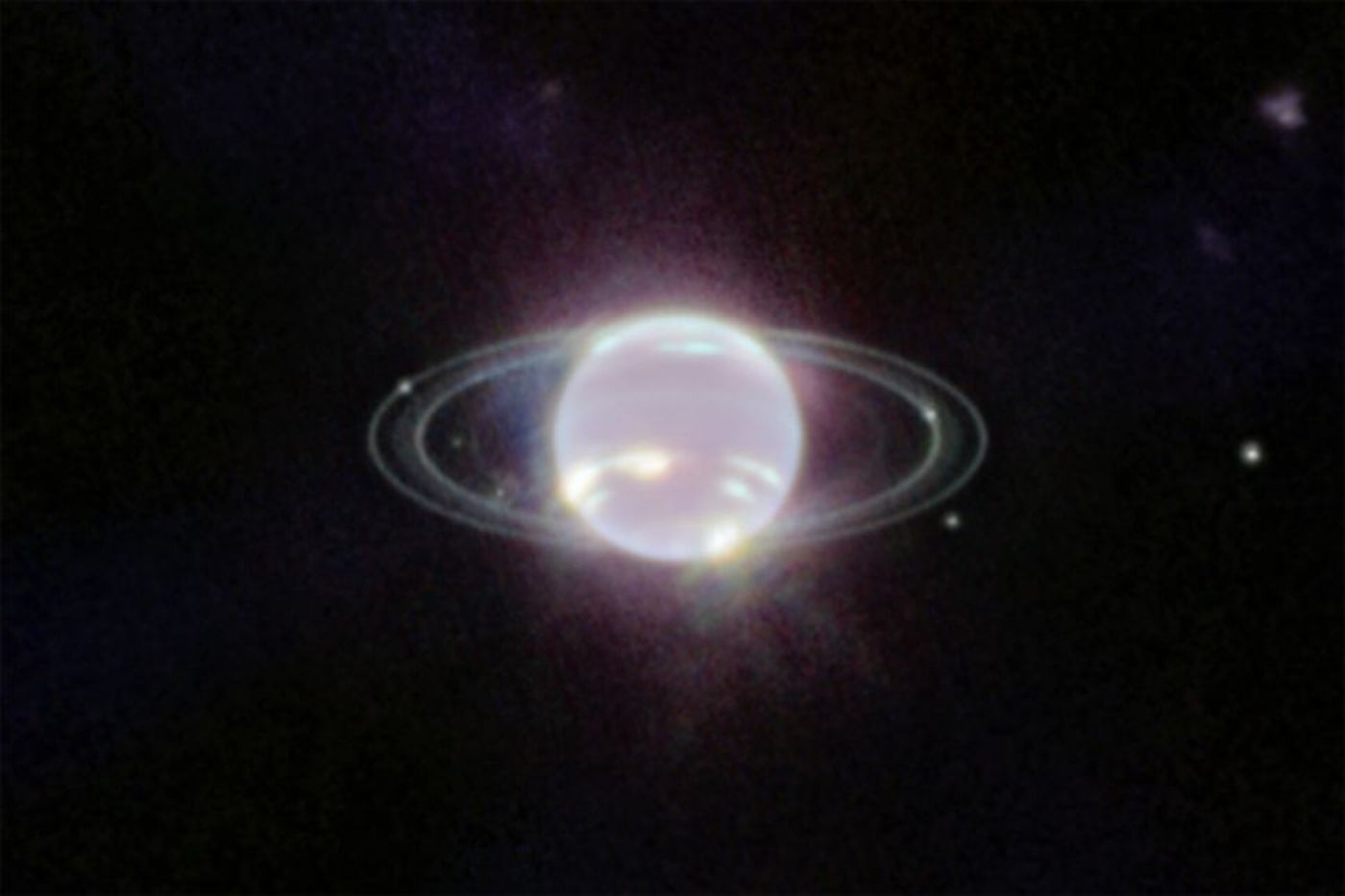 In the series “James Webb’s Retina Breaks” I would like… Neptune! The most powerful space telescope in the world has just delivered an impressive snapshot of our solar system. It had been more than three decades since we had seen the barely visible dust lanes of Neptune (yes, Saturn is not the only one to have a ring…) and it is especially the first time that the we can see these “Neptune rings” in the infrared range, James Webb’s strong point in connection with his huge mirror. It should be noted that even Voyager 2 had not been able to grasp these rings of dust whereas at one point in its journey, the probe was closer to Neptune than James Webb. 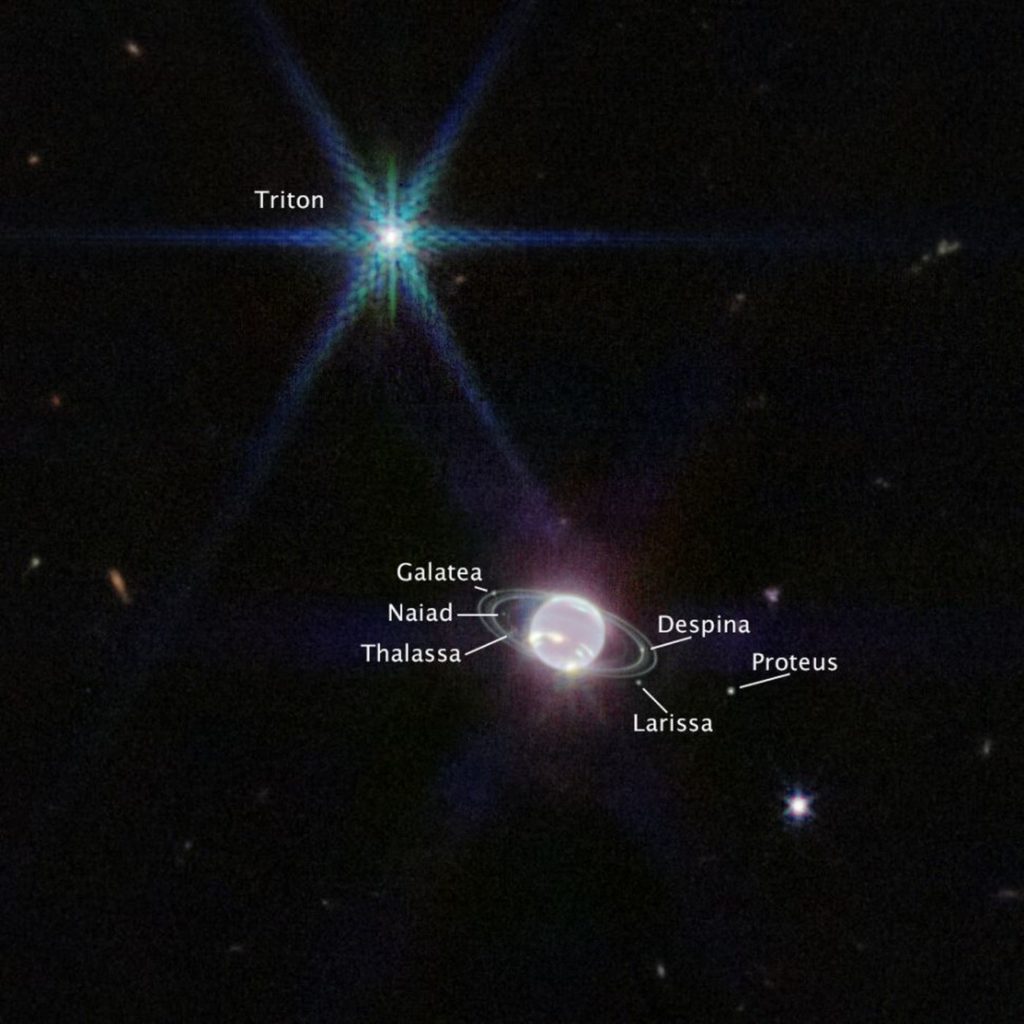 Neptune surrounded by its 7 moons (6 visible)

On the image taken by Webb, we can distinguish the ice clouds of the southern hemisphere of Neptune, clouds that reflect the sun (hence the small bright spots on the image). on the zone of the equator, one still distinguishes a luminous trace which corresponds to a zone of violent winds and storms. James Webb even managed to capture some detail of Neptune’s north pole, an area usually hidden from view by telescopes.