is it worth the upgrade? 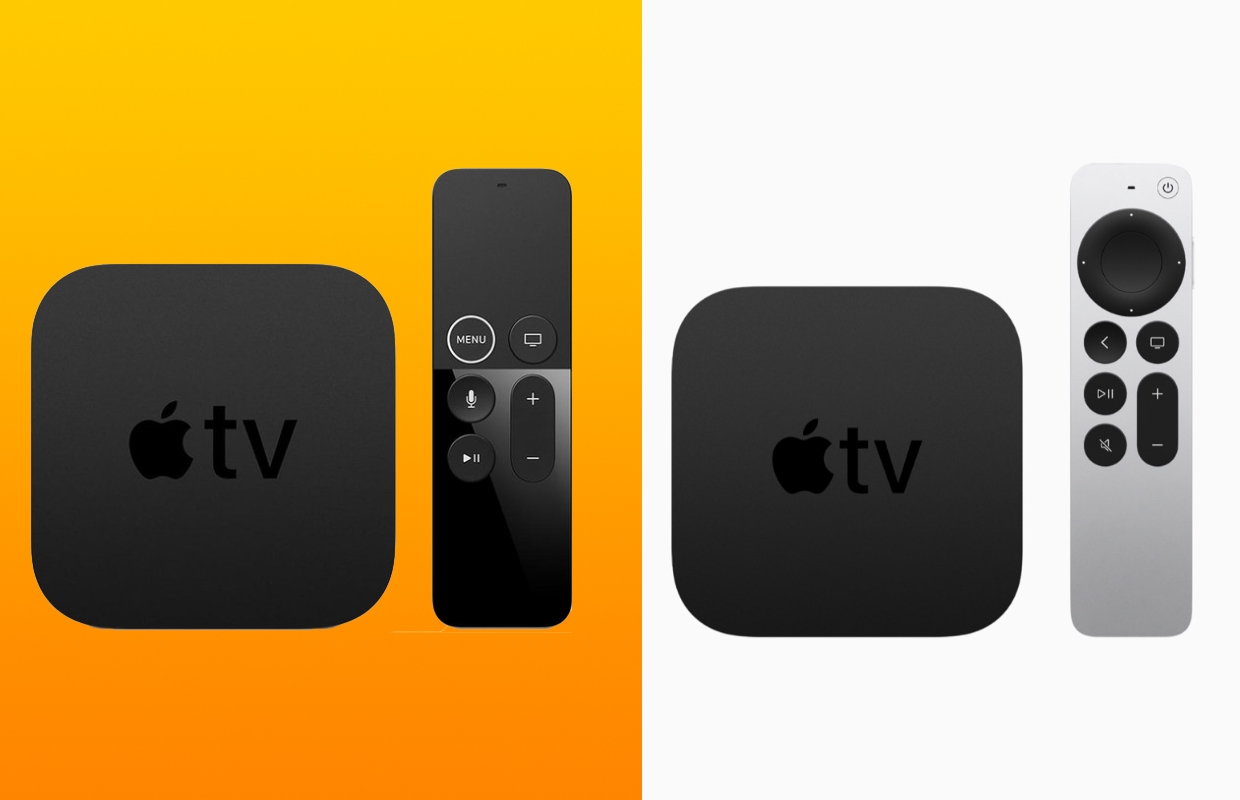 Although it has been four years between the latest and previous Apple TV, not that much has changed when you look at the two devices. Nevertheless, a number of changes are visible under the identical design, which may make an upgrade interesting for you.

If you put the Apple TV 2021 and that of 2017 side by side, you will hardly see any differences. The dimensions are exactly the same, both have a black color and can be connected to your TV with an HDMI cable. The only difference is the kind of HDMI port: the 2021 model is equipped with HDMI 2.1, while the 2017 variant has to do the HDMI 2.0. More on this later.

If we compare the specifications, it is mainly the processor that makes the big difference. The Apple TV 2021 has an A12 Bionic chip, which we know from the iPhone XS and iPhone XR. That is a significant upgrade from the 2017 model, which has an A10X chip.

In general, the A10X chip is still powerful enough for the basic tasks of the Apple TV. The A12 chip only becomes interesting if you plan to use the Apple TV as a game console. As time goes by, demanding apps (such as games) will run less well on the 2017 Apple TV, while the 2021 version can last for years.

The HDMI upgrade from 2.0 to 2.1 ensures that High Frame Rate 4K is supported. This allows the new Apple TV to play video files in 4K HDR quality at 60 frames per second. Please note that your television must also support this in order to take advantage of this. If so, movies and series in this video standard look smoother with smoother animations.

The latest two improvements on the inside of the Apple TV 2021 are thread and wifi 6. Thread is a new standard for smart home systems, allowing other devices to connect to the Apple TV without using bluetooth or wifi. This should ensure a more stable connection. If your router supports Wi-Fi 6, you can take advantage of the maximum speed with the 2021 Apple TV.

The 2021 Apple TV comes with a new remote. This is an improvement in every respect, but not immediately a reason to make the switch. Apple also sells the new Siri Remote separately, so you can simply connect it to the 2017 Apple TV. Want to know more about this? Check the article below in which we go through the new functions of the Remote with you.

Also read: Siri Remote 2021: 6 Things You Should Know Before Zapping Away

Both Apple TVs run on tvOS and for now it will stay that way for a while. Ultimately, support for tvOS will end for the 2017 model, but that doesn’t seem to be the case this year. Thanks to the A12 chip, the 2021 Apple TV is ready for the future again and you can count on software updates for at least five years.

In this Apple TV 2021 vs Apple TV 2017 comparison, we had to look closely for the differences between the two. Especially since Apple sells the new Siri Remote separately, we can think of few reasons for owners of the 2017 Apple TV to buy the 2021 model. The improvements are simply too small for that.

The power of the A12 chip will only prove itself in a few years, but for now that is no reason to dispose of the 2017 model in the bulky waste. Don’t have an Apple TV yet? Then with the 2021 variant you immediately get the best and most future-proof at home, with the right remote control.

You can buy the new Apple TV in two versions. The entry-level model has 32GB of storage and costs 199 euros. The more luxurious variant is equipped with 64GB and you get it 219 euros at home. This version is especially recommended if you store a lot of games and / or movies locally.