‘iPad 2021 will be thinner and lighter, Pro models will keep current design’ 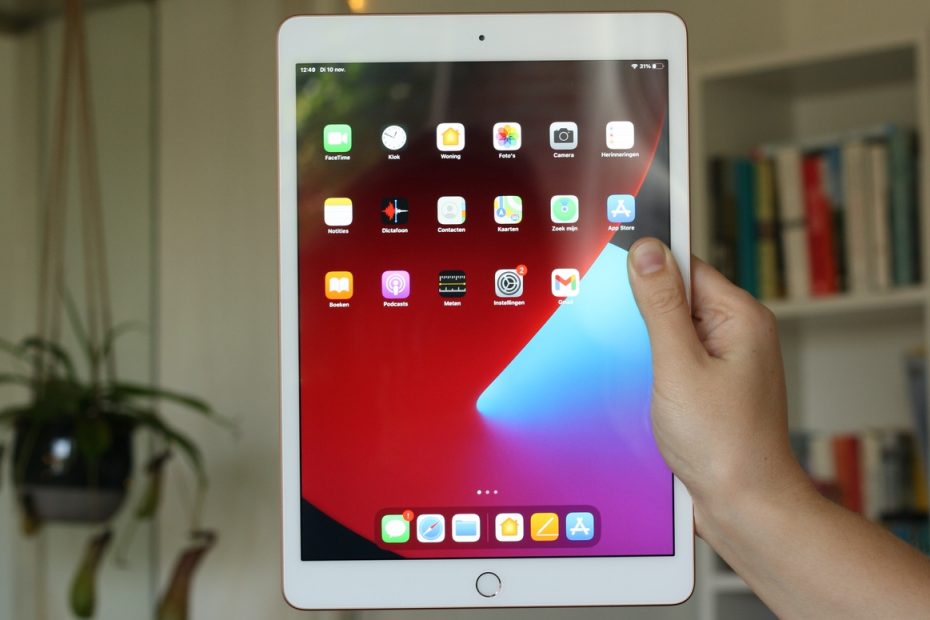 The iPad 2021, Apple’s new entry-level tablet, is rumored to be thinner and lighter than its predecessor. The design would be very similar to that of the iPad Air 2019. The design of the new Pro models is said to be unchanged.

The iPad 2021 will be lighter and thinner than the current entry-level model, the iPad 2020. It usually claims that it is reliable Macotakara, which draws on sources from Apple’s supply chain. The new iPad would look a lot like the iPad Air 2019, but get a slightly smaller screen of 10.2 inches. Previous rumors have said that the iPad 2021 will once again get Touch ID and better hardware.

The weight of the iPad 2021 would be 460 grams. The current model weighs 490 grams. The thickness decreases from 7.5 to just 6.3 millimeters, according to Macotakara.

That probably means that the iPad 2021 will get a laminated screen. With such a display there is no air layer between the glass and the screen itself. This ensures fewer reflections and better image quality. It also makes the tablet a lot thinner.

It is no big surprise that Apple wants to give the entry-level model a more beautiful screen. The iPad Air 2020 has moved towards the Pro models in terms of design. As a result, there is also room for improvement at the bottom of the market.

According to Macotakara, the new iPad Pros keep the current design. However, the performance of the new top models would improve considerably. According to unconfirmed reports, the iPad Pro 2021 will also get a mini LED screen, which, among other things, should provide a higher contrast. However, Macotakara does not write about that.

The iPad Pro 2021 may appear in March. It remains to be seen when Apple presents the new entry-level model. The iPad 2020 has only been available since last November, so it may take until the fall before a successor comes. However, there are also rumors that Apple will launch the iPad 2021 in the spring.