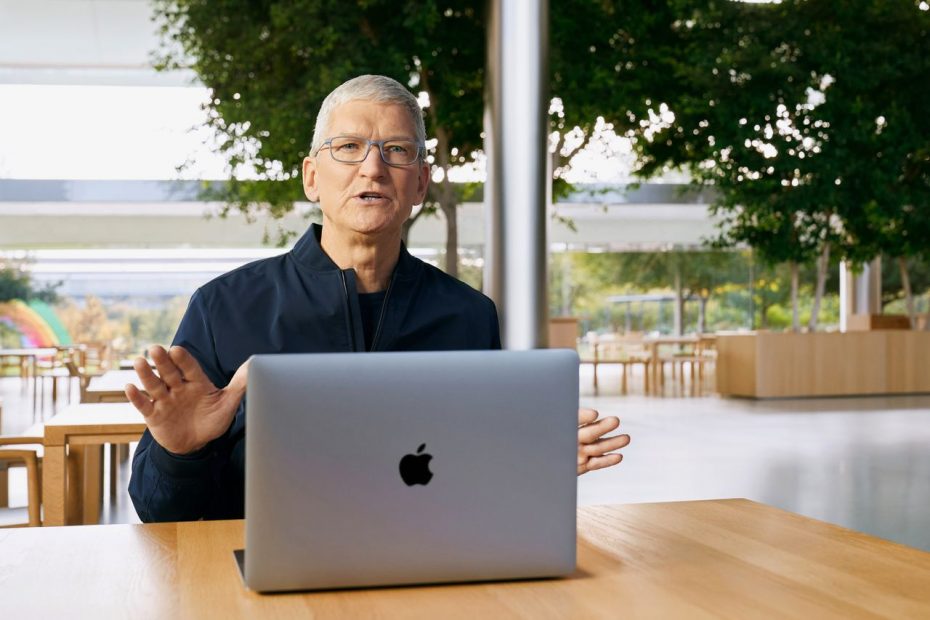 “The iOS application ecosystem supports more than 250,000 jobs in France”, announces Tim Cook in an interview with JDD. Apple boss points out that “Despite the health crisis, this represents an increase of 6% compared to last year”.

The manager was interviewed on the sidelines of an online meeting with three young developers / entrepreneurs. One of them is Lucie Basch who imagined the Too Good To Go application to connect individuals and traders in order to recover unsold food at attractive prices. “This is what we want to do: use technology to support the changes in our planet”, noted Tim Cook. “We strive to leave a better world than the one we found when we started. All our sites are now 100% powered by renewable energy. When will the app be available? “, he asked.

Tim Cook adds that French developers have generated nearly 2 billion euros in revenues since the creation of the App Store in 2008. 75% of these revenues come from abroad according to the leader. He specifies that the revenues of French developers are up 20% in 2020 compared to the previous year.

The interview was also an opportunity for the boss of Apple to praise France. “The French apps are a tribute to the effervescence cultivated at Station F. They also reflect the creativity of France, where artistic culture mingles with technology. Exactly what Apple embodies ”, he said. He also hopes to return to Paris when possible.

There was also talk of developer reviews on the App Store with the commission deemed too high. Apple reduced it from 30% to 15% (for developers who generate revenues of less than $ 1 million per year). “We must not lose sight of the fact that 85% of applications are free and pay nothing to Apple”, defends Tim Cook. He specifies that the change to 15% allows developers to “Grow faster”.

Finally, Tim Cook briefly mentioned the Covid-19. He said to himself “Optimistic” on the end of the pandemic. “The Apple system has enabled entrepreneurs to adapt, while maintaining the criteria of respect for privacy, which represent the challenge of this century”.