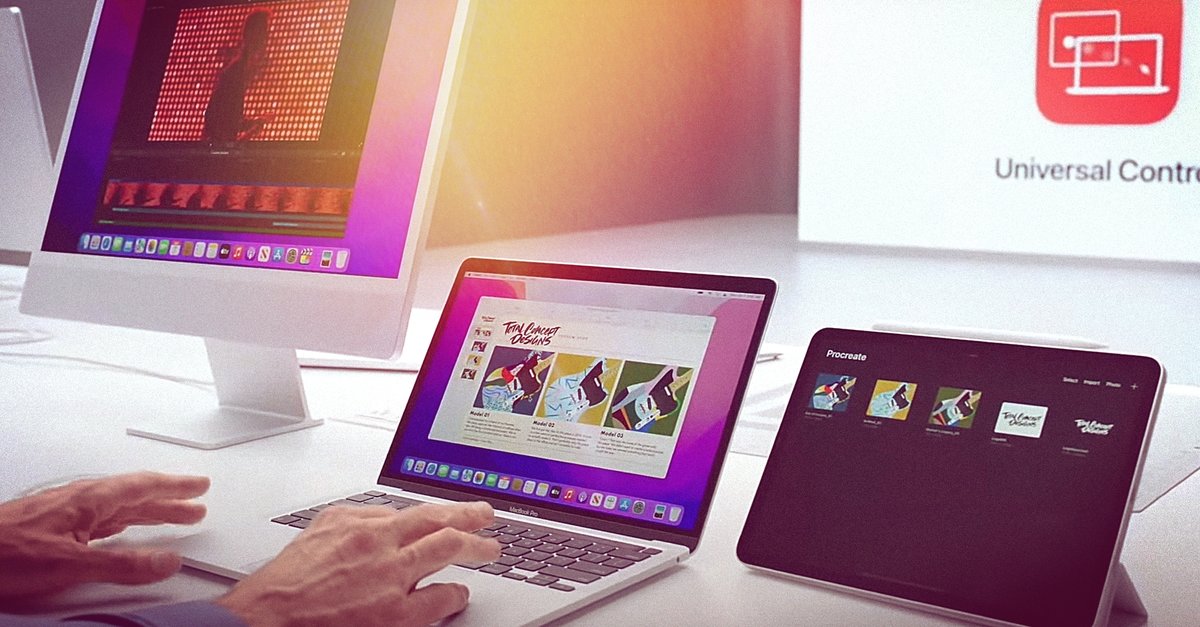 Is there disappointment spreading there? Anyone who hoped for new hardware at Apple’s WWDC 2021 was taught better. Today Tim Cook and colleagues actually only had software news in their luggage – for me personally, 7 highlights stood out. Curious? By the way, I’ll tell you in the article why, in my opinion, there was no new hardware to be seen.

As expected, the focus was on the new operating systems from Apple, with almost two hours at a time being spoken and presented at the virtual keynote for WWDC 2021. I do not even try to reproduce all the information in sequence and in full. Instead there is from me at this point 7 real highlights that Apple actually got me excited about. At the end, by the way, I’ll tell you why we didn’t see a new MacBook Pro.

Apple’s video and audio conferencing software is finally growing up and breaks through system boundaries for the first time. That’s right, if you want to, you can invite friends and acquaintances to the FaceTime conference, even if they don’t have an iPhone, iPad or Mac. A simple link to share is enough. Windows and Android users simply take part in it via web browser. Now if Apple were to open iMessage … I dream and digress. Worth mentioning, the artificial intelligence calculates disruptive background noises, the focus is on language – quasi noise-canceling times “the other way round”. But it also works the other way around with the microphones, then you can hear every pin drop, no matter how small – great.

Android users like to smile a little, after all, “Live Text” sounds a bit like Google Lens, but especially for text and numbers on photos – live and on images in the gallery. Briefly explained, it is a built-in text recognition. Students will love the feature of never retyping blackboard pictures. A dream will come true, what would I have given for it at university 25 years ago.

Crazy, the ingenious technology of the AirPods Pro turns the earphones into small hearing aids. In simple terms, direct conversations are “looped through” and reinforced. Very helpful for people with minor hearing problems or when ambient noise is too annoying.

Apple is finally giving the tablet OS real widgets and the iPhone app media library – for free. I found the simplified multitasking even more exciting. However, the real hammer and a blast is not a feature for the normal user. With iPadOS 15, apps can be developed for the first time without using the Mac. This should give the developer scene another powerful push and ensure a lot more apps from previously unknown talents.

5. Why you should buy two HomePod minis now

Ingenious idea, in the future Apple will let us have that HomePod mini as a wireless speaker for the Apple TV 4K use. Ideally, we combine two of them for stereo enjoyment. Such a setup should upgrade every television and let Apple’s sales grow again.

The cooperation between Mac and iPad is now being taken to extremes, because with Universal Control we use without further ado at the same time the keyboard and trackpad of a Mac as if by magic with an iPad – Move the mouse pointer over the edge of the display, similar to the extended screen, and the input devices can continue to be used on the “second device”. Even better: elements can be exchanged simply by “drag and drop”. Still not enough? We can also bring more devices into play. For example, simply “work across” two Macs and an iPad at the same time. Great thing!

7. The Mac becomes an AirPlay speaker with display

Finally, that also works Mac can not only send data to Apple TV, HomePod and Co. via AirPlay, but also becomes an AirPlay speaker and display itself. A particularly useful option with the iMac with its new speakers.

And why wasn’t there a new MacBook Pro on display?

There were trustworthy reports in advance that the new models in 14 and 16 inches would be available at the end of the year at the earliest. Equivalent to the last Mac Pro and iMac Pro the devices could have been shown, but not sold. A problem for Apple, because then nobody would have used the current devices, and this over a period of almost 6 months. Unthinkable for Apple, the ruble has to roll after all. With Mac Pro and iMac Pro, the problem did not really arise at the time, because they had no direct predecessors or, in the case of the Mac Pro, it was just a “living corpse” without any significance for sales. This is completely different with the MacBook Pro.

Note: The opinions expressed in this article are solely the views of the author and are not necessarily the position of the entire GIGA editorial team.