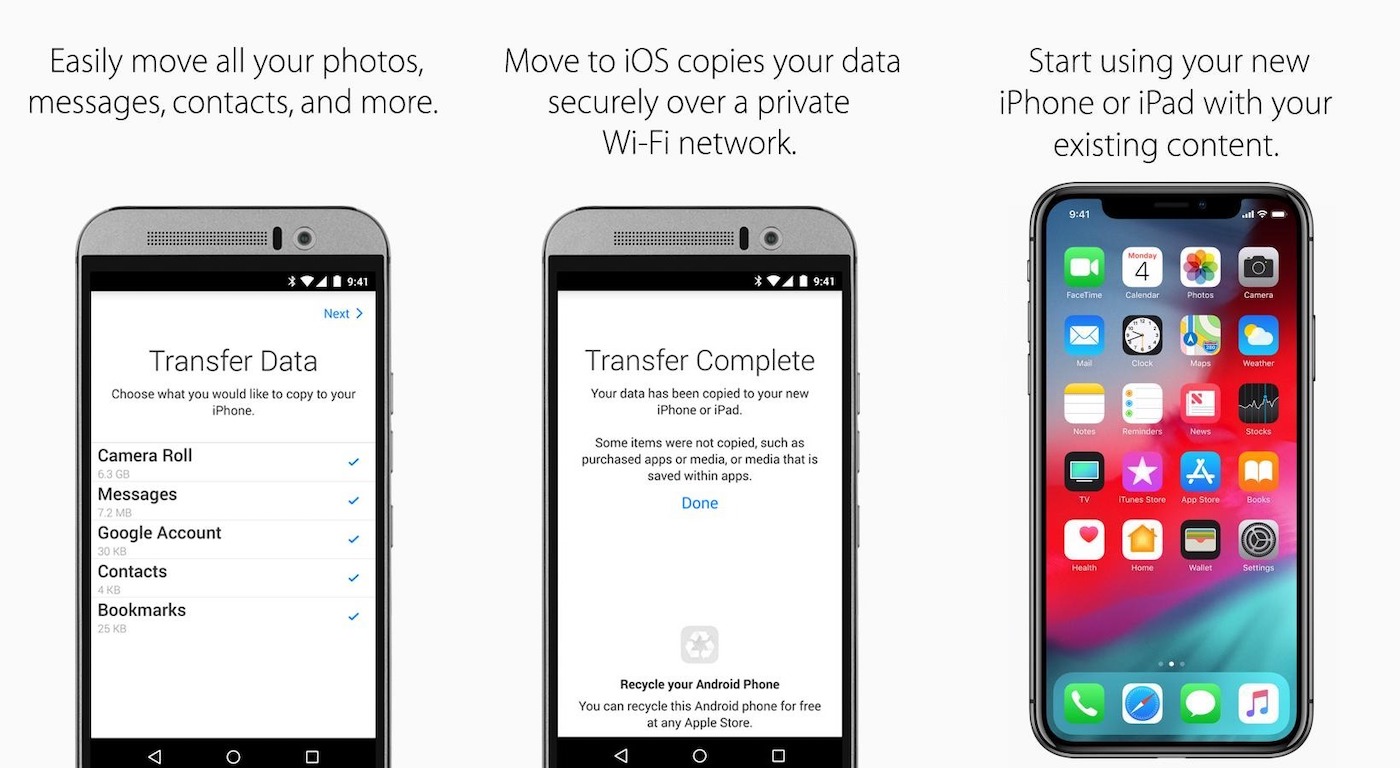 Apple would like users with an Android smartphone to switch to an iPhone and precisely intends to improve its application Migrate to iOS, in time for iOS 15.

Apple will allow Android users to transfer photo albums, files, folders and accessibility settings from their smartphones to their iPhones to make the experience as similar as possible. Users will also be entitled to a QR Code that they can scan in order to be redirected to the Play Store to download the transfer application.

Migrate to iOS first saw the light in 2015. As the name suggests, it allows you to transfer your data from an Android smartphone to an iPhone. It is already possible to transfer contacts, message history, photos, videos, Internet browser favorites, e-mail accounts, calendar data, music (without DRM), wallpapers and more. With iOS 15, Migrate to iOS will have more options to make it easier for users with an Android smartphone.

The new features mentioned below will be in place when the user first sets up an iPhone running iOS 15. We can therefore imagine that Apple will wait until the fall to release the update from Migrate to iOS, at the same time as the release of the final version of iOS 15. For now, iOS 15 is in beta with developers and the public beta will arrive in July.