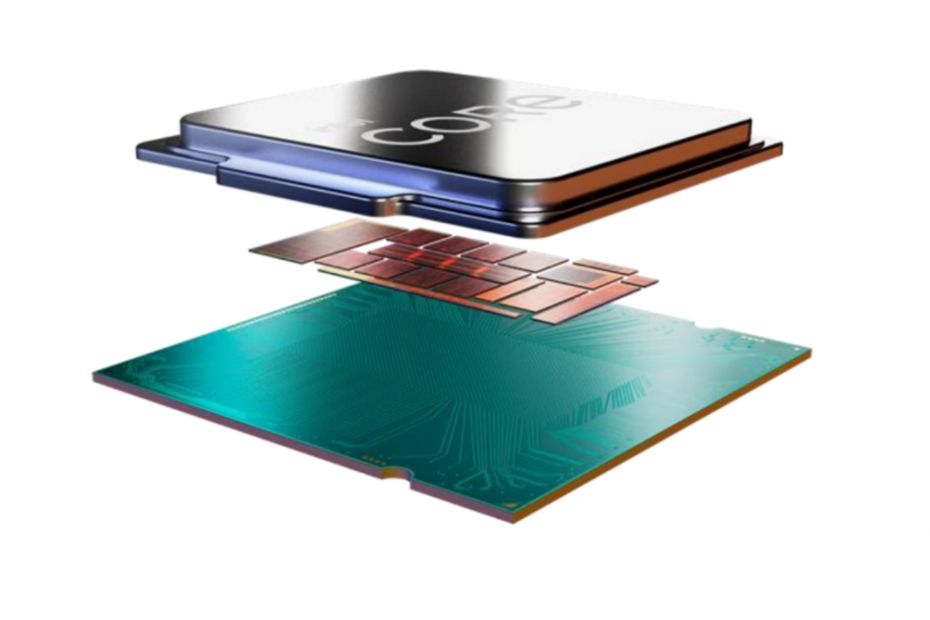 Intel officially introduces the eleventh generation of its desktop CPU under the name Rocket Lake-S. The leaks of the last few weeks have largely been confirmed.

First of all the most remarkable information: Rocket Lake-S only starts with the Intel Core i5. All smaller ones, i.e. the i3, the Pentium and the Celeron, will be equipped with an updated Comet Lake-S, i.e. a renovated tenth generation processor.

The graphics remain with the Intel UHD 630. The Xe cores, which Intel calls UHD Graphics 750 on the desktop, are reserved for the larger processors. Overall, Intel is focusing very clearly on the i7 and i9 in the new generation. Apparently, the manufacturer sees itself most clearly under pressure from AMD’s Ryzen platform.

Intel prioritizes Core i7 and Core i9

At first glance, the new Rocket Lake-S doesn’t differ too much from its predecessor Comet Lake-S. Architecturally, the combination of base clock, Turbo 2.0 and 3.0, which is supported by a Thermal Velocity Boost (TVB) in the Core i9, remains. This TVB can deliver a performance increase of 100 megahertz as long as the CPU does not exceed temperatures of 70 degrees Celsius.

The top models Core i9-11900K and 11900KF with a TDP of 125 watts can achieve a maximum of 5.3 gigahertz. Its base clock is 3.5 gigahertz and can be increased to a maximum of 4.7 gigahertz for all cores via turbo. With Turbo 2.0 it is possible to increase the clock rate for two of the eight cores to 5.1 gigahertz. The Turbo 3.0 delivers another 100 megahertz more.

In October 2020, AMD presented the new Ryzen 5000 family. AMD boss Lisa Su had presented the Ryzen 9 5900X as the “best gaming processor in the world” and demonstrated advantages over the Core i9-10900K using a number of benchmarks, including with a view to demanding games such as Battlefied 5, League of Legends or Counter Strike.

Sure, Intel can’t like that. In the official presentation of the new Rocket Lake-S, the manufacturer proactively takes up the topic and lets the new i9-11900K compete against the Ryzen 5900X in its own measurements. 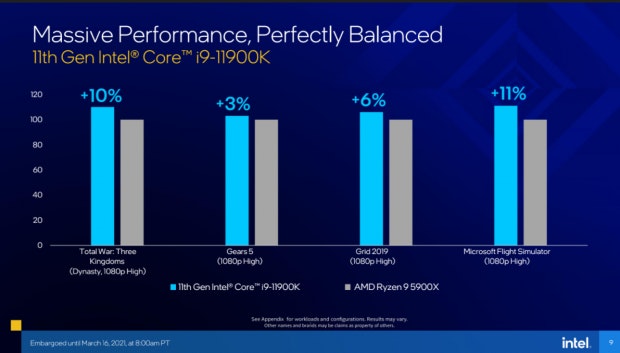 In doing so, Intel did not take the games that AMD used to differentiate itself. Now Intel shows us that the new i9 delivers eleven percent more performance than the AMD 5900X when playing Microsoft Flight Simulator in Full HD with a high level of detail. All other tests are weaker, but still so that there is a slight advantage over AMD.

Core i7, the manufacturer’s sandwich child

Let’s stop looking at the dispute with AMD and focus on the data. The new i7-11700K and 11700KF have a base clock rate of 3.6 gigahertz and can be accelerated to 4.6 gigahertz across all cores. The TVB no longer exists in the class. The TDP is also 125 watts.

Core i5 remains a competitive office processor, below which the performance falls significantly

Intel equips the i5 line with six cores and 12 threads as well as 12 megabytes of L3 cache. The clock frequencies are in the range of the i7, but only have 24 instead of 32 graphics units.

Intel positions the i5-11600K as a processor for creative and office work. The manufacturer promises a 61 percent increase in video workflows, 18 percent more performance in image processing and still 12 percent faster processing in the office environment. Even gamers should be able to enjoy up to 16 percent more fun with Full HD resolutions. Everything always compared to the predecessor of the tenth generation.

Intel has not officially commented on prices. The sales start is to take place on March 30th. In February there was a scandal when the online shop Mindfactory had already put the CPU Core i7-11700K on sale, in violation of the prohibition. For several days, the processor was available for 469 euros. The predecessor i7-10700K leads Intel with a current street price from 314 euros.