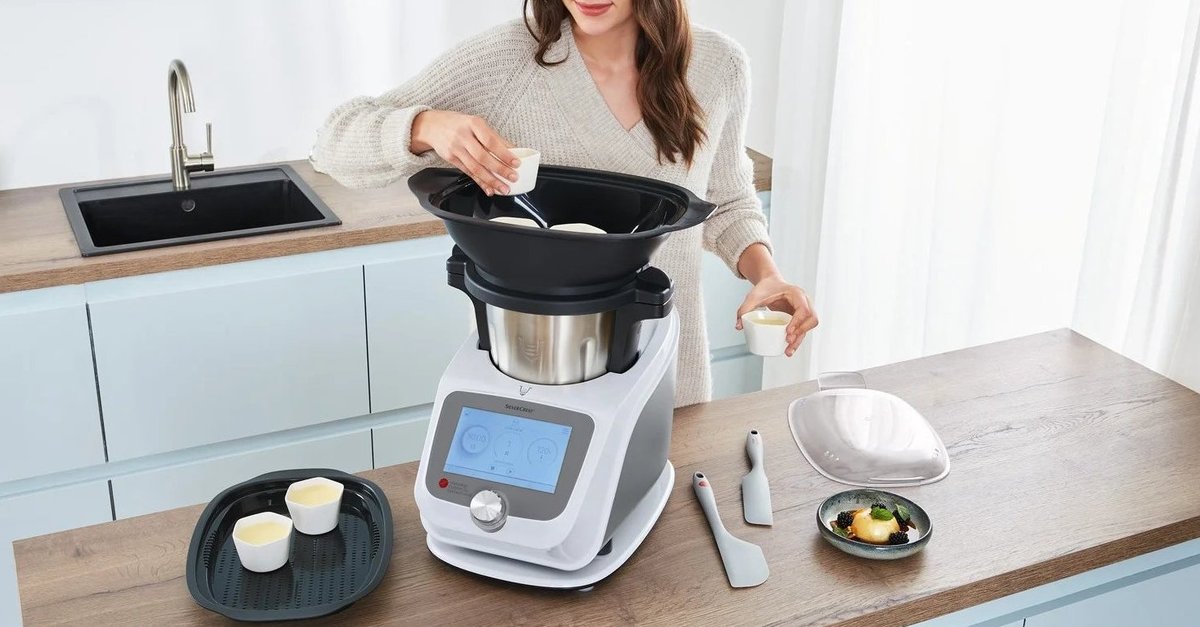 The “Monsieur Cuisine Connect SKMC 1200 F6” as an inexpensive Thermomix alternative is back. Lidl has an improved version of the kitchen helper. CookingPilot, a 7-inch display and WiFi are included.

Lidl’s Thermomix alternative is back at the discounter

Lidl has taken Monsieur Cuisine back into its range. The popular Alternative to the much more expensive Thermomix from Vorwerk can now be ordered online. 500 recipes with step-by-step instructions are stored on the food processor. Further recipes are available in a free database that can be accessed via WLAN. Favorite recipes can also be saved as favorites. The price is 399 euros (look at Lidl).

In terms of the basic principle, the Thermomix and the Monsieur Cuisine machine do not differ. The inexpensive alternative to the Thermomix offers several automatic programs (Kneading, steaming and searing) and has ten speed settings. There is a left and right rotation function that can either knead or chop ingredients.

This is what the multicooker from Monsieur Cuisine offers:

More details in the video:

The multicooker from Monsieur Cuisine offers a large part of the functions that are similar or similar to the expensive competition from Vorwerk can be found. But it is also clear that the higher price of the Thermomix is ​​justified by more choice. However, if you are satisfied with a little less at a much lower price, you should take a closer look at Lidl’s range. The Krups CZ7101 Cook4Me +, which is available on Amazon for less than half the price (check it out on Amazon), is even cheaper. But it can also do significantly less.