In the post-apocalyptic game Showa, the Japanese buy the US -apkrig 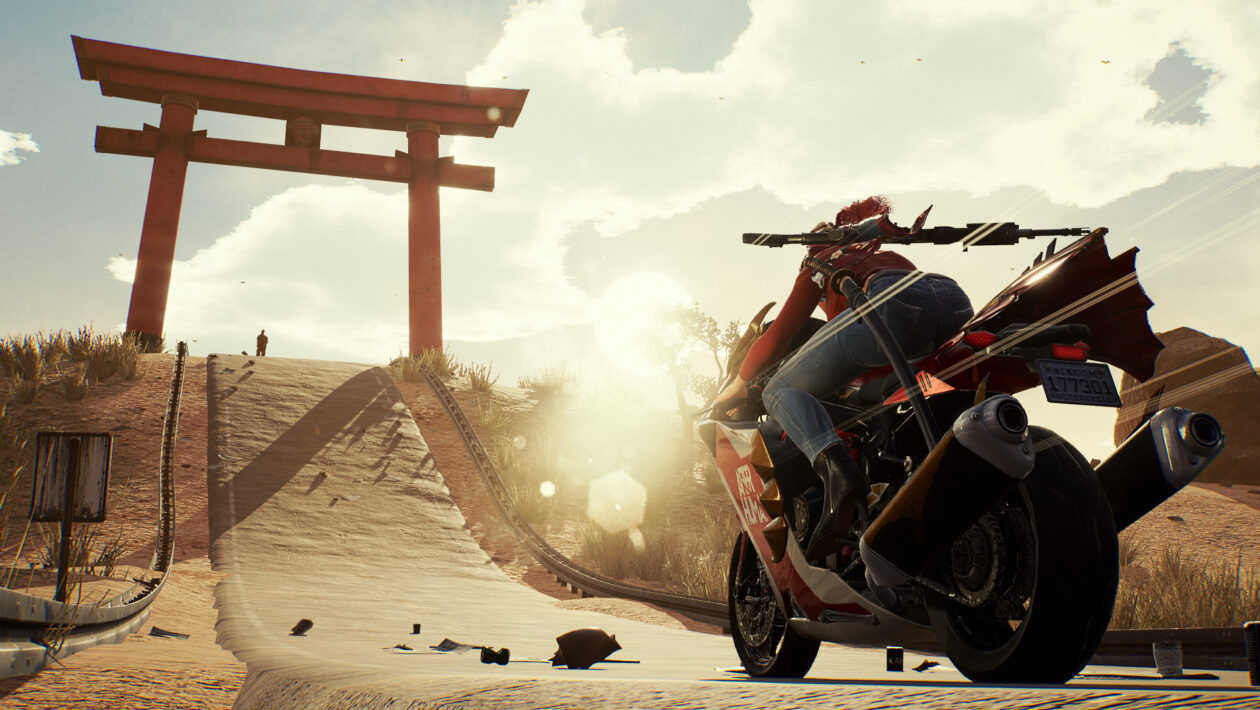 At the beginning of the year, there were indications that developers from the Chinese studio Nekcom will present their new title. Despite working hard to complete the logical horror film Dying: 1983, which was announced in December 2020 and should arrive this year, there was talk of a mysterious SAS project, which was attracted by a picture detailing women’s shoes and a motorcycle. A few days later, we officially learn about the game Showa American Story, which at first glance does not deny its Asian origins, but its theme and visual processing make it very attractive. In the newly introduced title, we will look at the United States, which, however, lost its power and was largely bought by Japan, which is also reflected in the purely Eastern decorations on typical American landmarks.

However, this is only one of the consequences of the development of the world in the mentioned game, which the inhabitants of the USA, and therefore the players, have to deal with. A country in which there is room for clashes between previous and new inhabitants will be hit by a mysterious cataclysmic event, which will disrupt social order and contribute significantly to the gradual disintegration of the country, no matter who may be affected by its cultural influence. What’s more, zombies flood the country and people, rather than their true place of origin, become interested in how they can survive in an inhospitable environment and what they can do to bring life back to normal. My 19-year-old protagonist, who is also just not ordinary, has to try. Choko, as the girl’s name is, rises from the dead in unspecified events and begins to find out what actually happened, who is to blame and how the situation could be remedied.

What do we know about the story of the main heroine Choko?

Nineteen-year-old stuntwoman Choko and her sister come to Hollywood – now named New Yokohama – to audition for a role in a new film. But upon arrival, they are murdered by mysterious agents, Choko is buried in the wilderness on the outskirts of New Yokohama, and her sister is missing. An unspecified amount of time passes and the air refills the heroine’s lungs as he comes to life and climbs out of his grave. Miraculously, he’s alive again, but there’s something wrong with this world. Zombies, monsters and a few remaining people roam the streets, vying for precious resources. The criminal underworld is at war with each other and the mysterious organization is fighting for the restoration of social order. Choko goes for her caravan, gets him out of the rubble of the film studio, and sets out across the United States to find her sister.

To this end, it sets out across the United States and seems to be facing a lot of fights in particular. The developers talk about the mysterious power that Choko will gradually control and the opportunity to engage in clashes with monsters and monsters far beyond her body constitution. Nevertheless, thanks to many weapons and that power, he manages to clear up hordes of enemies, dodge attacks, shoot, chop and do anything that can exceed the size of an action RPG and approach purebred hack’n’slash gameplay. The developers beyond the first trailer have not yet discovered how sophisticated the combat system will be, but the attractive offer of Showa American Story does not end there either.

As you probably already felt from the pictures, the game has a very interesting visual style, in which it celebrates the era of the 80’s. According to the developers, the game should be literally overcrowded good old memories, which can include style of dressing, music, but of course also artifacts such as videotapes or walkmans. What’s more, Choko will be moving around the United States in a caravan, which is sure to add to the overall atmosphere and underline the slightly cyber-punk touch that can be felt in the game. In addition to fights, self-examination will play an important role so that Choko always has enough equipment or can expand her repertoire with newly discovered pieces. Nostalgic mini-games are also waiting for the players, which will undoubtedly serve not only for short entertainment, but also to gain additional experience, suitable for the further development of the main heroine.

The developers on the game’s official website have confirmed that they will not take napkins, and players can therefore look forward to a fairly naturalistic portrayal of some scenes, lots of different and not always completely friendly side characters and a literally inexhaustible number of items referring to 80’s pop culture. We don’t know when Showa American Story will arrive, but it is certain at the moment that the game Nekcom counts exclusively for PC and PlayStation 4 and PlayStation 5.