In Immortals Fenyx Rising we will soon go to China -apkrig 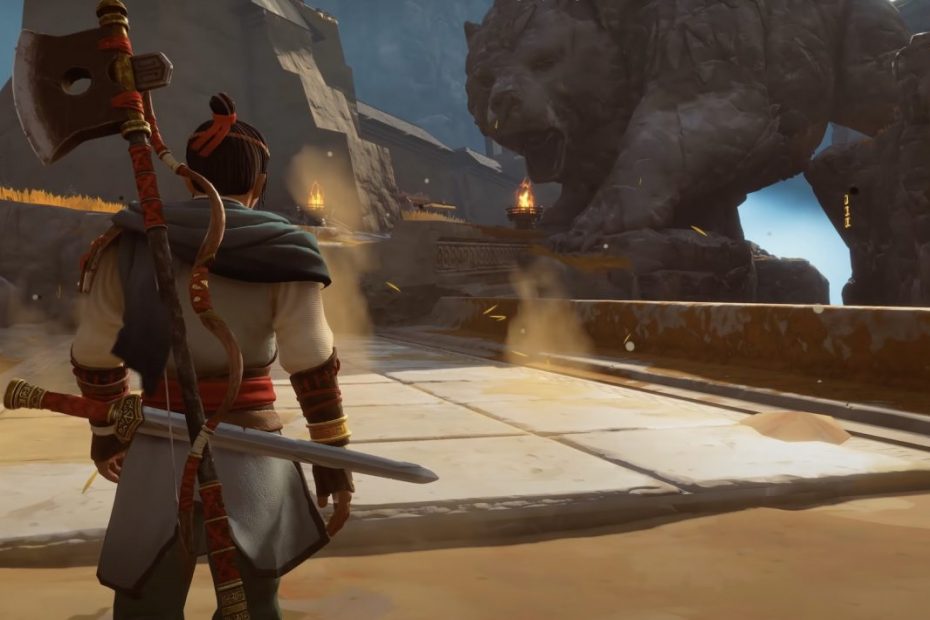 Ubisoft has announced that it will expand the second big paid DLC Myths of the Eastern Realm into Immortals Fenyx Rising this month. This will fundamentally change the current adventure, because on March 25 we will go to a new country with a completely new hero. Ubisoft Chengdu Studio was inspired by attractive Chinese mythology and the expansion will come with a new open world, characters, a story and a protagonist named Ku.

According to the developers, Ku must restore the balance between heaven and earth.

He embarks on a painful journey to save mortals in a whole new area, where he will fight in a unique style with brand new monsters and other enemies. According to the developers, Ku must restore the balance between heaven and earth. Personally, I have to say that before the release of the full game, I was most looking forward to this shot thanks to its setting, so I’m very curious how the Ubisoft Chengdu studio will succeed in building on the original. Will it really be something else, or just more of the same in a different jacket?

A new quest called We Are Not Alone is already offering a tasting of the expansion after the last update. It is a challenge in the clouds and, of course, a thematic reward awaits you for fulfilling it. But there is no need to complete the task in order to immerse yourself in the expansion of Myths of the Eastern Realm. DLC is part of the season pass, it can be purchased separately or obtained as part of an Ubisoft + subscription.

This is followed by another DLC. However, this will take us back to Greek mythology. DLC The Lost Gods follows the story of the original game and the first expansion of A New God, in which Fenyx was to become a full-fledged god. The hero of the third expansion is the newcomer Ash, whom we will follow for a change from an isometric bird’s eye view, similar to Diablo, for example. Ash embarks on a new adventure on another island. Even Ash is trying to restore the balance of the world. The authors in this DLC entice us to a different gameplay, reworked duels, new abilities and a new system of upgrades.

Cities around the world are in danger and doom. The new god Fenyx believes this is due to the fact that some gods left Olympus. He wants to help reunite the gods, but he cannot intervene alone. Therefore, he calls for the help of a mortal named Ash, who has never lost faith in the gods. The young hero tries to persuade the rebellious gods to return to Olympus to help save the world. Each of them had a different reason to leave the pantheon, which you have to solve. Of course, Fenyx will give you a helping hand.