How to watch Jeff Bezos’ space flight live on stream 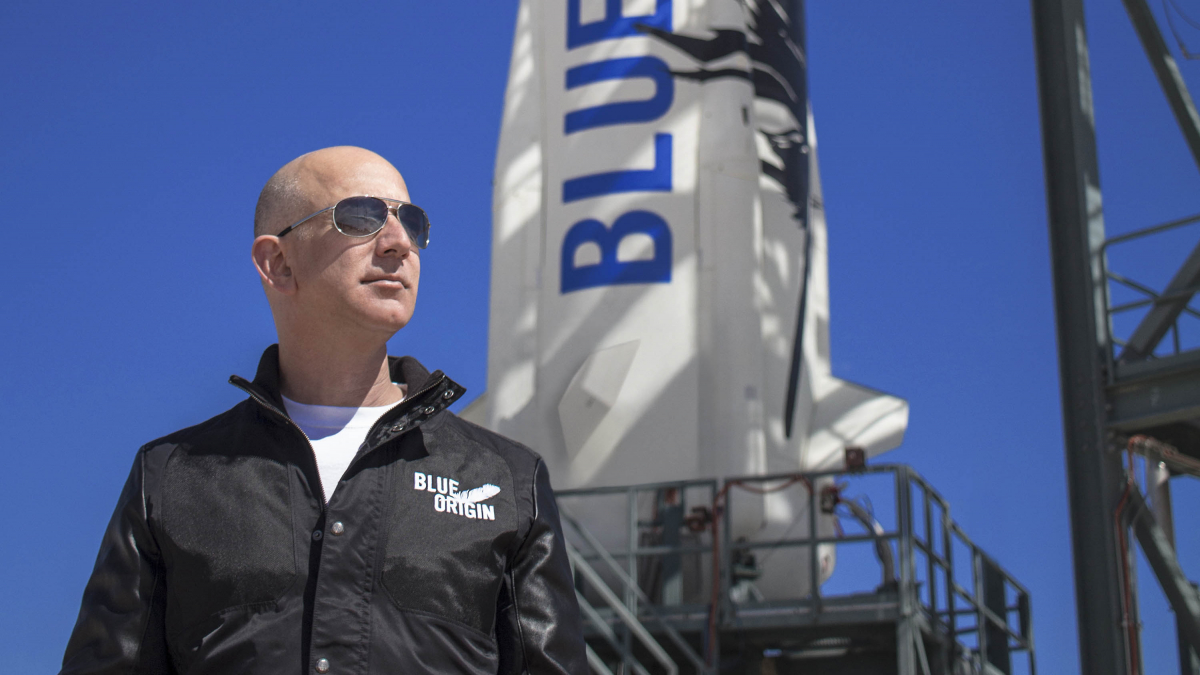 Four passengers, no pilot: it starts on Tuesday around 1:30 p.m. Here is the latest information about the Blue Origin mission.

Amazon founder Jeff Bezos may be number one in many cases, but at least in this category he had to admit defeat: The first passenger on a privately organized space flight was not Bezos as planned, but nine days ago the British Richard Banson. Nevertheless, Bezos wants to try it anyway with his space company Blue Origin – especially since his mission differs in many respects.

If the weather cooperates, Bezos will take off from Launch Site One in Texas on Tuesday, July 20, around 3 p.m. German time. The live stream starts 90 minutes earlier, i.e. at 1:30 p.m. and is on the website Blueorigin.com to see a Youtube stream is apparently not planned. The hashtags on social networks are #NewShepard and #NSFirstHumanFlight, the official Twitter account is @BlueOrigin. Incidentally, the date was chosen deliberately: the first moon landing took place exactly 52 years ago.

Jeff Bezos won’t fly that far, even if New Shepard is a real space capsule that is launched into space with a rocket. After two minutes and 45 seconds, the capsule is detonated by the launcher, which then flies back to Earth and lands on its own. The capsule flies further up to an altitude of about 106 kilometers – and thus over the so-called Kármán line of 100 kilometers, which Jeff Bezos see as a “real” boundary to space (and which Richard Branson did not reach).

Nevertheless, Bezos’ flight is also a suborbital flight, since it does not escape the earth’s gravitational field. After a total of around 11 minutes, the capsule floats gently back to earth by parachute.

The New Shepard capsule (the named after Alan Shepard, the first American in space) can carry up to six passengers, but this time there are only four of them. In addition to Jeff Bezos personally, both the oldest and the youngest space passenger will be on board: 82-year-old Wally Funk, who worked as a flight instructor for many decades, and 18-year-old Dutchman Oliver Daemen, who got the ticket at short notice because the original one Ticket holder had a “deadline problem” even though he spent 28 million on it. No joke. The fourth in the group is Bezos’ younger brother Mark. By the way, New Shepard doesn’t need a pilot, everything runs automatically – another difference to Richard Branson’s mission.

It is the 16th flight from New Shepard in total, but the first to include passengers. Various emergency mechanisms are intended to ensure that the capsule is separated from the missile sooner in the event of problems. Nevertheless, as with all missile missions, there is a not inconsiderable risk: The first few seconds after the launch are particularly crucial.

Why are four civilians putting themselves at such risk? In the case of Jeff Bezos, of course, it also has a financial background: Blue Origin wants to promote space tourism and at the same time is convinced that people will one day live off earth. New Shepard should do its part.