How to fix Samsung Galaxy Note 4 not charging issue

Not loading or slow loading is a very common problem of most Android devices and it is true for Samsung Galaxy Note 4 as well. Many users are faced with this Samsung Galaxy Note 4 not charging issue. If you are one of those users, here are some fixes that can be followed to resolve the issue.

There could be several reasons for Samsung Galaxy Note 4 not charging problem and the solutions are given below: You can also read Android device battery saving tips to help your device last longer.

Step 1: use the correct charger
First of all, make sure you are using the Samsung charger and cable that you received when you purchased your Galaxy Note 4 device. The reason for this is that different chargers have different voltage ratings and a different charger may not work for the Galaxy Note 4.
Also, try charging the phone from an electrical outlet if it is charging from your laptop or PC.

Step 2: Let the device charge for a while before using it
Sometimes it happens that the battery of the Galaxy Note 4 becomes completely discharged and it takes a few minutes to start charging. So it is recommended to let the phone charge for at least 30 minutes before using it.

Step 3: repair the USB port
The first step is to check the USB port as the problem can arise if the microUSB charger and USB port are not making good contact. It could be a manufacturing problem or it could be caused by constant plugging and unplugging.
So, take the battery out of the phone after turning it off. Take a small object like a toothpick and align the tab on the phone’s USB port. Now put the battery back in and check it. 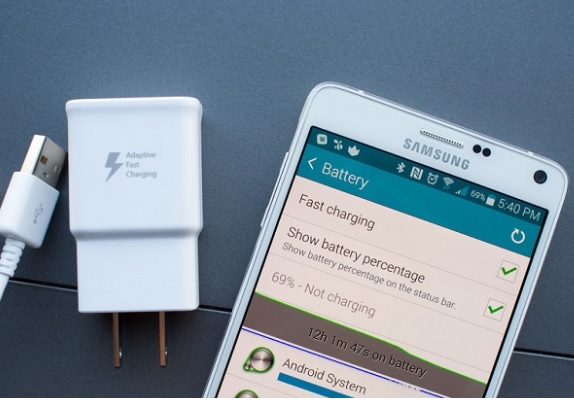 Step 5: clean the connector
Sometimes dirt builds up in the charging port, blocking the connection. As a result, the problem “Samsung Galaxy Note 4 does not charge” occurs. So take a look and if you see dirt present, use a small needle to clean it up, but do it carefully.

Step 6: Update or rollback the operating system
The Android version plays a big role. So, if you’re using an older version of Android, update to the latest version to see if the problem is resolved. However, if the case is the other way around and you have already updated and the problem has been occurring since then, you should roll back to the earlier version to resolve the issue.

Step 7: check the battery
If all of the above doesn’t work, then you may have a defective battery. Remove the battery and try another battery if you have one and see. If it works normally, replace the battery and everything will work fine.