How to Fix Galaxy S6 Screen Won’t Turn On Problem 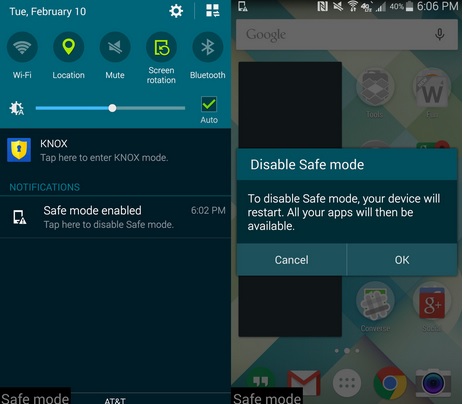 The Galaxy S6 and Galaxy S6 Edge were introduced a few months ago. Once in the market, they started selling like any other previous generation Galaxy phone. Now the users have been using their Galaxy smartphones for some time and over time they have realized that there are some minor issues with the phone. These issues are not really big problems and they can be fixed with the help of a few minor fixes. Now one such problem that has been noticed by the users of the Galaxy S6 phones is the screen won’t turn on problem. In this problem, the Galaxy S6’s buttons light up as they normally do, but the screen does not turn on and stays black.
One of the first things you need to do when you face Galaxy S6 screen not turning off problem is to check that the Galaxy S6 screen is not experiencing low battery issues. So in this case, it is recommended that the user should plug the phone into a power source. Well, if the screen still does not appear even after connecting the Galaxy S6 to the power source, then there might be another problem and so we suggest a few ways to fix this Galaxy S6 screen not turning on problem.
If you are having other issues with your Galaxy S6 such as slow WiFi, battery drain issues etc, visit Technobezz, all the solutions can be found there.
See also- How To Fix Galaxy S6 Overheating Problem

Press and hold the power button

The first solution that you can try, if you are facing a problem the Galaxy S6 screen does not turn on, is to connect your phone to a power source and then after waiting for 15-20 minutes just press and hold the power Button. It could be that your Galaxy S6 does not turn on because it does not receive enough charge for the screen. So plug it into a power source and then try to turn it on. After connecting the phone to the power source, press and hold the power button for at least 20-30 seconds. The phone may then turn on after a few seconds. If it doesn’t, just continue with the instructions below.

If the above procedure didn’t help then you can try starting your Galaxy S6 phone in Safe Mode. Namely, it could be that the problem is caused by a third-party app. So if you booted the phone into Safe Mode, no third-party app would be active and only the most necessary apps would be running. This is a great way to ensure that a third-party app isn’t causing the problem. This could be able to fix the Galaxy S6 screen not turning off an issue in case the problem is caused by some third party apps. And if the problem started after installing a particular app, you can simply uninstall it.
To start the Galaxy S6 in Safe Mode, press and hold the power button until the screen with the Samsung logo appears. When the screen with the Samsung logo appears, you can release the power button, then hold down the volume down button. If you have successfully followed the prescribed steps, the phone will start up in Safe Mode and you can confirm this by seeing a small logo that says Safe Mode in the lower left corner of the phone. After that, just uninstall the app causing the problem and you can also try hard reset your phone.

Boot into recovery mode and wipe the cache partition 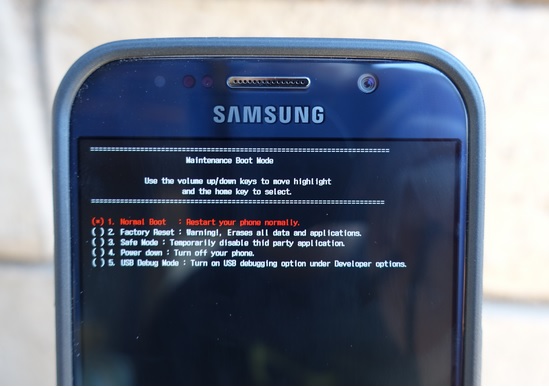 If the above two steps didn’t work, you need to boot the phone into recovery mode and then wipe the cache partition. To do this, you need to press and hold the Power, Volume Up and Home buttons at the same time. Now when you see the Samsung logo, you will see the recovery mode at the top in blue color.
Now use the Volume Up and Down buttons to navigate to the Clear Cache option and select it using the On / Off button. Complete the process by rebooting the system.
These procedures could help you fix Galaxy S6 screen not turning off an issue.