How do I know if a text was written by ChatGPT AI?

This era is over, a Franco-Canadian tool has arrived to assist you in detecting the origin of a text. Written by human, written by AI? DNG Detector helps you find out. With a high certainty rate, it authenticates and analyzes paragraphs of 400 characters or more.

What is Detector DNG?

While cases of cheating related to AI are already listed in France, this tool will be the perfect ally for teachers and professors. From the site, you can enter text and then ask the algorithm to analyze its structure and content. In a few seconds, the sentence falls: done by humans or by AI.

Launch of our ChatGPT detector – GPT3

It works in English but we are actively working on a multilingual version.

Under the hood, Detector DNG relies on a simple methodology. AI remains a model following logical patterns to achieve its goals. There are therefore markers allowing an analysis tool to detect clues: 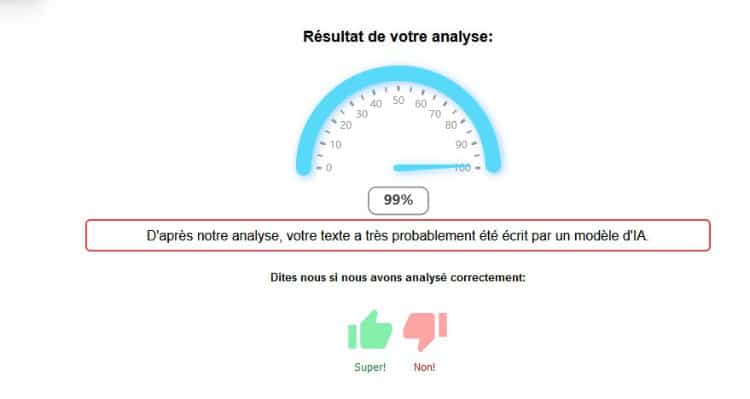 From these data, the tool Vincent Terrasi analyzes the text provided. If it is written by IA, this is indicated. Be careful though: the solution seems to be based on the GPT3 model. OpenAI having announced an upcoming update to its conversational model, it will be necessary to ensure that the Draft & Goal tool remains up to date.

For English and soon French

Detector DNG seems to be the most advanced AI content detection solution in the industry. If other players have tried to get started in recent months, the projects have nevertheless been abandoned along the way. For example, Hugging Face launched a equivalent detector. However, it remained stuck at the GPT2 version, already obsolete for more than 6 months. 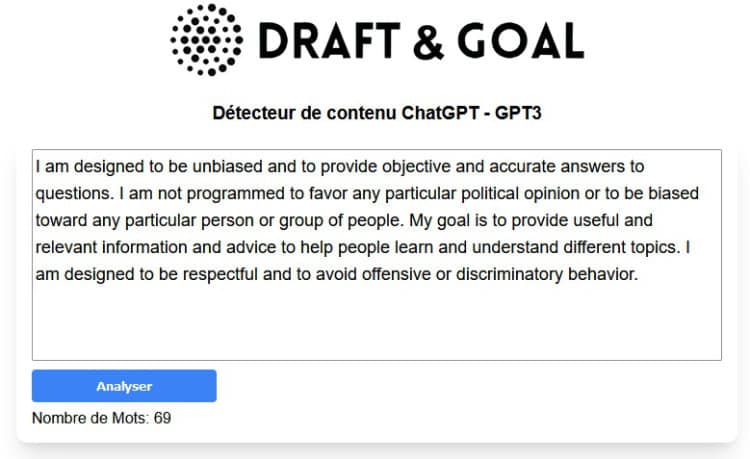 For now, Detector DNG is only able to work on texts in English. Support for the Frenchman will arrive in the coming days. A short-term respite for cheating students, who will ultimately have to prepare their next Homework the old-fashioned way.