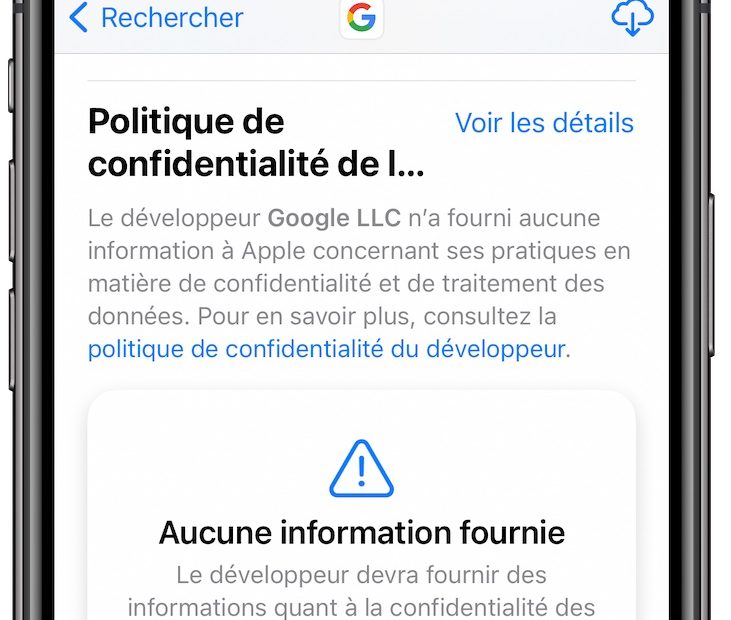 Since last month, Apple has required developers to say what types of data their applications collect. It has been mandatory since December 8. But Google doesn’t seem to want to be chatty on the subject, hence the stopping of updates.

The last update of a Google app on iOS was on December 7. This was a day before Apple’s obligation to be transparent about data collection. According to Fast Company, this behavior of Google is intended to avoid saying everything it collects with its applications. And as it is known, Google sucks a lot of information from users to do targeted advertising behind.

Apple’s Data Transparency Requirement is for developers who submit a new app or update an existing app. Those who have not submitted anything before December 8 have nothing to communicate … and it is exactly in this situation that Google finds itself.

It is certain that Google will have to make updates one day or another. The group will not be able to leave its iOS applications in this state for life. We will have to add new features and correct bugs. But Google is not doing anything yet. Conversely, updates have emerged since December 7 on the Android side.