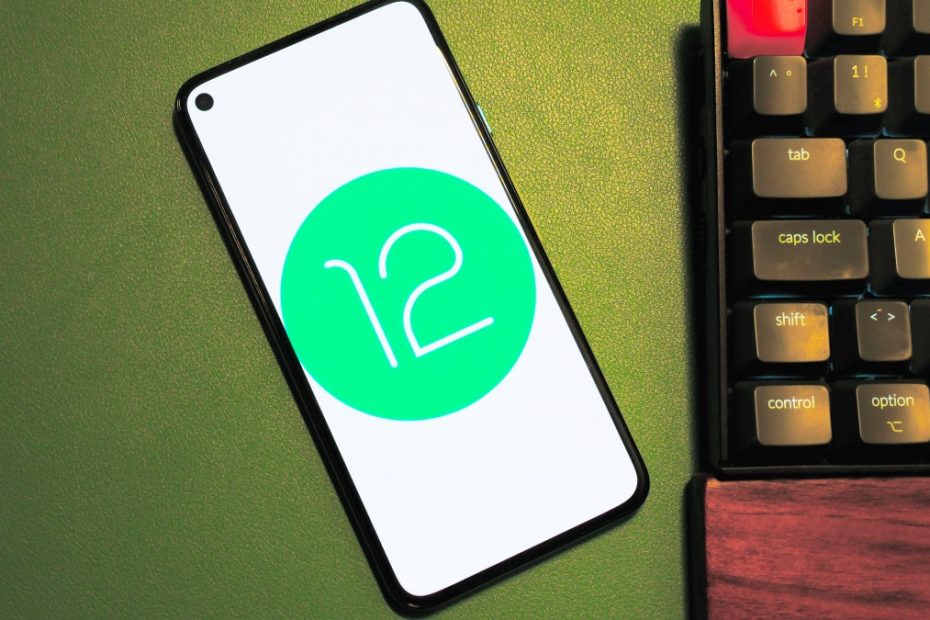 Android 12 is official. Google has published the first developer preview and named new functions of the major update. Developers can now flash the software on compatible Pixel smartphones.

With the Release of the first developer preview Android 12 begins a month-long update journey, which is expected to lead to the release of the final version in September. The new version has some innovations ready, some of which were already leaked in advance.

On the user side, Android 12 has some innovations up its sleeve: As previously leaked, the notifications received a major design revision. According to Google, it will be more modern, user-friendly and functional with the update. With the first pre-release version, Google is initially bringing changes to the drawer, the controls and even the templates themselves. In addition, transitions and animations of the entire system are being optimized to make them smoother. As part of the update, app notifications targeting Android 12 will be decorated with custom content.

In addition, notifications should be opened more responsively for prompt interaction. When you tap it, you will jump into the app immediately without waiting. For this user experience, developers should ensure that tapping a notification directly triggers the start of an activity.

In the immersive full-screen mode, for example when watching a video or playing a game, the gesture navigation has been changed to make it easier and more consistent. Even after the update, Google Apps still protect against accidental gestures in the full-screen view; in all other full-screen or immersive experiences, the manufacturer changes the default setting so that the smartphone can be navigated with a swiping movement.

As with the releases of the developer versions in previous years, Google has not yet mentioned all of the new features that will be included in Android 12. Nevertheless, the article in the Android developer blog, which is extremely technical by Google standards, reveals some features.

The new functions already mentioned include the improvement of data protection and privacy. With Android 12, users get more transparency and control while their devices and data remain secure, explains Google. The new OS version gives more control over so-called identifiers, which can be used for better tracking, more secure default values ​​for app components and more.

In the announcement, Google advises developers that the changes could affect their apps and advises them to test the new features as soon as possible. In addition, further data protection and security functions are to be added with the upcoming preliminary versions in the coming months. Also the security of business smartphones was touchedto give admins better control.

In addition to the recurring topic of privacy in the last Android versions, Google is focusing on an optimized user experience with Android 12. According to the company, the focus is on supporting the HEVC format for apps that do not support the codec. This is achieved with the help of a transcoder that converts HEVC into the more widely used AVC format. Next, Google integrates with Android 12 support for the AVIF formatthat offers better image quality and compression than Jpeg.

With Android 12, the AVIF format is moving into Google’s OS. (Image: Image comparison from AVIF has landed by Jake Archibald)

Another Android 12 feature is the improved integration of rich content: users love images, videos and other expressive content; inserting or moving such content in apps is still sometimes cumbersome. To make receiving rich content easier, Google is introducing a unified API that can accept content from any source, explains Google. It doesn’t matter whether the content comes from the clipboard, the keyboard or drag & drop.

For a smoother system, Google is introducing Android 12 optimized “Foreground Services”. Foreground services are an important way for apps to manage certain types of user-side tasks; However, if they are used excessively, they have a negative impact on system performance, according to Google, which could lead to an app crashing. To ensure a solid user experience, Google will block foreground services from the background for apps that target the new platform.

Other new functions include audio-coupled haptic feedback. This feature can be used by video telephony apps, for example, to set user-defined ring tones, including the corresponding vibration, by which the caller can be identified. The simulation of rough terrain in a racing game is also possible.

With the new multi-channel audio feature, Android 12 brings all sorts of extensions for spatial audio information. The update brings support for MPEG-H playback in passthrough and offload mode. In addition, audio mixers, resamplers and effects have been optimized for up to 24 channels (the previous maximum was eight).

With Android 12, Google’s so-called Project Mainline plays a role again. The aim of the project is to remove parts of the Android update from smartphone manufacturers and to import them themselves via the Google Play services.

In Android 12, Google adds the Android Runtime (ART) module, which can be used to carry out updates for the runtime environment and the libraries on devices. In this way, Google can optimize runtime performance and correctness, manage memory more efficiently and speed up Kotlin operations without having to perform a full system update. Apart from that, Google declares that it has expanded the functionality of existing modules. For example, the developer can perform a seamless transcoding function within an upgradeable module.

Google is also offering the first update to Android 12 not only for its smartphones, but also for Android TV. With the preview version, Google is not only bringing the new Android functions to the television, but it is also bringing the new Google TV user interface into the system, which Google released with its Chromecast with Google TV in October. Developers need the ADT-3 developer kit for Android TV development.

Android 12 Beta 1 is available for download for Pixel devices

As in previous years, the first developer beta is only available on Google’s own pixel smartphones to be installed. The following models are supported:

The system image can only be flashed manually; the beta program, with which a new Android version can be installed over-the-air, will only be activated at a later date when the public beta is released. Developers without a Pixel device can use the 64-bit system images with the Android emulator in Android Studio.

As in previous years, Android 12 is updated in monthly cycles; Google wants to achieve platform stability in August, so that the major update may be released again in September.

More on the topic: Android 12: Google wants to make it easier to use alternative app stores